×
You are here: Home / Food Colourings 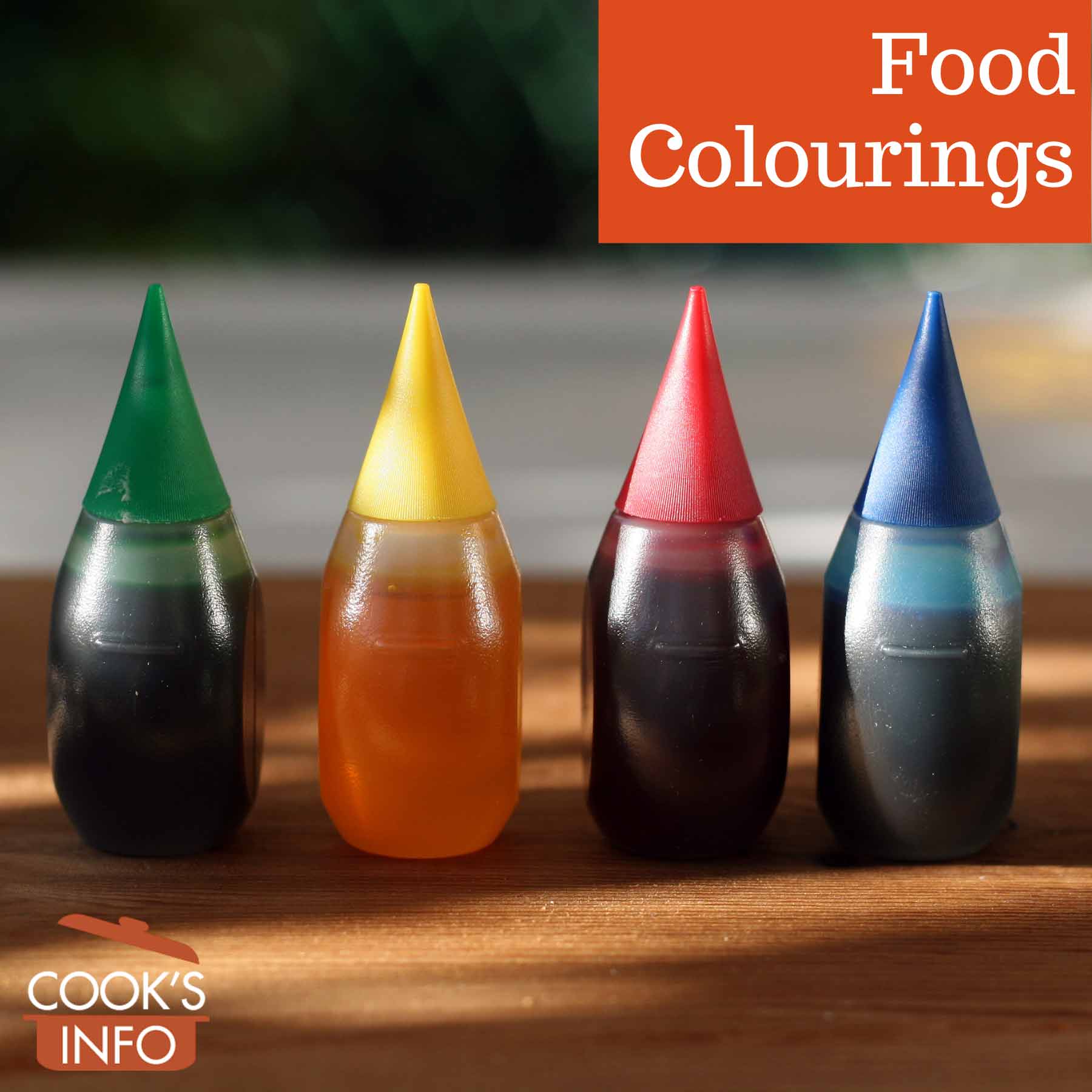 A food colouring is a substance, liquid or dry, used to add colour to a food item.

The substance may add colouring as an additional benefit of its use (e.g. Lady’s Bedstraw both curdles milk for cheese, and colours it); or, the substance may have no other purpose or effect upon the food than to add colour.

The one constant taken as a given in a food colouring is that it must be safe for consumption.

Though there are natural food colourings (see substitutes), “food colourings” as a phrase is generally taken to be man-created, artificial ones, though they are just as likely to be “man-extracted” from natural sources.

The use of food colourings is regulated by governments to ensure that they are safe. Despite that, some controversy continues. Some people believe that food colourings affect children’s behaviour, being the reason for their temper tantrums. Some allergic reactions continue to be identified, particularly from food colourings which are derived from natural sources, such as that caused in some people by cochineal extract.

For home use, food colourings come in two forms: liquid dyes, usual in the primary colours of blue, green, red and yellow, and in pastes.

The pastes are better for foods that are higher in fat or just low in liquid that won’t absorb the liquid dyes well. The pastes are also called “gels.” The pastes come in many designer colours, including fuchsia, teal, sky blue, etc.

Add food colouring a drop at a time, as the colour is very intense.

If you don’t like the idea of artificial food colourings, you can use annatto or the roots of Lady’s Bedstraw for red or orange, or saffron for yellow (neither of which impart any real flavour.) Turmeric will colour food yellow, but will also add its flavouring. Beets and carrots were historically used to colour some items such as cheeses, but they will affect the flavour.

Store liquid food colourings for up to 4 years on a shelf, and paste ones indefinitely.