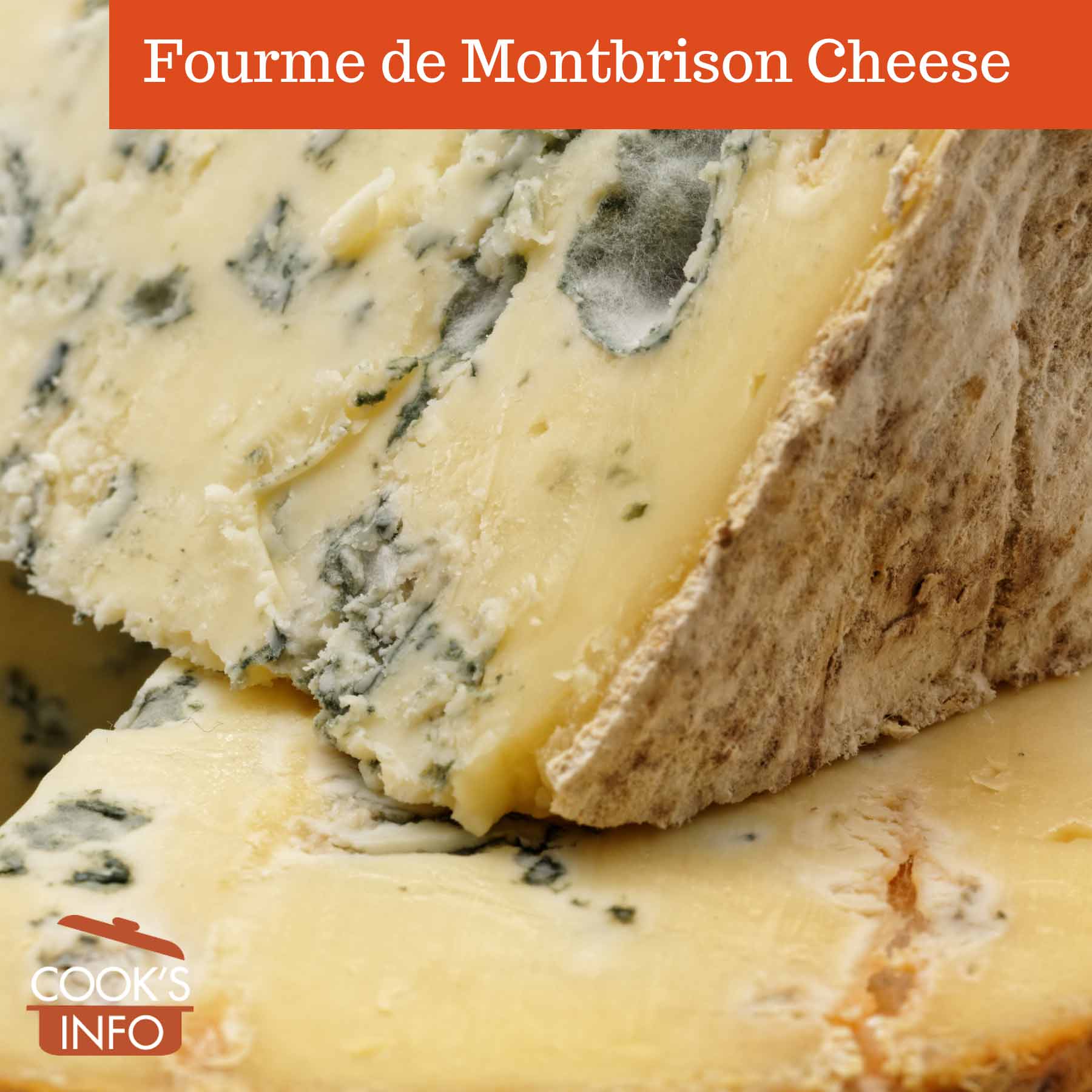 Fourme de Montbrison is a firm blue cheese with a slightly rough, orangish-reddish rind made in a tall, cylindrical shape. Inside, it is supple and pale yellow.

It has a mild taste with less hint of salt than many other cheeses. Some people think they taste nuts and mushrooms in the flavour.

It is made in and around Montbrison in Auvergne, France, throughout the year except in the spring.

Making Fourme de Montbrison Cheese starts with raw milk from Montbéliardes cows that graze in the Haut-Forez area. The milk is collected from 33 different villages, and heated to 32 C (90 F). Rennet is then added, along with penicillium roqueforti, and the milk is let stand to curdle for an hour. The curd is then cut, mixed and pressed to get more whey out. The crushed curd is moulded with salt, then removed from the moulds and placed on pine wood shelves for a week. The wood shelves both act as a host for the cheese bacteria, and help to draw more moisture out of the cheese. During this period, it’s turned a quarter of a turn every 12 hours, to allow the rind to develop its colour.

After this, the Fourme de Montbrison Cheese is aged in a cave for a minimum of 28 days, again on racks of pine shelves, at a temperature between 8 to 10 C (46 to 50 F). After 8 days in the cave, the cheeses have holes poked in them with long needles to allow air in. The cheeses may then be aged up to 5 months by cheese agers. 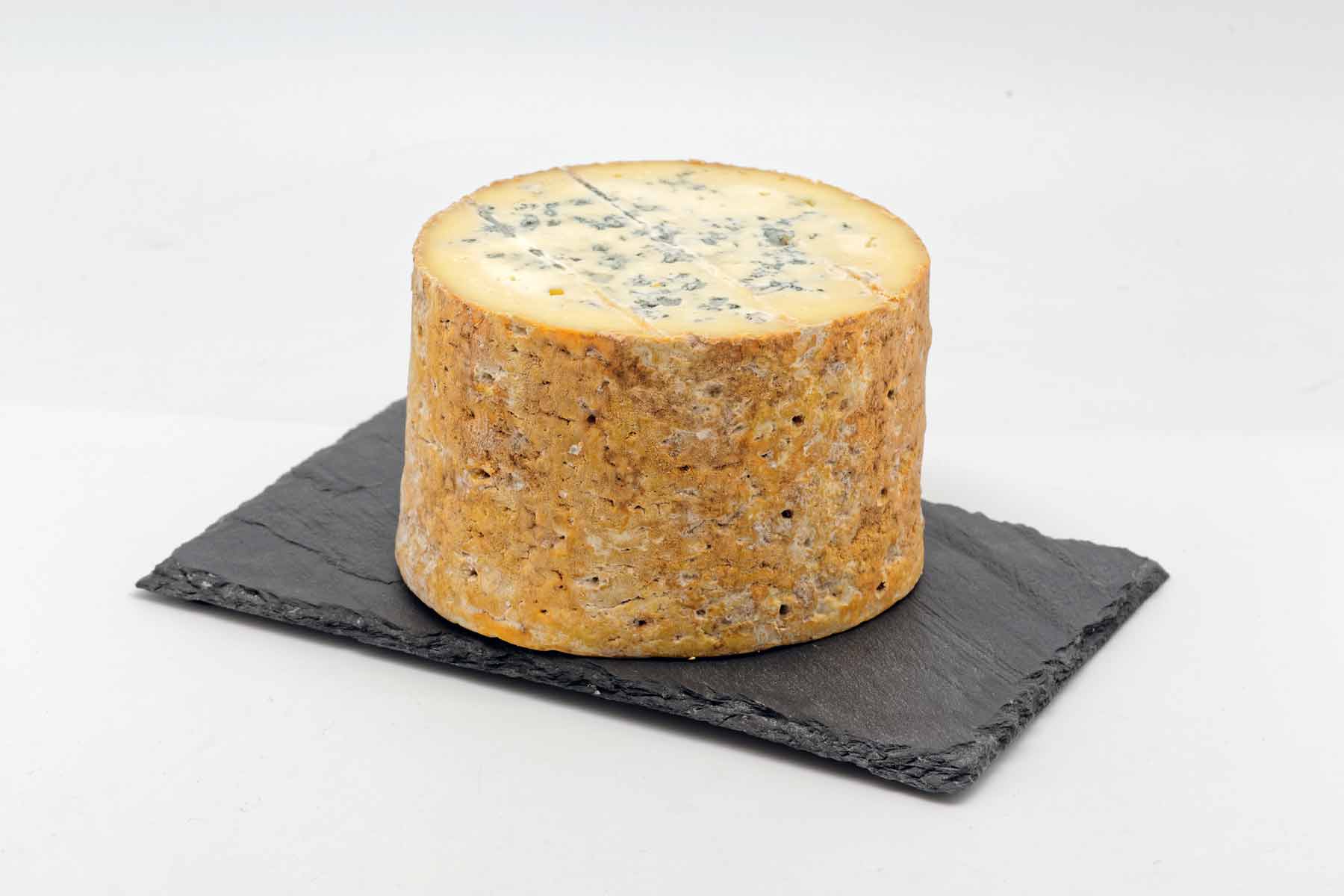 You cut a Fourme de Montbrison cheese cylinder in horizontal slices, not wedges.

Fourme de Montbrison was made on farms in out buildings used only in the summer, with straw roofs, called “Jasseries.” The cheese was made up on the mountains, and then sold either at the market in Montbrison, or the market in Ambert.

The cheese received its French AOC status on 9 May 1972 in partnership with Fourme d’Ambert cheese, with the rules governing it modified in 29 December 1986.

On 24 February 2002 it received its own separate, stand-alone AOC.

The differences between Fourme de Montbrison and Fourme d’Ambert are very slight, but the Montbrison people wanted their own AOC to reflect its being made on different “terroir” (“soil.”)

“Fourme” in French means “mould”, as in the container that the cheese is put in to get its shape.

This web site generates income from affiliated links and ads at no cost to you to fund continued research · Information on this site is Copyright © 2022· Feel free to cite correctly, but copying whole pages for your website is content theft and will be DCMA'd.
Tagged With: Auvergne Cheeses, Auvergne Food, French Cheeses