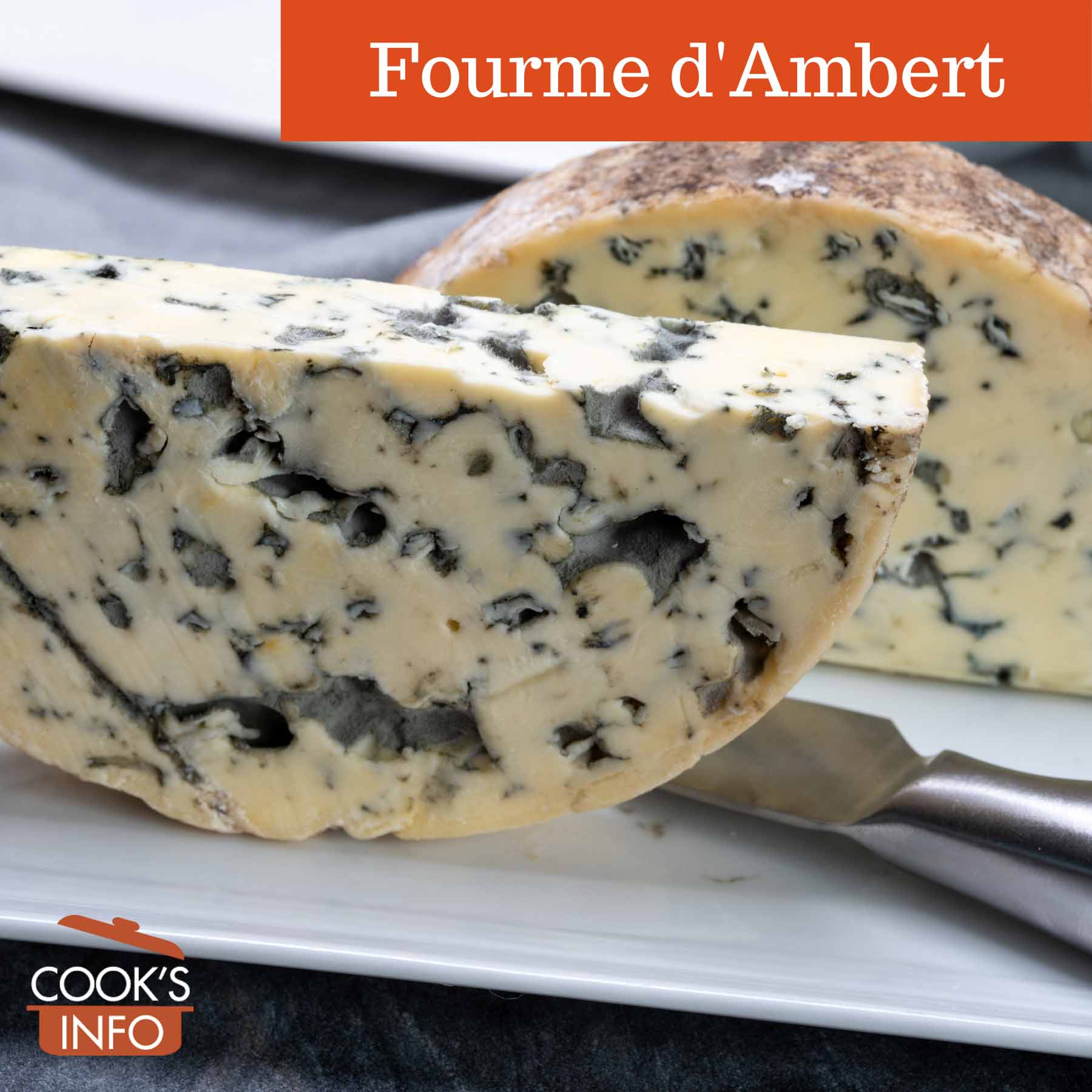 Fourme d’Ambert cheese is a blue cheese made in the French départements of Loire and Puy-de-Dôme, and in the Cantal region of eastern Auvergne, around Saint-Flour.

It is creamy, with a milder and less salty taste than many other blue cheeses. Some people think they detect a touch of anise in the taste; others say they taste nuts and mushrooms.

Fourme d’Ambert cheese has a rough, greyish crust mottled with brownish-red or yellow patches. Bluish-green veins of mould forms in disconnected spots inside the cheese.

The milk used is raw milk from Montbéliardes cows. The milk is heated to 32 C (90 F), then curdled by the addition of calf’s rennet. Penicillium glaucum bacteria is added at the same time. The curd is cut, and stirred for about an hour with the temperature not raised any further. The curd is then put into moulds, but not pressed, and allowed to drain for 24 hours. Then the moulded cheeses are salted. There are some makers who instead of salting the outsides of the moulded cheeses prefer to submerse the moulded cheese in brine; still others prefer to put the salt right in the curd mixture.

The cheese then has holes poked in it, and is aged in caves anywhere from 1 to 5 months, for an average time of 2 months. Some cheeses are sold onto cheese agers (affineurs).

Fourme d’Ambert cheese is sold in slices cut horizontally, and wrapped in foil.

Some people date Fourme d’Ambert cheese back to the Middle Ages; more ambitious souls push it back to the Druids before the arrival of the Romans.

The cheese used to be made only in the summer time in farm out buildings with straw roofs, called “Jasseries.”

Cheese factories making Fourme d’Ambert cheese existed at the start of the 1900s.

Fourme d’Ambert cheese received its French AOC status on 9 May 1972 in partnership with Fourme de Montbrison cheese, with the rules governing it modified in 29 December 1986.

On 24 February 2002 Fourme d’Ambert Cheese received its own separate, stand-alone AOC. The differences between Fourme de Montbrison and Fourme d’Ambert are very slight, but the Montbrison people wanted their own AOC to reflect its being made on different “terroir” (“soil.”)

“Fourme” in French means “mould”, as in the container that is used to shape the cheese. A village called “Ambert” was the centre of production for Fourme d’Ambert cheese. 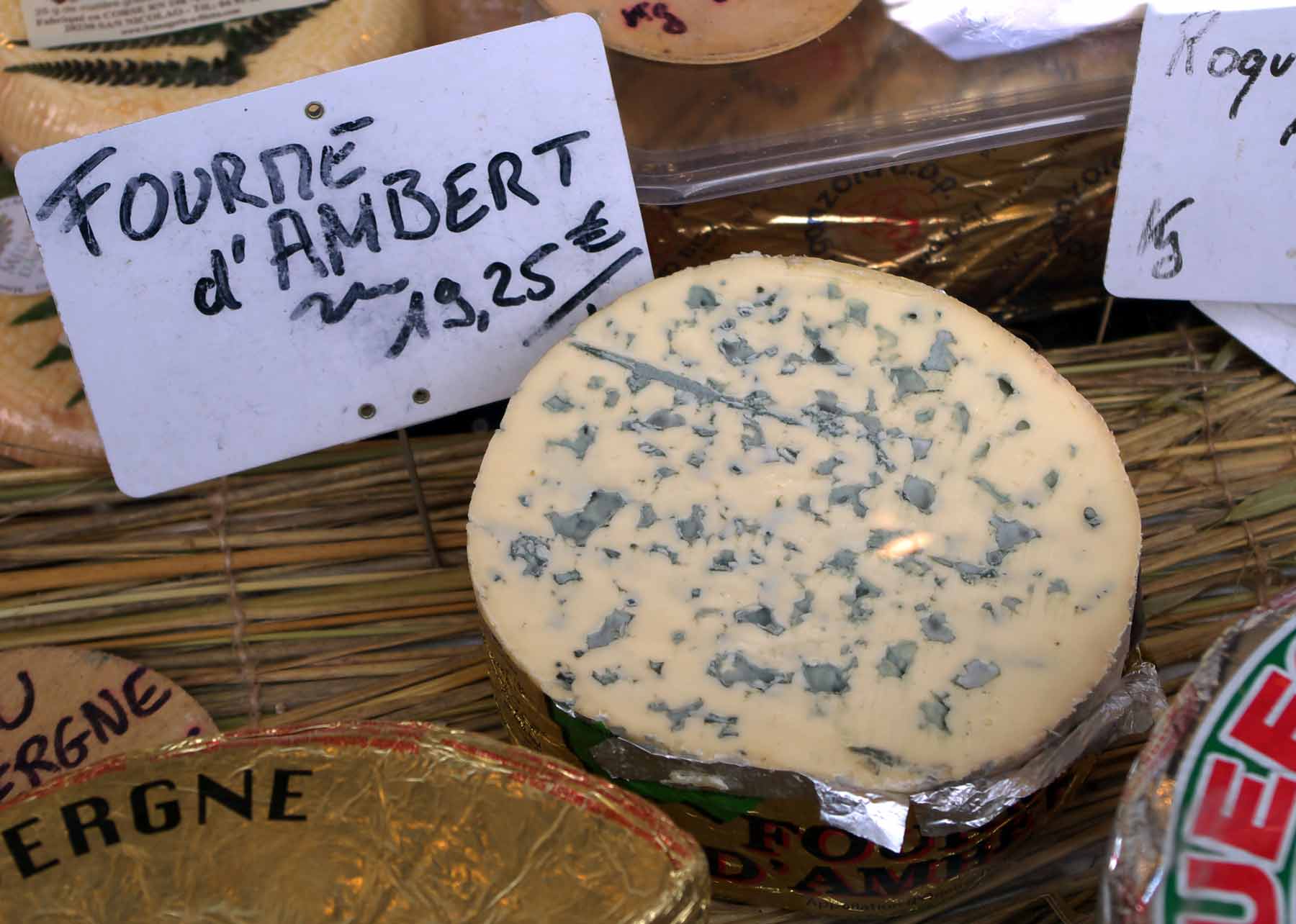 This web site generates income from affiliated links and ads at no cost to you to fund continued research · Information on this site is Copyright © 2023· Feel free to cite correctly, but copying whole pages for your website is content theft and will be DCMA'd.
Tagged With: Auvergne Cheeses, French Cheeses, Loire Food