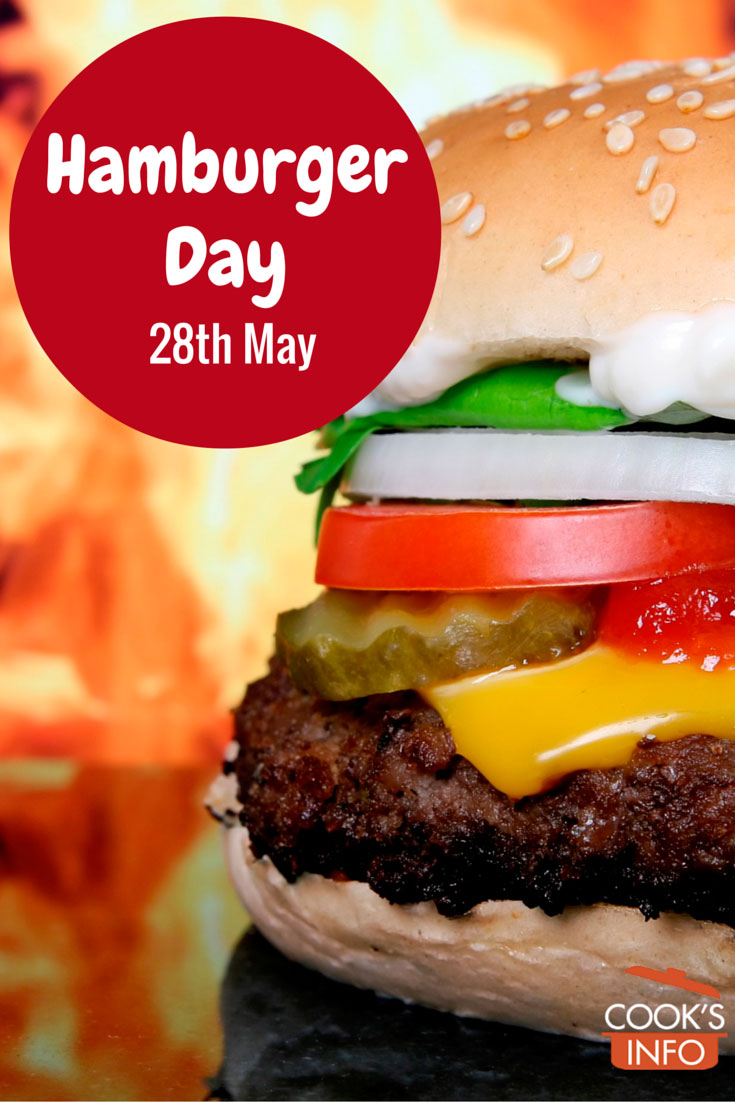 The 28th of May is Hamburger Day.

You can honour the day by celebrating with a hamburger for lunch — or for dinner, maybe even making up a dish with hamburgers as the main ingredient. Recipes for this exist!

If you’ve never used an instant read thermometer to test the doneness of your hamburger patties, today could be a good day to give it a go for the first time. These thermometers are very inexpensive now, and assure food safety. Colour is not a reliable indicator of doneness. They also allow optimum quality: they prevent many a dried, grey, tough hamburger patty that was overcooked out of an abundance of caution.

The White Castle hamburger chain in America began “National Hamburger Month” in May 1992. [1]”Cravers Hall of Fame Program. This is a formal process in which loyal Cravers can submit letters, videos and testimonials sharing their intense love for Sliders. A contest is held each year, kicking off in May, which is National Hamburger Month.” Mayer, Marina. How White Castle Became the King of the Retail Freezercase. Troy, Michigan: Refrigerated & Frozen Foods. 9 December 2014. Accessed December 2020 at https://www.refrigeratedfrozenfood.com/articles/88793-how-white-castle-became-the-king-of-the-retail-freezercaseIn 1998, Rosie O’Donnell launched National Hamburger Month on 1st May on her TV show by serving White Castle burgers (and giving each studio audience member a certificate for six free hamburgers in a White Castle restaurant.)

The company also sponsors the “Crave Time Cook Off” contest each May. “In 1991, a White Castle team member used Sliders instead of bread and sausage in a family recipe to make turkey stuffing. It was then, a cookoff was born. Fans submit unique and delicious recipes featuring 10 White Castle Sliders. Winners receive a year’s worth of Sliders, one Crave Case per for 52 weeks.” [2]Ibid. They ask people to send in recipes that use ten of their Slider hamburgers, and then they release a booklet of the top ten recipes in time for Thanksgiving.

The 2005 “Crave Time Cook Off” grand prize winning recipe, called “Morning Crave”, had you put ten White Castle hamburgers (complete with bun) in a greased casserole dish, sprinkle them with cheese, pour an egg and milk mixture over all of them, sprinkle with sausage or bacon and bake for 1 hour.

The 2004 Grand Prize winner, The Castle’s Secret Ammo, called for you to grind up ten entire White Castle hamburgers into a food processor, stir in tomatoes, cheese and garlic powder, stuff the mixture into bell pepper halves, top with cheese slices, and bake.

Now as to why May itself for Hamburger Month, the answer is less sure. The first store to open under the name of White Castle was in Wichita, Kansas, on March 1921 (despite White Castle’s extensive archives and willingness of their staff to look for answers, a date more precise than that has been lost in time.) The choice of May might simply be to fire up enthusiasm for the coming summer sales season, as June is the biggest sales month of the year in the U.S. for hamburgers.

Note: Other suggested dates include 28th July and the 21st December. 15th February is suggested as being Burger Lover’s Day. 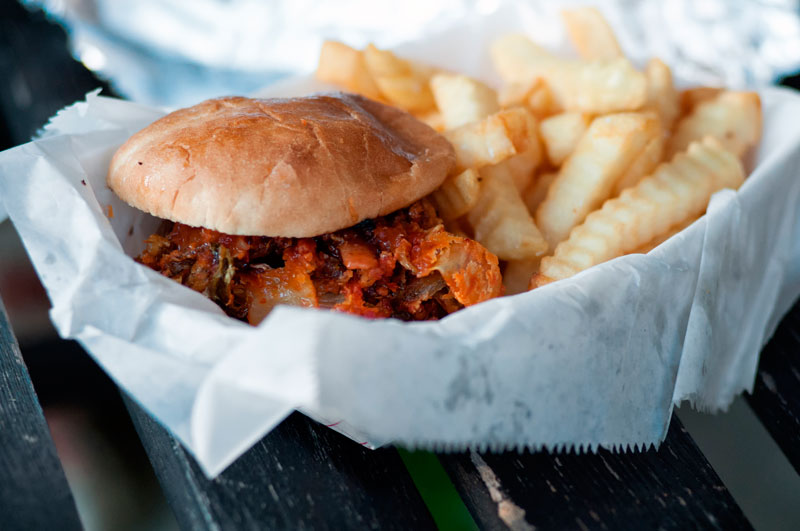