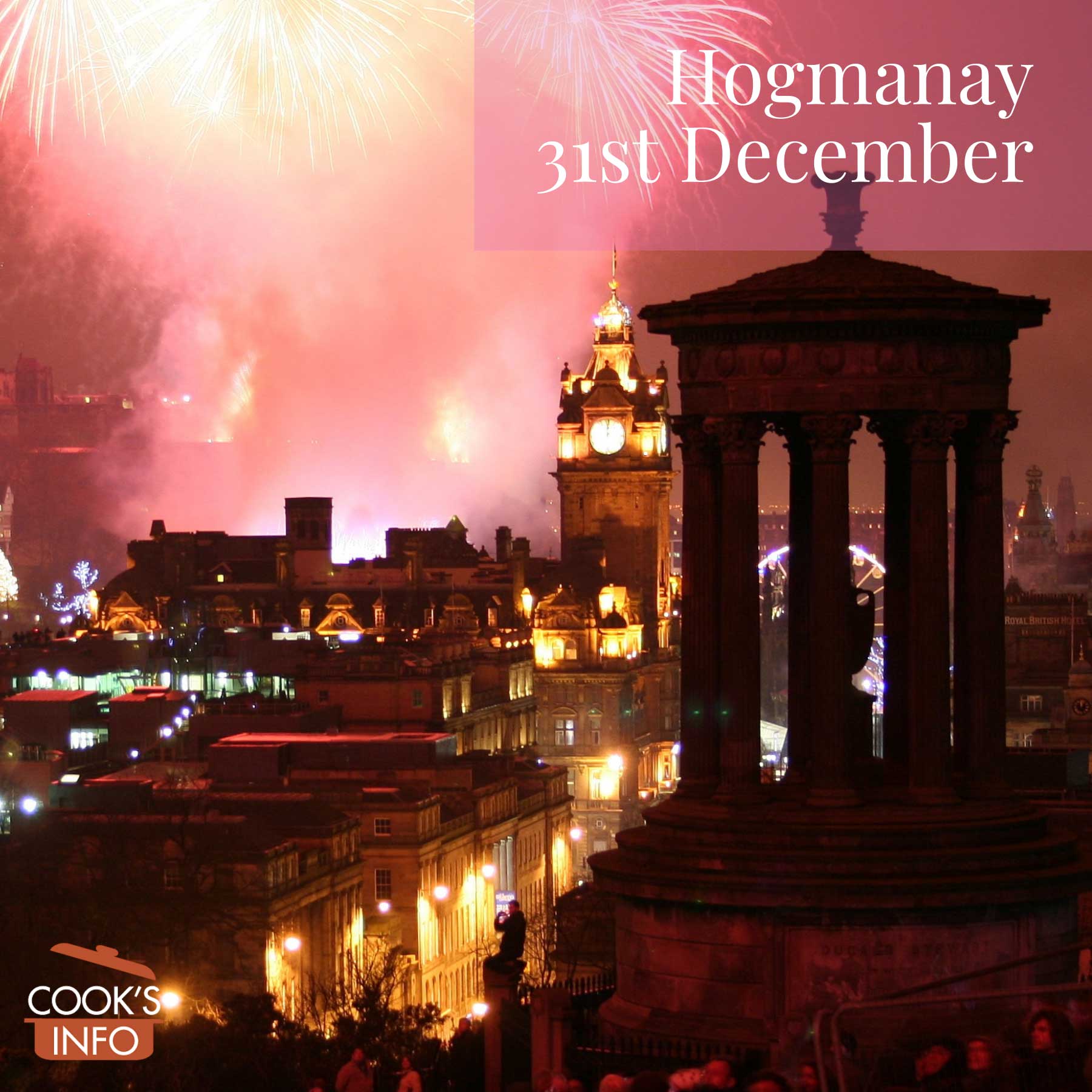 The 31st December, Hogmanay, is New Year’s Eve in Scotland.

Hogmanay is arguably a bigger date in the Scottish calendar than Christmas — so big, that people even have the 1st and the 2nd of January off work in Scotland to recover from it.

Any household chores that have been started have to be finished by Hogmanay; it is considered bad luck to carry them over into the New Year.

A huge party is held in Glasgow city centre, where the normal ban on public drinking is lifted for the evening. The big party, though, is in Edinburgh. Official celebrations in Edinburgh started in 1993. Attendance is limited to those who have one of 180,000 free passes given out, to prevent overcrowding.

Different customs are followed in different parts of Scotland. In Lewis, groups of boys go from house to house, reciting Scottish rhymes and carrying a sack into which they put a bannock that they are given at each house. In some parts of Scotland, guns are fired at midnight.

People greet each other in the streets in the process of first footing, and in older times often used to break out into dance in the streets while doing so. 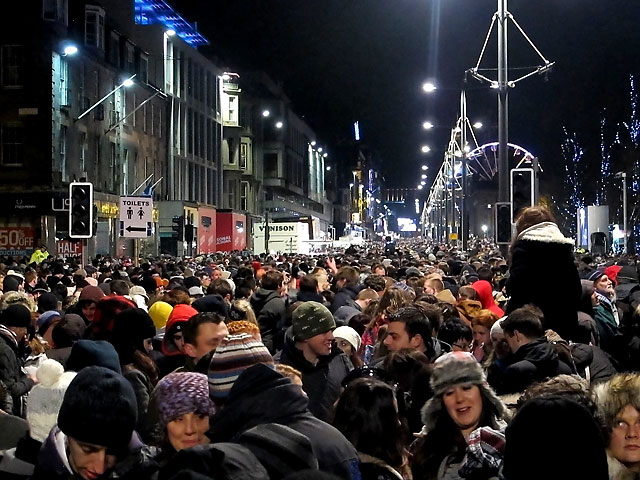 Having a fire going in the home was important on this night, and letting it go out was bad luck. Someone trusted, friend or family, had to tend the fire. Lit candles could act as a backup to ensure the presence of a flame.

Throughout Scotland, after midnight, men folk — preferably tall, dark-haired men (remember, a fair-haired person knocking at your door in Scotland at one time was likely to be a Viking, which was never good news [1]These days, it’s unlikely that anyone carrying a bottle of whiskey would be turned away, regardless of hair colour.) —  set out to “first foot” houses bearing gifts of a bottle of whisky and an oatmeal bannock to bring good luck to those households for the coming year. Traditional gifts in the past used to include coal (symbolizing warmth), cake (food) and salt (wealth.) 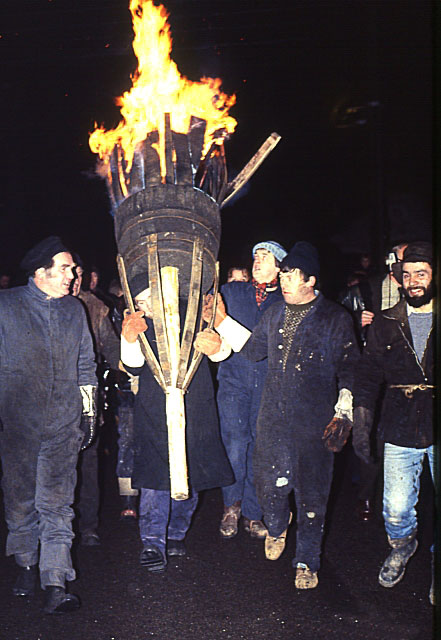 You need snacks on hand to feed the “first-footers.” A Hogmanay Bannock is made and served, along with black bun, shortbread, cheddar cheese, and cake. Beverages include het pint (“hot pint”), a drink mixed from ale, nutmeg and of course, Scotch. Many people splash out on a better bottle of Scotch than they’d normally buy.

On 1st January 1600, the 1st January became the official New Year in Scotland. Prior to that, the New Year started on Lady Day (25 March). Hogmanay used to be celebrated on what is now the 12th of January, before the calendars were corrected.

Hogmanay possibly came to be a bigger deal than Christmas in Scotland because the Scottish Presbyterian church was suspicious of all the excess of Christmas celebrations on a holy day (some stores remained open on Christmas Day in Scotland even up until the 1950s.)

Some speculate that the word Hogmanay originates from either the Anglo-Saxon expression ‘Haleg Monath‘ (meaing “Holy Month”), or the Gaelic expression ‘oge maidne‘ (meaning “new morning”); there are also other theories.

Known as ‘Nollaig‘ in the Highlands and Western Isles. [2]Campsie, Alison. The lost merry customs of a traditional Scottish Hogmanay. Edinburgh, Scotland: The Scotsman. 20 December 2020. Accessed October 2021 at https://www.scotsman.com/heritage-and-retro/heritage/lost-merry-customs-traditional-scottish-hogmanay-3079237 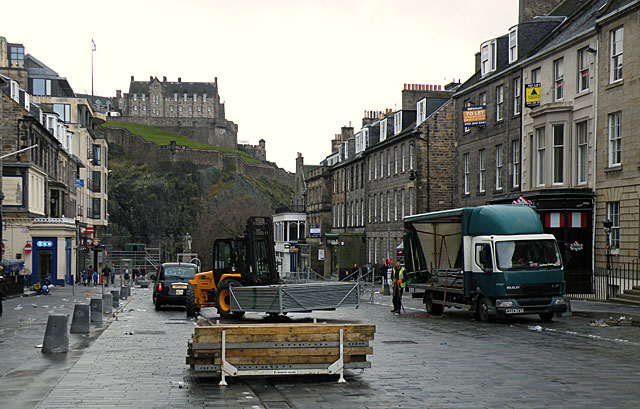