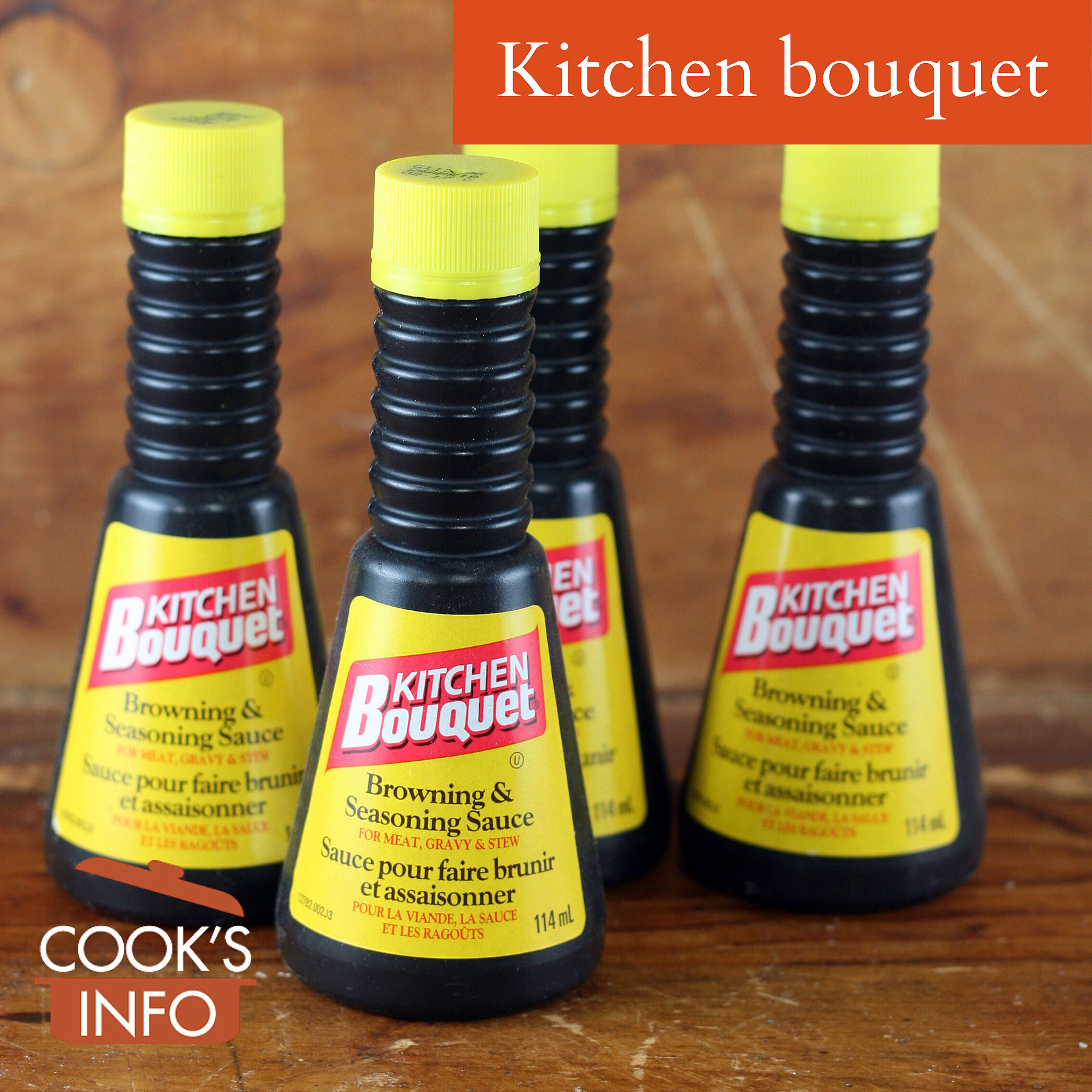 Kitchen Bouquet is a bottled condiment sauce used as an ingredient in cooking, rather than as a table condiment. It is mostly used for its ability to add a dark brown colour. It’s generically referred to as a “browning agent.”

It is not the same as Maggi seasoning sauce, which is also brown; Maggi has a much stronger, saltier taste.

Kitchen Bouquet is made by the Clorox company of Oakland, California.

It comes in an iconic brown bottle with a narrow neck and yellow label whose look hasn’t changed for decades [1]Earlier in its history, it came in an aqua-coloured glass bottle, about 16.5 cm tall (6 ½ inches), with the words “Tournades Kitchen Bouquet” embossed on the bottom.. The bottle was glass, but is now plastic. Kitchen Bouquet is used in small quantities, so one bottle lasts a long time.

Brushing it on the top of meat before cooking can help the meat end up with a more well-roasted look.

Kitchen Bouquet can also be used to darken gravy, soups and marinades, and to enhance the colour of foods cooked in the microwave, electric indoor grills or in slow cookers, which might not brown otherwise and end up with an undesirable grey appearance.

From time to time, Kitchen Bouquet has been used in alcoholic drinks in place of bitters to add a bit of colour and taste.

It is a favourite of food stylists for how it can make food look deliciously roasted.

Depending on what flavour would go with what you are making, you could try Worcestershire sauce, soy sauce, instant coffee granules or Bisto gravy mix, though the latter will also thicken the item a bit.

A homemade browning agent can be made by putting ½ cup (4 oz / 125 g) of brown sugar in a saucepan over very low heat, and stirring it until it starts to melt and turn a darker brown. Then add 2 cups (16 oz / 500 ml) of water, stirring or whisking well until the brown sugar has dissolved in it. Simmer to reduce somewhat, then use or store in refrigerator in a sealed container.

Since February 2006, the product has been free of any trace of gluten — corn, wheat or otherwise. [2]Patricia Cooper. Kitchen Bouquet Customer Service Supervisor. Email to CooksInfo.com. 14 October 2009. But as the formulation has changed over time (for instance, originally it may have contained meat extracts — see history below), you are best advised to check the label if you have particular concerns.

Opened bottles of Kitchen Bouquet are shelf-stable; they do not need to be refrigerated. They can be kept where you would keep spices and other shelf-stable flavourings.

Kitchen Bouquet was probably first made in the 1880s, by the Palisade Manufacturing Company of 251 Clinton Avenue, West Hoboken, New Jersey, owned by Jules L. Tournade (1836 – 1891.)

CooksInfo.com has not yet been able to locate any information on circumstances surrounding the actual creation of the product or the actual year it was first bottled for sale. 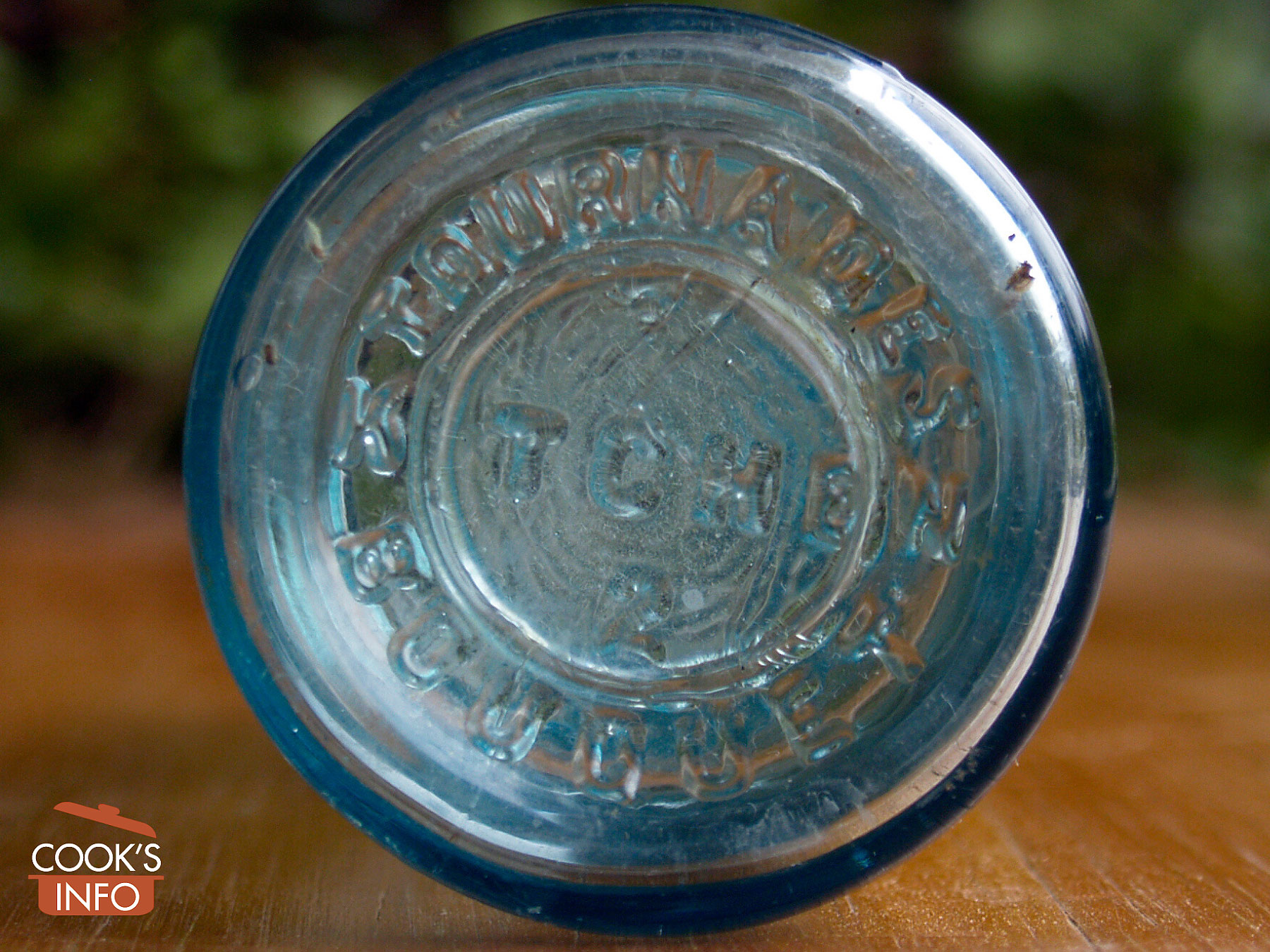 In 1895, the president of the company was F.W.R. Eschmann. [3]Skal, George von. History of German immigration in the United States : and successful German-Americans and their descendants. New York : F.T. Smiley. 1910. Page 334. John Emory Andrus (1841- 1934), known for years as the “Millionaire Straphanger”, was also the president at one point in time. [4]Wealthy Straphanger dies of Pneumonia. Ames Daily Tribune-Times. Ames, Iowa. 26 December 1934. Page 1.

The first mention that CooksInfo.com has found of Kitchen Bouquet in print dates from 1891:

“Brown sauces of all kinds are made in the same way, the change in color being made (with a good deal of labor) by browning the flour and butter, or (without any risk or bother at all) by making the plain white sauce and adding — at almost any period, but when it is put back on the stove is my own preference — a French caramel coloring tablet, to be obtained at any grocer’s, a teaspoonful of China soy, or a teaspoonful of kitchen bouquet or a little burnt sugar. Kitchen bouquet I like best, but the caramels are very good.” — Thanet, Octave. How to Make Brown Sauce in “Letters from a Self-Made Cook” column. Galveston Daily News. Galveston, Texas. 22 December 1891. Page 12. 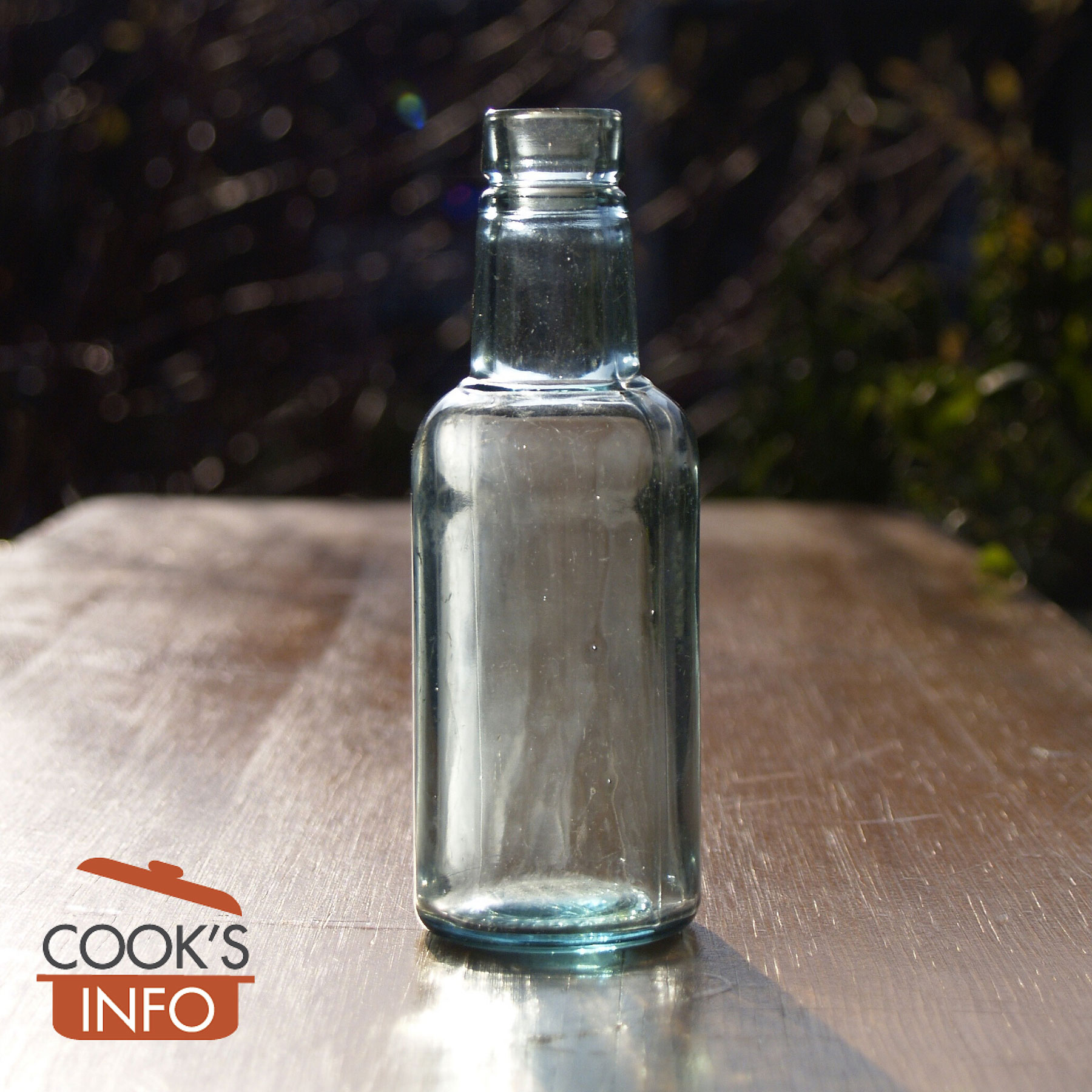 In the same year, a recipe writer refers to it by its full name: “Cutlets of Quail: …. Thicken with butter and flour, color with a few drops of Tournade’s kitchen bouquet, add the mashed livers that have been cooked tender in this broth, let the sauce get cold and dip the cutlets in this before frying.” Chittenden, Alice. Hints to the Fancy Cook column. Galveston Daily News. 19 November 1893.

In 1923, Kitchen Bouquet became part of the Foulds Company, as the result of a merger:

“The Fascinating Story of Foulds. The Story of the Making and Marketing of the Foulds’ Line—Macaroni, Spaghetti, Noodles, Vermicelli and Other Wheat Products and the Famous Kitchen Bouquet. …. In 1923 the Foulds Company was formed by the consolidation of the following companies: The Foulds Milling Co., Chicago and Libertyville; Warner Macaroni Co., Syracuse, N.Y.; Woodcock Macaroni Co., Rochester, N.Y.; Palisade Manufacturing Co., manufacturers of Kitchen Bouquet, Hoboken, N.J., and just recently the acquisition of the Cone Company of America, making the well-known Havacone ice cream cone, which gives another product closely allied with the macaroni industry. ….A special folder is also distributed to housewives in connection with Kitchen Bouquet. This product, which has been on the market for forty years, is a flavoring and coloring for soups, gravies and for use in connection with cooking meats, stews and various food combinations. It is used in hotels and restaurants as well as in the home. Kitchen Bouquet is advertised steadily in most of the leading women’s magazines.” — The Coolidge Era and the Consumer Economy, 1921-1929; American Memory, Library of Congress. Selected and converted. American Memory, Library of Congress. Washington, DC, 1995.

Just six years later, in 1929, Kitchen Bouquet came under the umbrella of a company called Grocery Store Products Inc. as part of another merger:

“Two weeks ago United Cigar Co, and Tobacco Products Corp. changed hands (TIME, Aug. 26). The hands into which they passed were those of George Kenan Morrow and his brother Frederick. Since the Morrows were known to be interested in a number of food products, Wall Street began to talk of a new food products combination, perhaps rivaling the recent Morgan merger (Standard Brands). Last week, confirming that guess, four companies — Toddy Corp. (chocolate malted milk), Edward H. Jacob (canned mushrooms), Kitchen Bouquet (liquid flavoring extracts), Fould Milling (macaroni) — united in Grocery Store Products Inc., and the name of George Kenan Morrow again figured prominently on the board of directors. More than one quidnunc murmured: “Easy guess where the two Morrows are going, but where did they come from?” The answer was : they came from Canada, from a farm not far from Toronto.” — Business: Two Morrows. Time Magazine. Monday, 2 September 1929.

“In addition, the proposed acquisition of Grocery Store Products Co., a firm which will move Clorox into the new field of specialty foods, is nearing completion…. Grocery Store Products, which Shetterly [Ed. Clorox president] hopes to have in the company by the end of March, would provide the start here with B&B Mushrooms, Kitchen Bouquet and Cream of Rice, a hot cereal.” — Doyle, William. Scrambling Days in Clorox’s Past. Oakland Tribune. Oakland California. 28 February 1971. Page 4.

Jules L. Tournade, the owner of what we presume was the company that created Kitchen Bouquet, died in a horse accident in 1891.

“A WELL-KNOWN HOBOKEN MANUFACTURER MEETS DEATH ON THE ROAD.
Jules L. Tournade, proprietor of the Palisade Manufacturing Company, Clinton Avenue, West Hoboken, N. J., was fatally injured on the Peterson Flank Road, opposite Second Street, Hoboken, Wednesday afternoon, and died shortly afterward at his home. Mr. Tournade had recently purchased a team of horses and had taken them out in company with Mr. Frank Davis of the Davis West Hoboken Express to accustom the horses to the railroad and elevated trains.

On the way home along the plank road the reins became entangled and the horses began to back. In attempting to get out of the wagon Mr. Tournade slipped and his foot was firmly wedged between the shaft and the axle. The horses continued backing, and forced the wagon near the edge of the road. A moment later it went over, followed by the horses, and all struck on the jagged rocks, fifteen feet below. Mr. Davis had in the meantime succeeded in getting out of the wagon, but Mr. Tournade suffered fractures of the ribs and skull. He was taken to his home, but all efforts to save his life were without avail.

Mr. Tournade was of French birth, his native town being La Rochelle, France, where he was born in 1836. He came to this country in 1857 in company with his cousin. Jules G.Tournade, who is engaged in the importing business at 25 South William Street, with the firm of Gourd & Tournade. Mr. Jules L. Tournade was at first in business with his cousin and was a member with him of the firm of J. & J. Tournade. This firm, however, dissolved in 1869, and since then Mr. Jules L. Tournade had been in business in New Jersey. He had been successful in business. He leaves a wife and one son, who will probably succeed his father in the business of the company.” — New York Times. New York. 17 July 1891. Page 8. 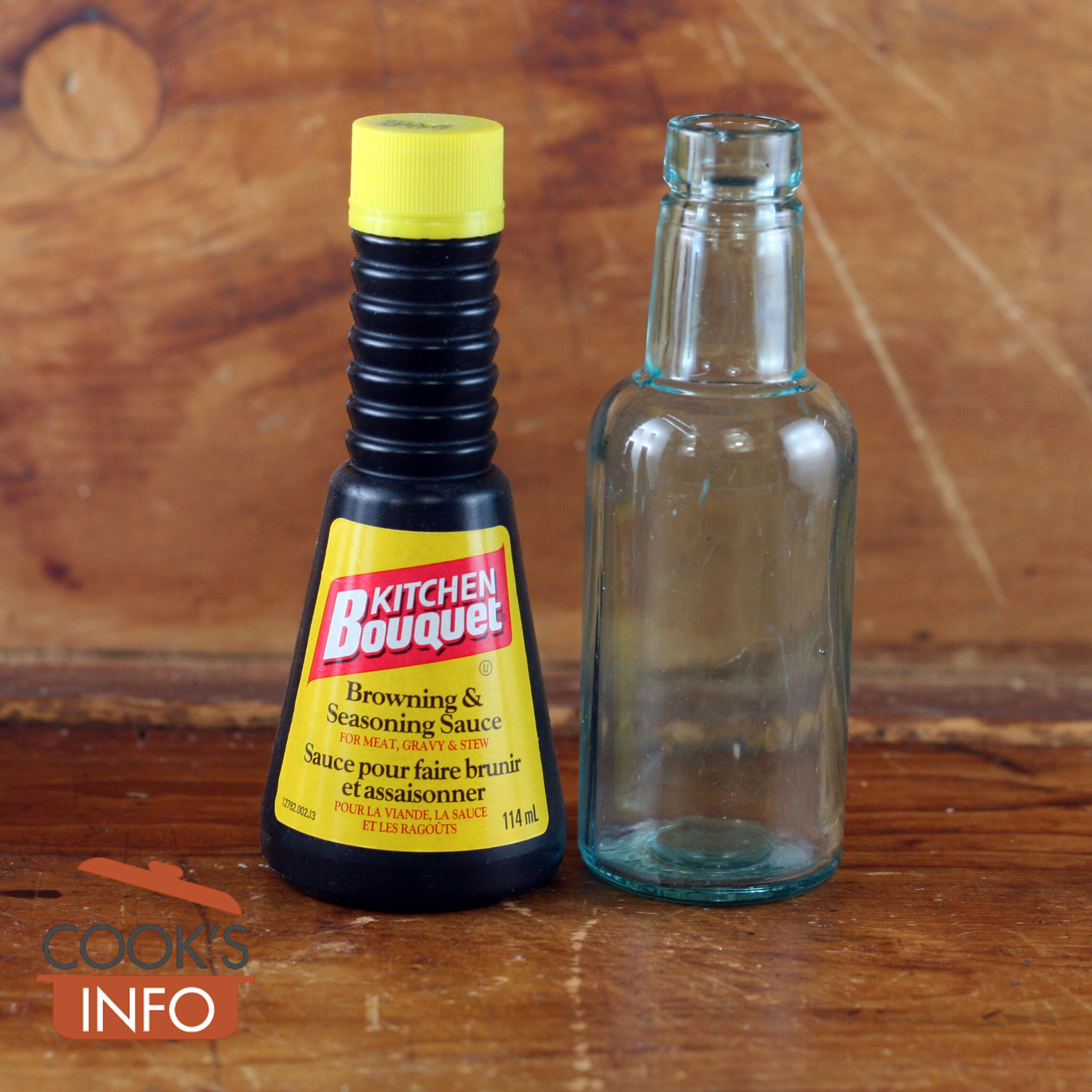 This web site generates income from affiliated links and ads at no cost to you to fund continued research · Information on this site is Copyright © 2023· Feel free to cite correctly, but copying whole pages for your website is content theft and will be DCMA'd.
Tagged With: Roasting Meat