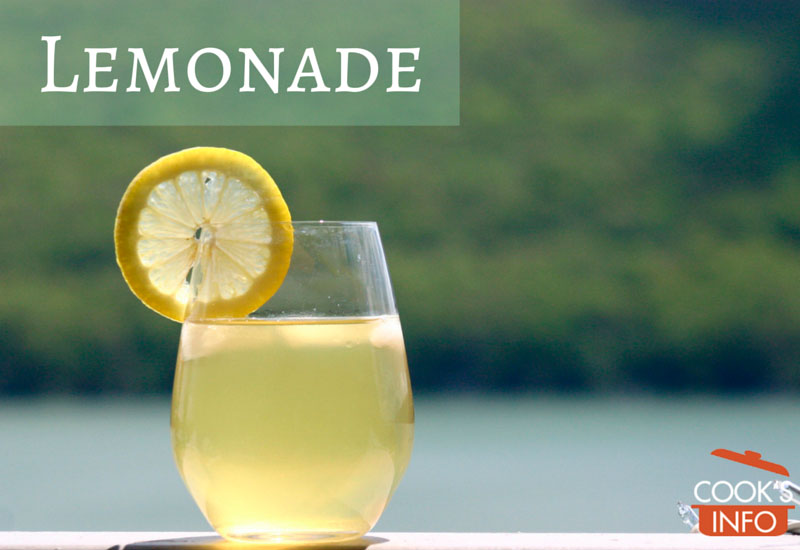 Lemonade is a lemon flavoured beverage.

There are two main colour variations, yellow lemonade and pink lemonade. There are also many variations in how it is made, with the main two styles being European, and American.

In the UK, well-known brands are R Whites and Schweppes. There are also store brands.

It is one of the best mixers for Pimm’s and other such flavoured alcohol concentrates.

This type of fizzy soft-drink lemonade is also available red-coloured in Ireland, and brown-coloured in Northern Ireland.

Fentimans is a cloudy lemonade drink sold in bottles. Though it is 0.5 per cent alcohol, it is legally sold as a soft drink. The company was founded by Thomas Fentiman in the Victorian Era; it is still family managed.

Lemonade is a cloudy, non-fizzy juice drink in Canada, India, Pakistan and the United States. It is lemon juice diluted with water, and plus a sweetener, usually white sugar.

It can be made up from frozen lemonade concentrate, with or without the pulp, or from dry crystal mixes. You can also get at stores ready to drink lemonade. Some say they jazz it up by adding lemon juice, grated lemon zest, sugar, etc, but at that point, you may as well make it from scratch.

Most people seem to feel that reconstituted lemon juice sold in bottles does not make good lemonade. You can get frozen lemon juice (which is different from frozen concentrate) in some locales.

Many people feel that the best lemonade starts from a sugar syrup.

Lemons with thinner rinds can be easier to juice.

Some feel that the taste of a good lemonade starts sweet and finishes tart, with flavour shades in between; some say that a pinch of uniodized salt helps flavours. It’s not clear why they specify uniodized. 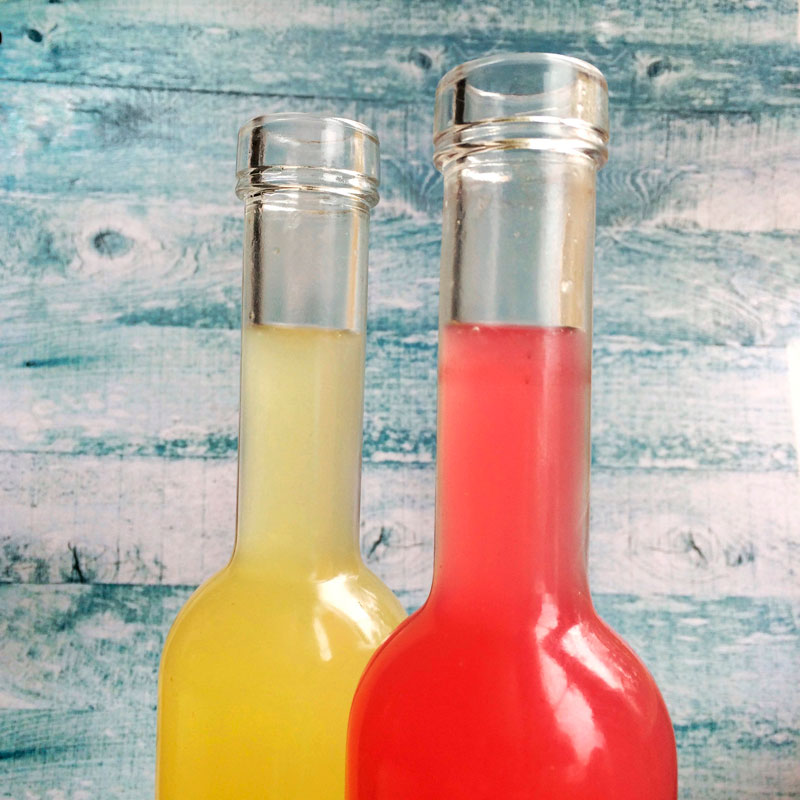 Wash the lemons, then zap the lemons for 30 seconds in a microwave, OR roll and press them on a counter. This is to release more juice.

Zest half of one of the lemons, avoiding the white pith; set aside. The zest can be large pieces (it will be discarded.) Then juice enough of the lemons to make 250 ml (1 cup / 8 oz) of juice. Set aside.

Mix the sugar, lemon zest, and the 250 ml (1 cup / 8 oz) of water in a small pot, and heat it until the sugar dissolves completely and a thin syrup is formed. (You can do this in a microwave, in a glass jug.)

Strain the syrup into a pitcher to get the zest out. Add the lemon juice. Add the cold water, to dilute the concentrate to your taste. If it’s too sweet, squeeze up a bit more lemon juice, and add that. Chill for at least 45 minutes before serving on ice. Sliced lemon and mint or tarragon make a nice garnish.

Some people sneak in a ½ teaspoon of pure lemon extract to give it an intensity that leaves others wondering why they can never get lemons as lemon tasting. You may also wish to try a pinch of plain salt.

For pink lemonade, add some cranberry juice, some pink or ruby grapefruit juice, some crushed strawberries, or some grenadine.

You don’t need to worry about starting with castor or super-fine sugar, as the sugar syrup takes care of dissolving issues.

To make in advance, make the sugar syrup first by itself (without the lemon zest in it), and make the juice by itself. Freeze the juice; lemon juice freezes well. The sugar syrup will keep, covered, a few weeks in the fridge. When the day comes to make the lemonade, thaw the juice and assemble.

You could also replace the sugar with 1 teaspoon of liquid stevia, for a sugar-free, calorie-smart version.

For the fizzy soft-drink lemonade as a mixer, Sprite or 7-Up.

The cloudy style of lemonade can be approximated pretty closely by mixing up lemon squash or lemon barley water.

Homemade lemonade will last in the fridge about a week.

In Europe, lemonade was originally served at bars, where it was made by starting with still or carbonated mineral water from a bottle, into which fresh lemon juice was squeezed, followed by a bit of sugar for sweetening.

There is reference to a “Lemonade House” in Paris, in a piece noting a ride performed by the Marquess de Saillant in August 1722 in Paris as part of a wager: “Never theless, the Marquiss rode the 36 Leagues in five Hours 33 Minutes, and won the Wager by 27-Minutes, although it continued Raining the whole Course which as soon as he had perform’d, he went to Bed at a Lemonade-House, and rested till three-a-Clock in the Afternoon….” — In: The Dublin Intelligence. Published by James Carson. Tuesday, 14 August 1722. Number 4734.

“A few days ago arrived his majesty’s cutter, captain Ferritur, from Tetuan [Ed: Tetouan, Morocco], who says, that when he was there, it being the Moorish festival, the governor, and all the heads of the town, dined with Joseph Popham, Esq, his majesty’s consul-general; there was in the middle of the table a large dish of Cusscussa the general food of the country, the rest of the victuals was in the English manner; their drink was butter-milk and lemonade; there was no wine at the table for fear of giving offence, it being contrary to their law to drink wine.” — London Annual Register. London, England. 1 January 1761. Page 130.

In Sweden “lemonad” is used as a generic term for any soft drink. 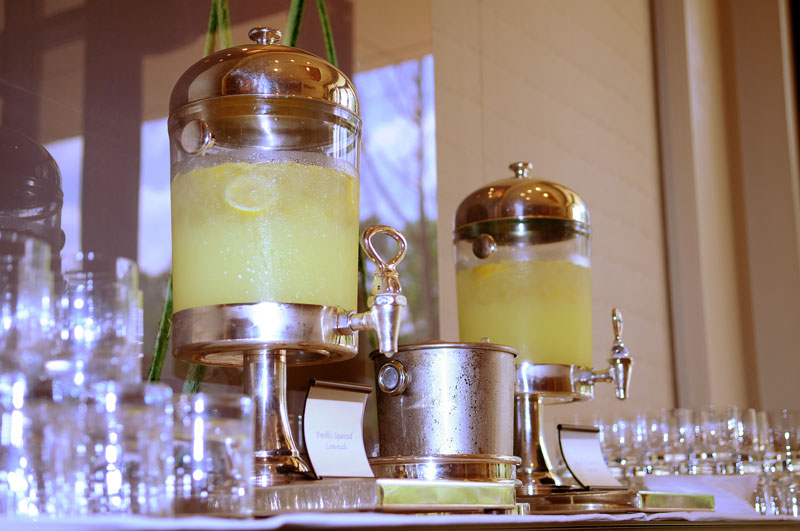 This web site generates income from affiliated links and ads at no cost to you to fund continued research · Information on this site is Copyright © 2022· Feel free to cite correctly, but copying whole pages for your website is content theft and will be DCMA'd.
Tagged With: Ade, Lemonade, Soft Drinks