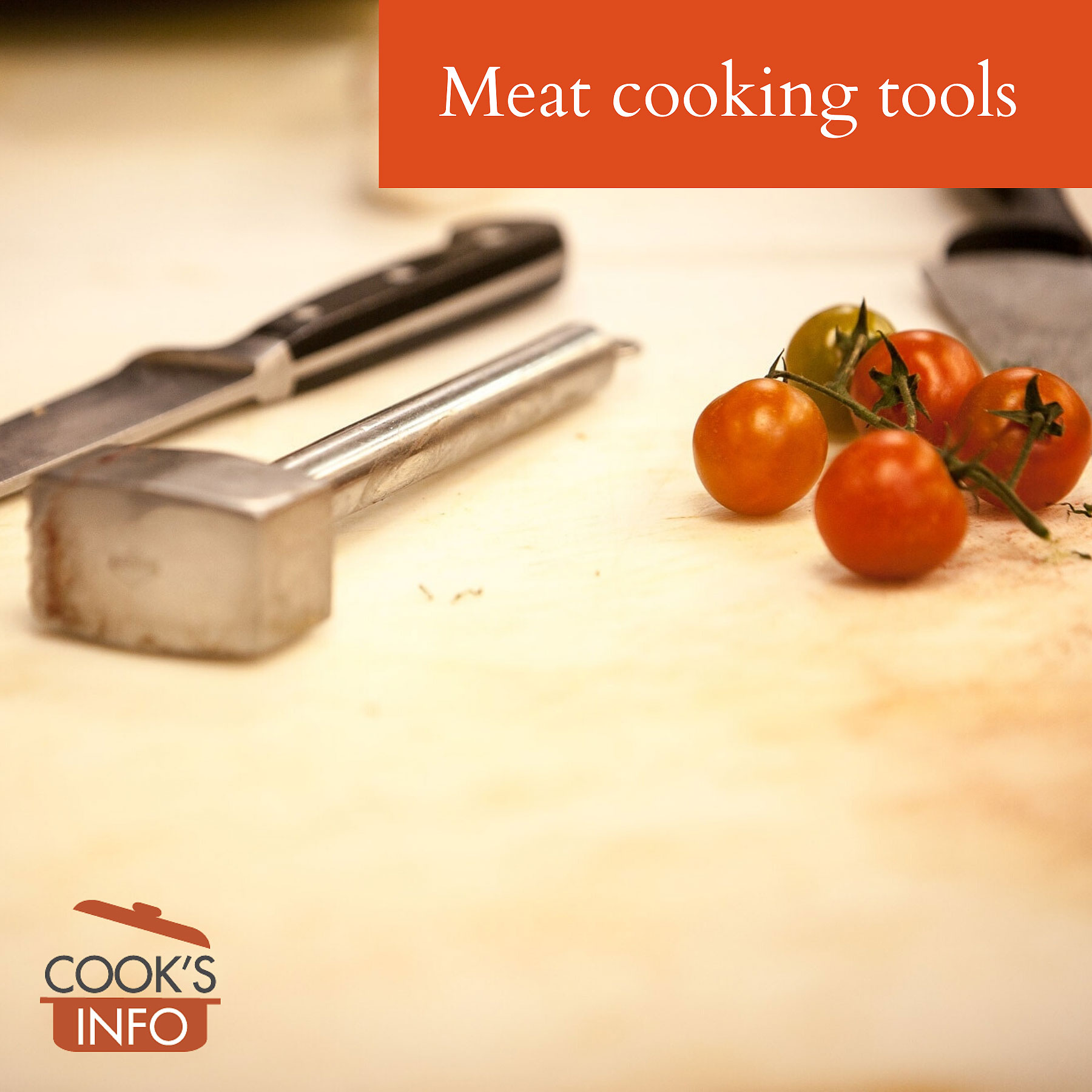 A variety of tools are used to cook meat. Some are relatively new; others have been with us since the dawn of fire.

The tools are used to prepare, cook, serve and even decorate meat. 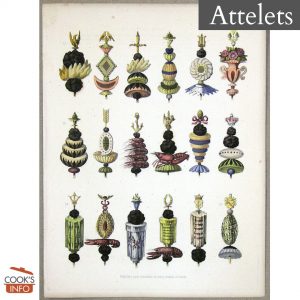 An attelet is an inedible garnish for dishes. It consists of a thin metal skewer with a decorative ornament at one end. 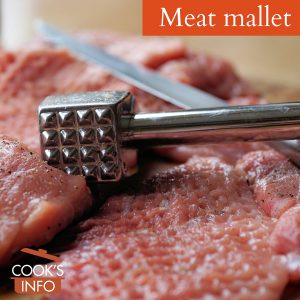 Meat mallets are used to flatten and tenderize meat. They look somewhat like a hammer. 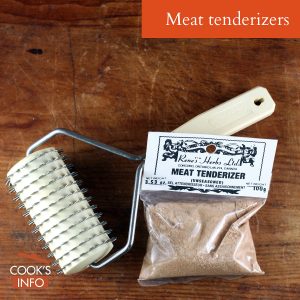 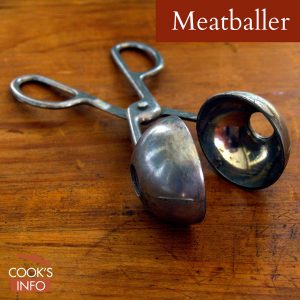 A meatballer is a kitchen tool used to form balls of ground meat. 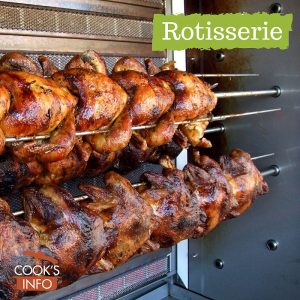 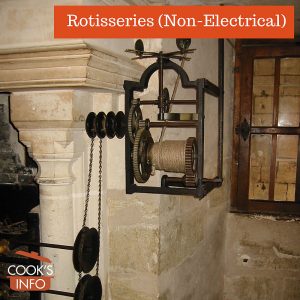 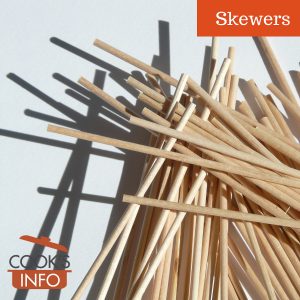 Skewers are formed sticks with points on each end used to skewer together chunks of meat, vegetable and seafood meant for cooking together. 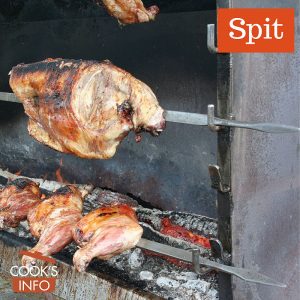 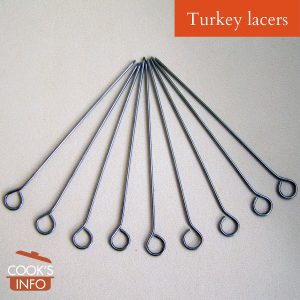 Turkey lacers are thin needles used in combination with thin butcher string to close and hold shut the neck cavity of poultry that has been stuffed. 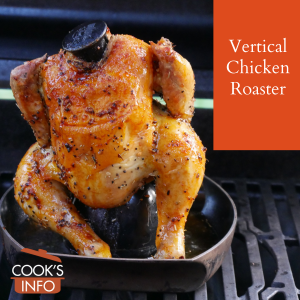 A vertical chicken roaster is a stand that is used to prop a chicken vertically upright while it is being roasted
This page first published: Apr 16, 2018 · Updated: May 21, 2022.