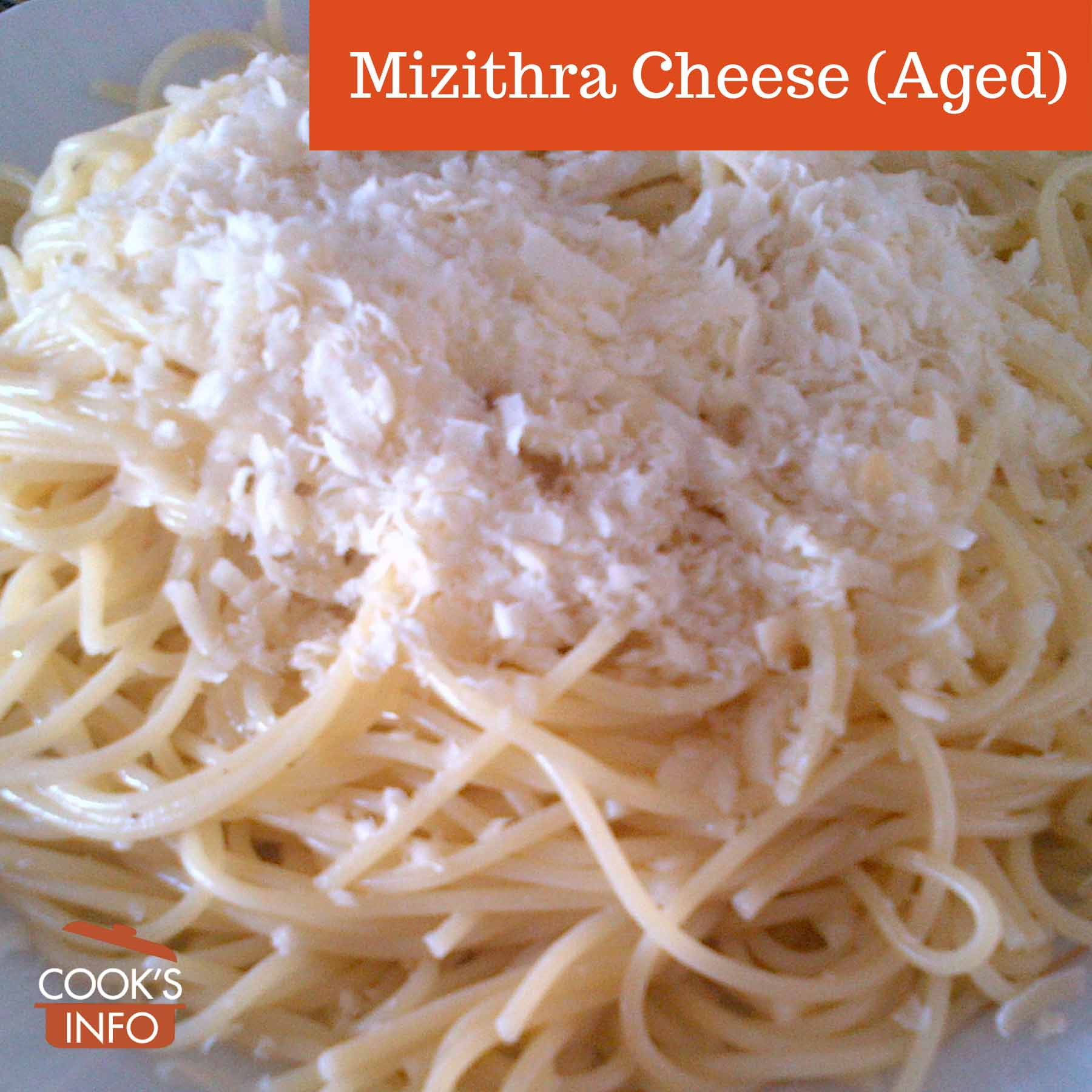 Aged Mizithra is a salty-tasting Greek sheep’s milk cheese which is hard and crumbly, with a sharp taste.

It is made in very white, dry, firm balls that can be round or egg-shaped.

Mizithra is made from the whey leftover from making cheeses such as Feta and Kefalotiri, enriched with whole sheep’s milk or whole goat’s milk.

Regular aged Mizithra will just have a bit of whole milk added, keeping the product a harder cheese that’s used just for grating as you would Parmesan, etc. Better quality aged Mizithra cheese will have more whole sheep’s milk added, which gives the cheese a mellower taste and makes it more supple, so that it can be used as a table cheese for slicing.

In making the aged Mizithra cheese, the curd is salted, pressed and then aged for 6 to 9 months. Traditionally, the cheeses were hung from beams to dry and age.

There is also an unaged, fresh Mizithra cheese.

Mizithra does not melt well.

In Greek, aged Mizithra is called “Xinomyzithra” to distinguish it from the fresh one, which is called just Mizithra.

Mizithra may also be transliterated into English as “Myzithra.”

This web site generates income from affiliated links and ads at no cost to you to fund continued research · Information on this site is Copyright © 2022· Feel free to cite correctly, but copying whole pages for your website is content theft and will be DCMA'd.
Tagged With: Greek Cheeses, Sheep's Milk Cheeses