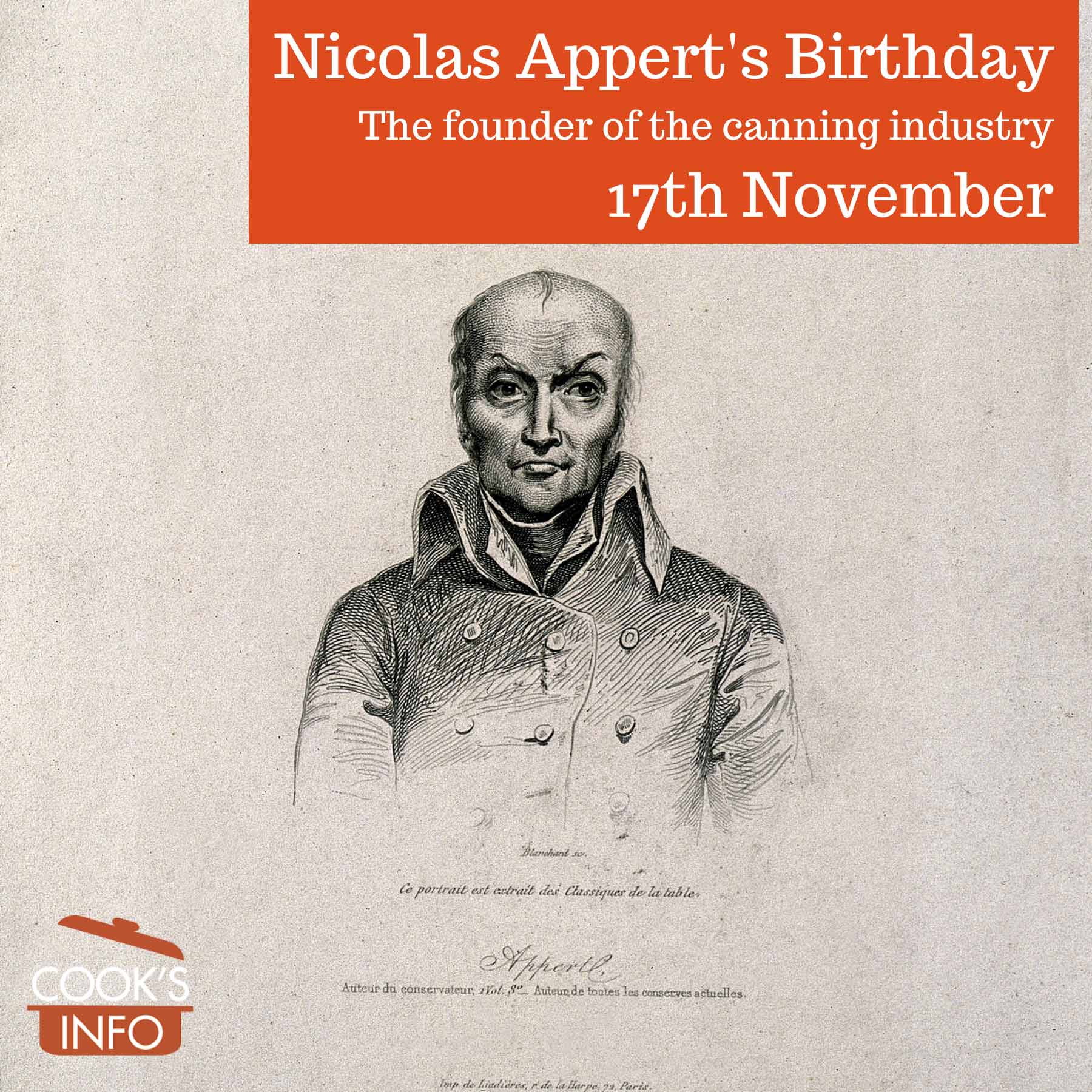 The 17th of November marks the birthday of Nicolas Appert.

Born in 1749, in Chalons-en-Champagne, France, Appert became the first person to commercially implement a canning process for food. For this, some now call him the “father of canning”.

At the beginning of the 1700s, Denis Papin (1647 – 1713), a French scientist, began experimenting with cooking food in sealed jars, and with putting raw food in sugar syrup in sealed glass jars. He told a German scientist, Gottfried Wilhelm von Liebnitz (1646 – 1716), about his work. Liebnitz suggested that such preserved food could be used as army rations.

Nicolas Appert (1749-1842) was the first to put the idea into commercial practice. He ran a confiserie shop in Paris from 1789 – 1795. He sterilized the food in sealed glass jars by processing the jars in boiling water. In 1804, he set up a factory to make preserved food in tin cans. He started with meat.

In 1806, the quality of his products were praised by Grimod de la Reynière in his “Almanach des gourmands”. Grimod particularly noted how green and flavourful Appert’s peas were. Previously, the taste of the item preserved changed dramatically because of the sugar, salt or vinegar used to preserve it. Now, with canning techniques, a taste closer to the “natural” item could be preserved.

Some foodies now look down on canned goods, but Appert’s products were expensive and sought-after.

He did not understand why his process worked; only that it seemed to. Later people working in the field would develop it as a science to improve quality and prevent food poisoning. The science of canning continues to evolve and be improved today, so it’s important that the latest advice from experts in the field is followed.

See also: Our website dedicated to home canning, Healthy Canning, as well as The National Center for Home Food Preservation