Noodles are a pasta made from a starch and water, sometimes with egg.

Western noodles always have egg in them; Asian ones not usually.

Noodles can be hand-made or machine made. You can get fresh, dried, instant, frozen or canned noodles.

In Western use, they are always served hot.

In Asian use, they may be served hot, or cold with a dipping sauce

They are the workhorse of Asian menus. On just about every other corner throughout cities in Japan, you’ll find a noodle shop or stand.

One cuisine, though, from which they are noticeably missing is Indian.

Wheat based noodles are boiled in water or a broth. Noodles made from another starch, such as rice or bean flour, are usually softened first in hot water, then simmered or fried. If they were just boiled straight out of the packet, they’d become rubbery.

Store dried noodles for up to 6 to 8 months.

Fresh or cooked noodles: refrigerate and use within 3 days, or freeze for up to 2 months.

It’s a myth that Marco Polo brought noodles — or pasta — from China to Europe. The Romans were making noodles long before Marco Polo.

The United States Department of Agriculture (USDA) used to insist that for something to be called a noodle it had to have egg it in, but gave up trying to enforce that in light of Asian noodles. The thing that finally made them give up was Chow Mein Noodles. In an “Administration Information Letter” (No. 84, December 29, 1948), they wrote, “we have, after a great deal of consideration, decided against any attempt to enforce this policy with respect to the so-called chow mein noodles, either wet or fried.” 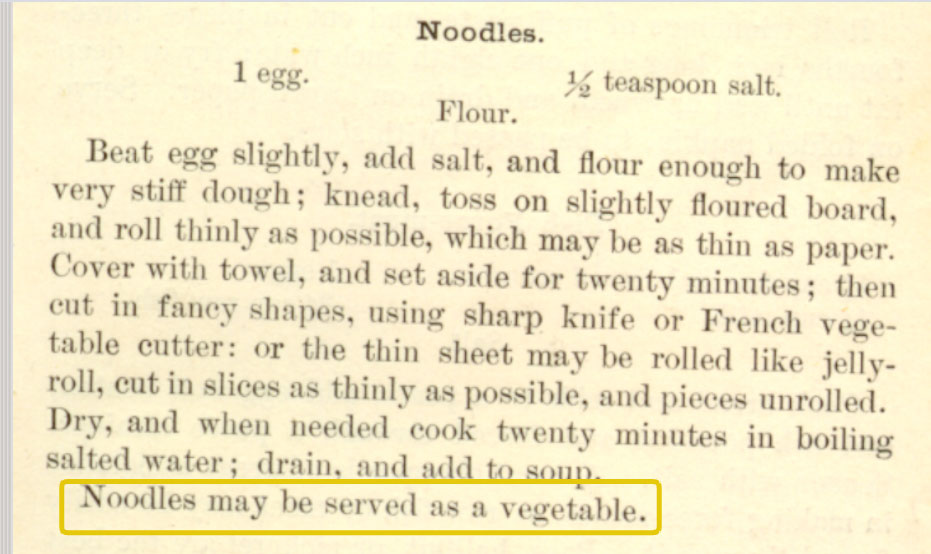