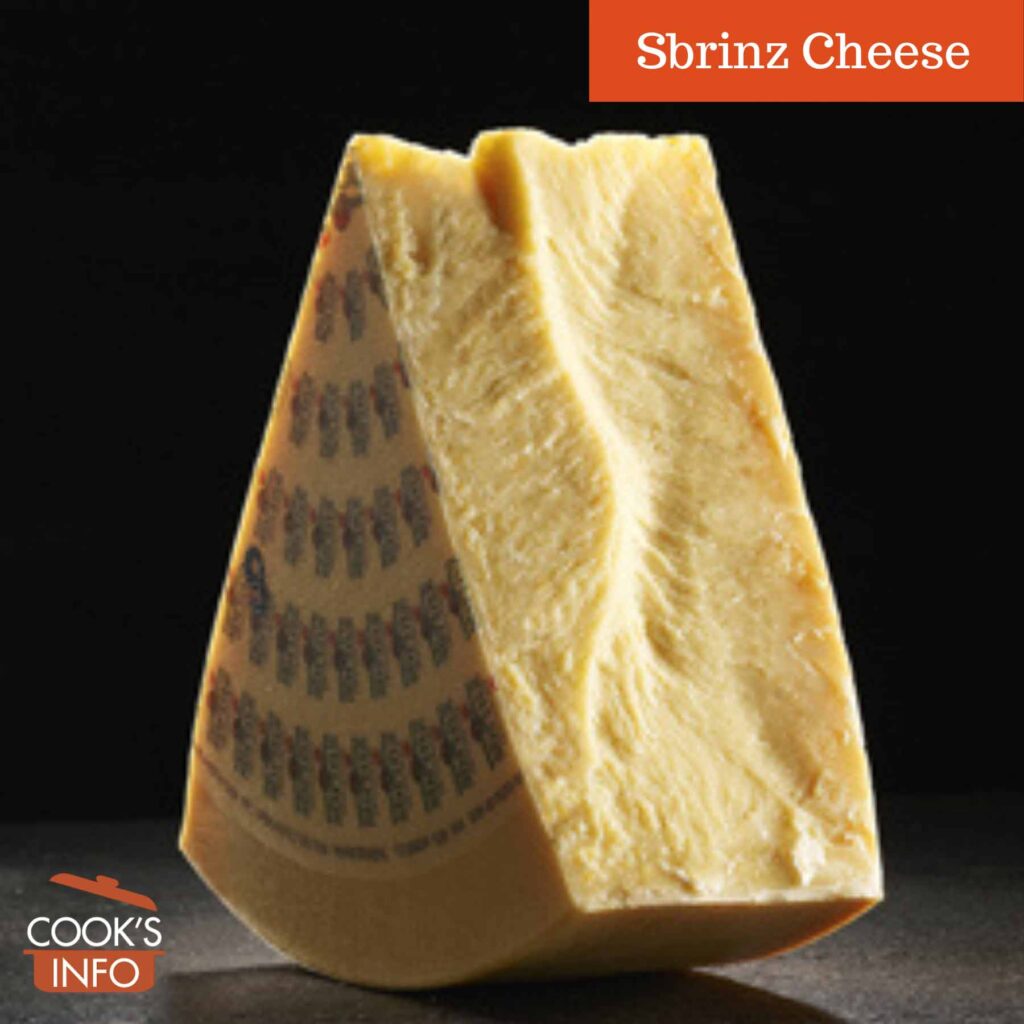 Sbrinz cheese is a Swiss cheese with a brownish-yellow rind and dark yellow interior.

When the cheese is sold young, anywhere between 18 and 24 months, it can be sold as a version called “Spalen”. Having the texture of a Gruyère, it can be sliced or used for cooking.

Past that, the cheese becomes a hard cheese like Parmesan or Romano for grating with a mellow, tangy taste to it.

Sbrinz is made by several different dairies using whole, raw milk from cows.

The milk is heated to 31.5 C (89 F), at which point starter bacteria and calf rennet is mixed in. After being allowed to curdle for 40 minutes, the curd is cut into large pieces, drained of its whey, then stirred and heated up to 55 C (131 F). During this heating, more whey runs off, making the curd firmer. It is then pressed to get yet even more whey out, then put into moulds. Then it is stamped (every dairy puts its own different stamp on it), covered and pressed for 20 hours.

After this, it is soaked in brine for 18 days, then cellared for 30 days at 17 C (63 F), turned once a week and rubbed. After the 30 days, it is transferred to storage rooms to age for 3 months at 13 C (55 F), during which time the weekly rubbings continue. After this time, it is then transferred to other storage rooms for longer aging: a minimum of 18 months up to 3 years in total.

The cheese is made in Central Switzerland in the cantons of Lucerne, Schwyz, Unterwald, and Zoug, as well as the following additional places: Muri district in d’Argovie canton, and the communes of Obersteckholz, Lotzwil and Langenthal (all in Bern canton).

Sbrinz is another cheese whose marketers claim is the world’s oldest cheese. The claim is that the cheese exists from Roman times. Similar claims are made for Parmesan and Mozzarella. The Roman claim is simply based on Pliny and Columella having mentioned a Swiss cheese that perhaps could have been like Sbrinz, called variously “Caseus alpinus” or “Caseus Helveticus“. While it’s certain that in the area we know now as Switzerland there was a hard cheese being made 2,000 years ago, it’s sadly too much a stretch to say that this is the same hard cheese.

References, though, are found in archives dating from 1530 in Bern, when Bern was called “Brientz”. Brientz was at the centre of the production region for the cheese (and still is, basically), and was where many different cheeses came into to be sold on for export. The name Sbrinz “might” have come from a shortening of ex-Brienz (meaning out of Brienz). The Sbrinz name was first recorded in 1645.

Because the cheese was extra hard, it could be shipped reliably without refrigeration. The cheese was exported to Italy through passes in the Alps; in return, the traders brought wine, rice and spices back to Switzerland. This trade route became known as the “Sbrinz” route. 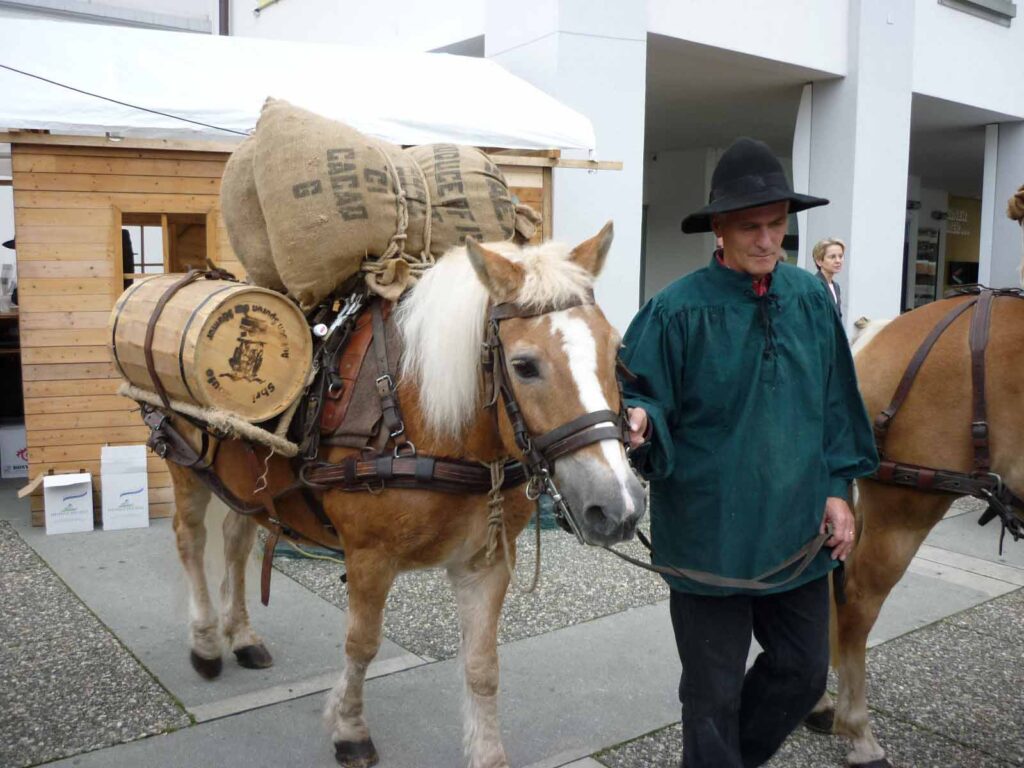 This web site generates income from affiliated links and ads at no cost to you to fund continued research · Information on this site is Copyright © 2023· Feel free to cite correctly, but copying whole pages for your website is content theft and will be DCMA'd.
Tagged With: Appellation of Controlled Origin, Swiss Cheeses