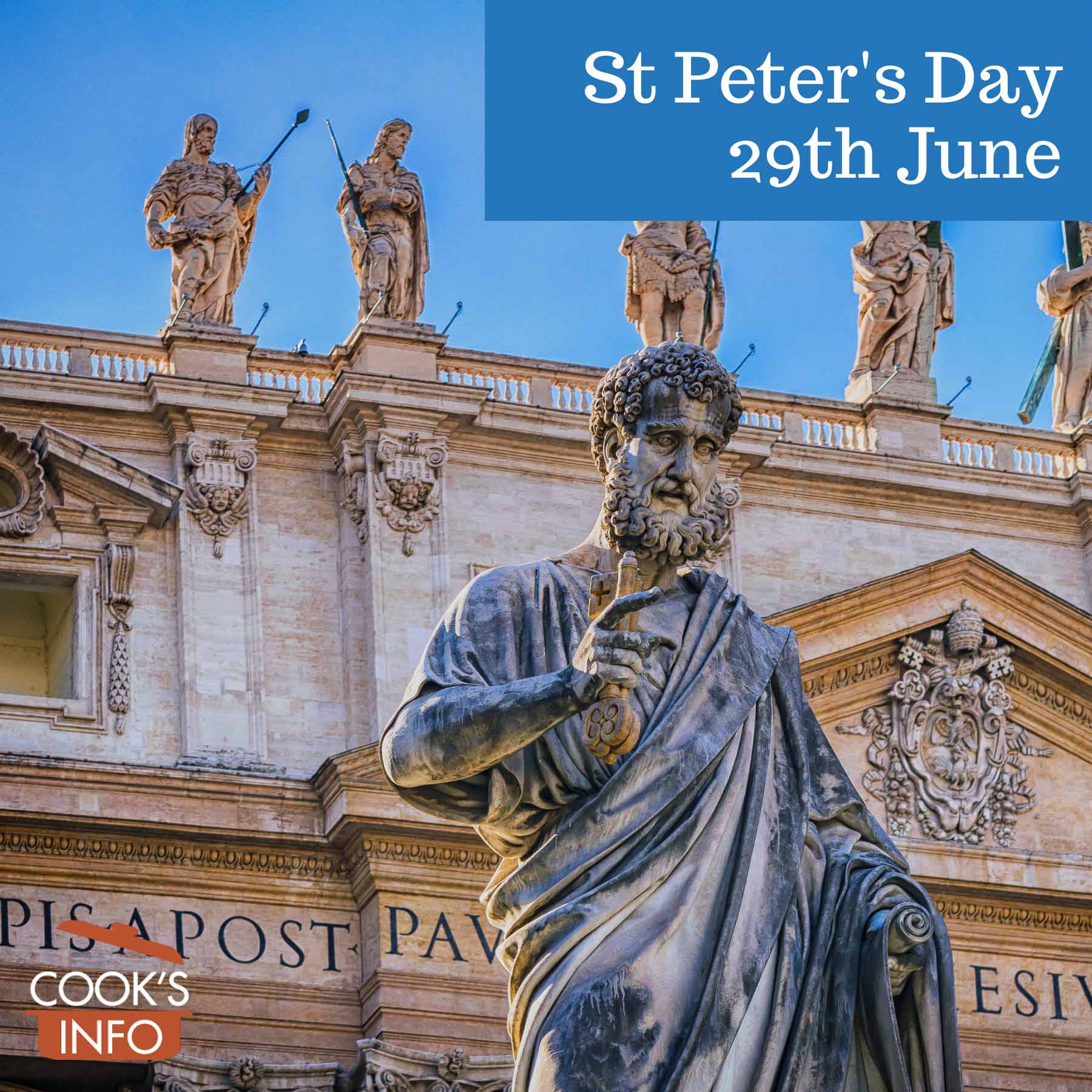 As far as the food world is concerned, St Peter is the patron saint of fishermen.

Today is a celebratory day for traditional fishing communities, still celebrated by many with entertainment, feasting, games, dancing and contests. In some places, there will be processions with statues of St Peter.

Fishing boat owners will have spent time repairing and painting their boats so that the boats look at their best for today. Priests will visit the spiffed-up fishing boats and give them their annual blessing.

The day is still a very big deal in Malta, where rabbit dishes are traditional on this day, and in Malacca, Malaysia, where the festivities have become a tourist attraction.

St Peter also plays many other roles in the Saint pantheon. He shares this day with St Paul.

Peter and his younger brother Andrew lived in Capernaum and were fishermen on the Sea of Galilee.

He became associated with fishing both because he was a fisherman, and because he had a miraculous catch of fish:

“When Jesus had finished speaking, he said to Peter, “Now go out where it is deeper, and let down your nets to catch some fish.” “Master,” Peter replied, “we worked hard all last night and didn’t catch a thing. But if you say so, I’ll let the nets down again.” And this time their nets were so full of fish they began to tear! A shout for help brought their partners in the other boat, and soon both boats were filled with fish and on the verge of sinking.” (Luke 5: 4 – 7)

Another year honoring the Patron Saint of Fishermen. San Pedro, Belize: The San Pedro Sun. 30 June 2015. Accessed May 2021 at https://www.sanpedrosun.com/entertainment/2015/06/30/another-year-honoring-the-patron-saint-of-fishermen-san-pedro/

This web site generates income from affiliated links and ads at no cost to you to fund continued research · Information on this site is Copyright © 2022· Feel free to cite correctly, but copying whole pages for your website is content theft and will be DCMA'd.
Tagged With: Fish