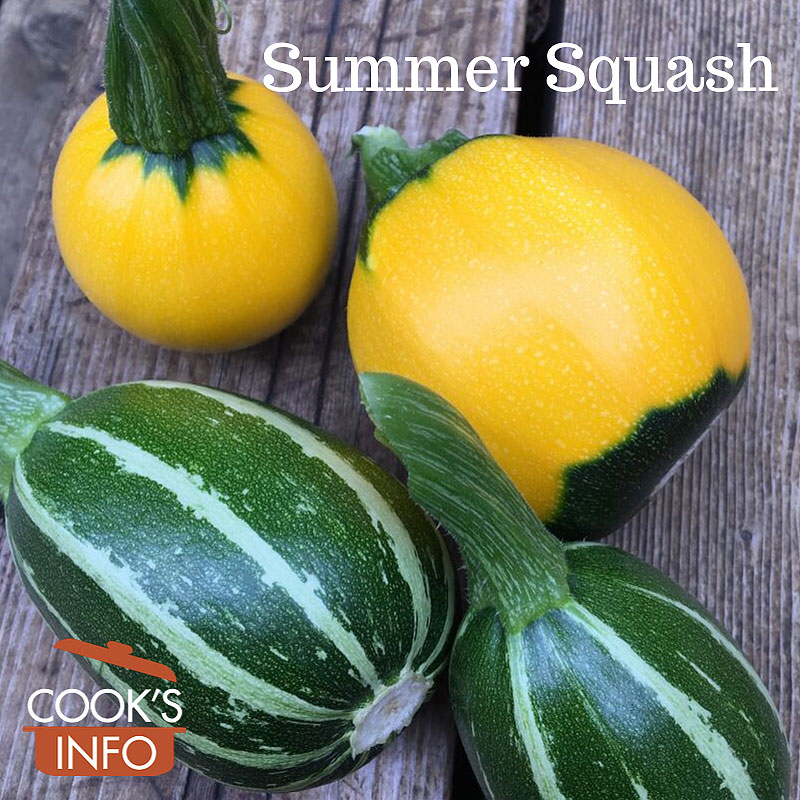 Summer squashes are squashes are harvested and eaten before they mature. They have very thin skins and, generally, edible seeds.

They are generally harvested in the summer or at the end of summer, as opposed to in the fall, though some plants may continue producing into the fall.

Summer squashes will cross-breed with acorn squash, some pumpkins including jack-o-lantern pumpkins, as well as with each other, of course. Though you may not see the results of the cross-pollination that occurred in the current year’s crop, it would show up in the seeds from the crop if they were planted this year.

Summer squashes will not cross-breed with cucumbers, or melons.

The most well-known example of summer squash is zucchini.

To home can summer squashes, they must be used in some kind of pickle or relish to acidify them. Plain canning of summer squash is recommended against by the USDA. [1]National Center for Home Food Preservation. “Why is canning summer squash or zucchini not recommended?” Accessed June 2015 at http://nchfp.uga.edu/questions/FAQ_canning.html#24.

To preserve them, freeze instead.

This web site generates income from affiliated links and ads at no cost to you to fund continued research · Information on this site is Copyright © 2022· Feel free to cite correctly, but copying whole pages for your website is content theft and will be DCMA'd.
Tagged With: Squash, Summer Squash