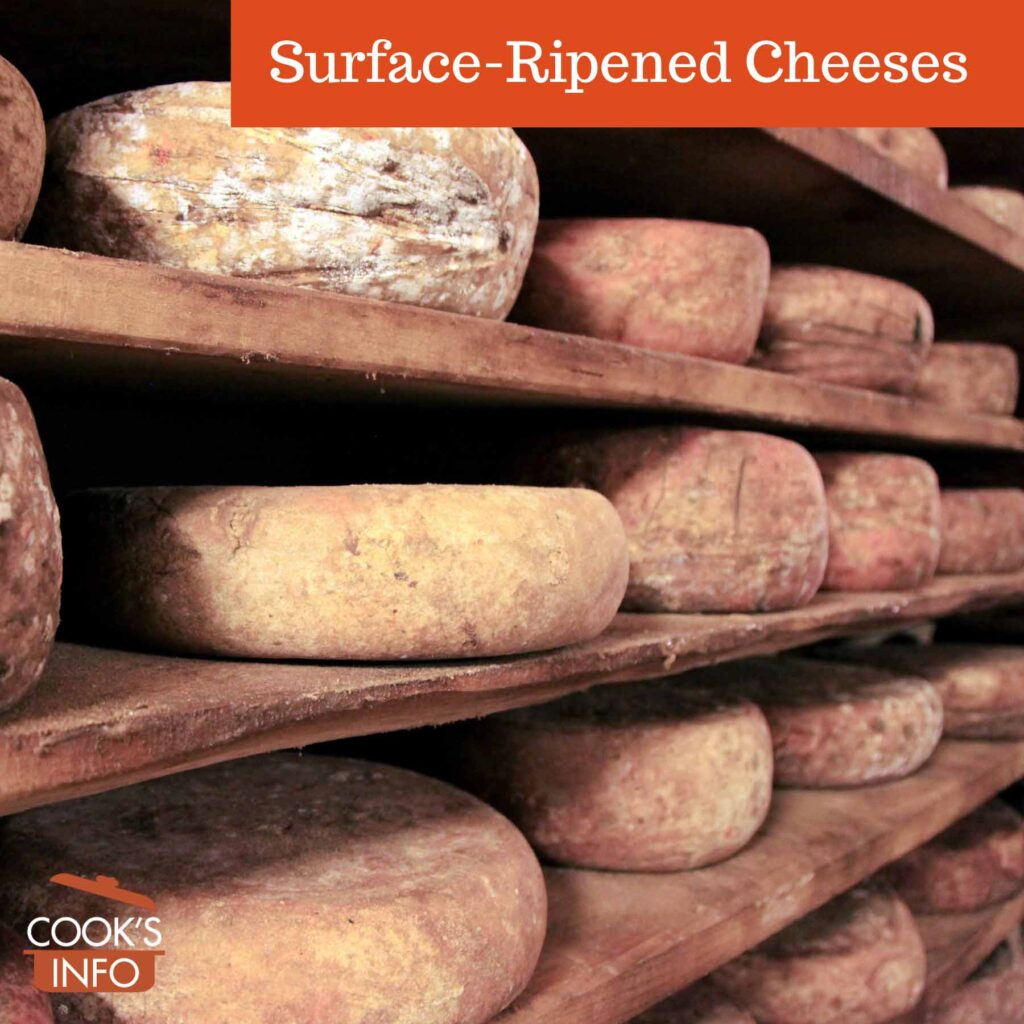 Surface-ripened cheeses are a large group of cheeses for whom the ripening starts on the surface of the cheese, and works its way inward. It includes other groups of cheeses such as washed-rind cheeses and smear-ripened cheeses, as well as Brie and Camembert.

When a smear is involved, the smear is a mixture of yeast and bacteria. “Brevibacterium linens” appears to be the most common bacteria that does the work, along with yeasts such as Geotrichum candidum and Debaryomyces hansenii.

What the smear does is quite complex and not yet fully investigated. The yeast (it’s believed) metabolizes the lactate to C02 and H20, which increases the pH on the surface so that the bacteria can flourish. The bacteria then feeds on the cheese, and produces compounds that flavour the cheese.

Studies were started in 2001 by Teagasc (Irish Agriculture and Food Development Authority) to identify yeasts already present in some famous surface-ripened cheeses that might have the potential to inhibit the development of listeria.

This is a matter of some interest for European exporters of cheeses, as many of their cheeses are not allowed at all into Australia, and enter North America only with great difficulty if at all owing to the possibility of Listeria.

When you’ve used a knife to cut into a surface-ripened cheese, don’t use it for anything else — such as cutting into another cheese or bread — as the bacteria and mould can transfer easily. They are still alive, after all.

This web site generates income from affiliated links and ads at no cost to you to fund continued research · Information on this site is Copyright © 2022· Feel free to cite correctly, but copying whole pages for your website is content theft and will be DCMA'd.
Tagged With: Cheese Technical Terms, Surface-Ripened Cheeses