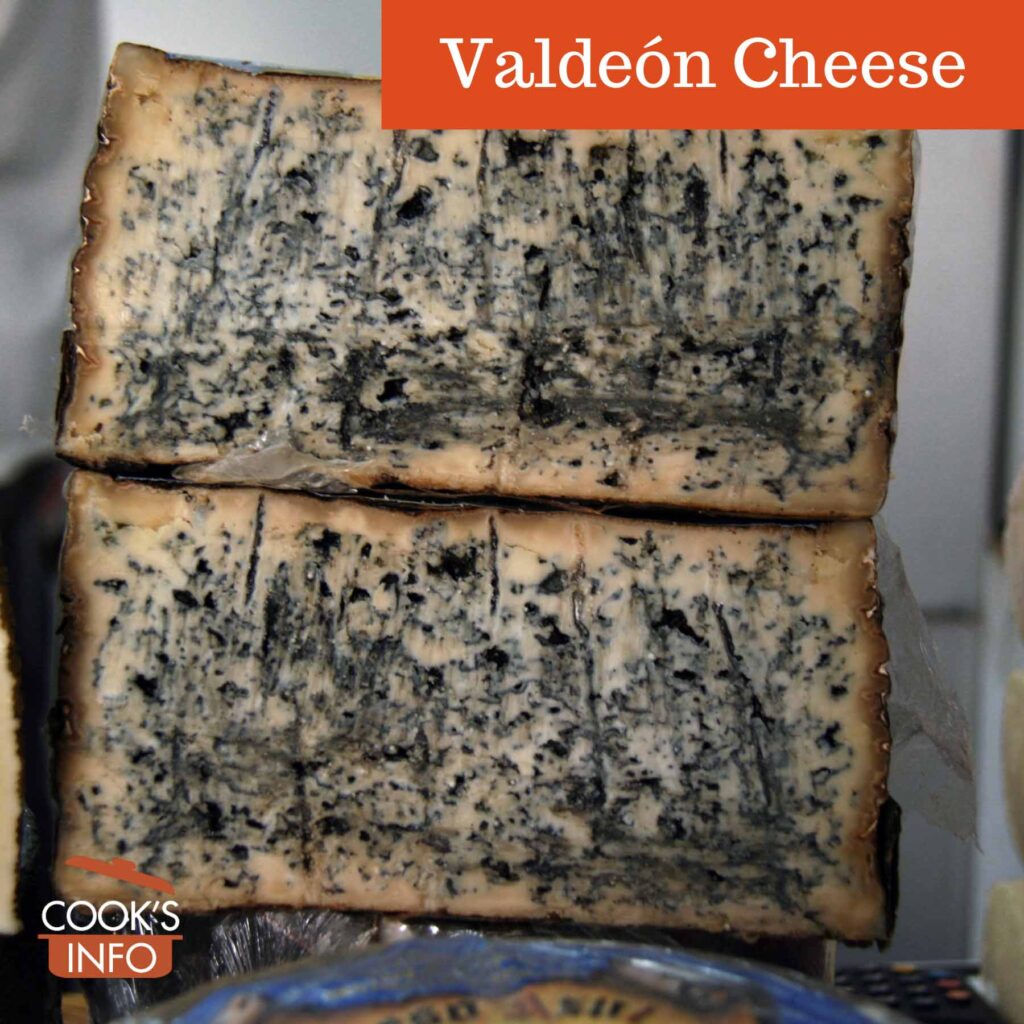 Valdeón is a salty, Spanish blue cheese with a sharp, strong, salty flavour.

The cheese is a light ivory colour with veins of blue-green mould. The paste is a little gritty. It develops a thin rind that is yellow with a bit of grey on it.

It is sold wrapped either in aluminum paper or in chestnut leaves. 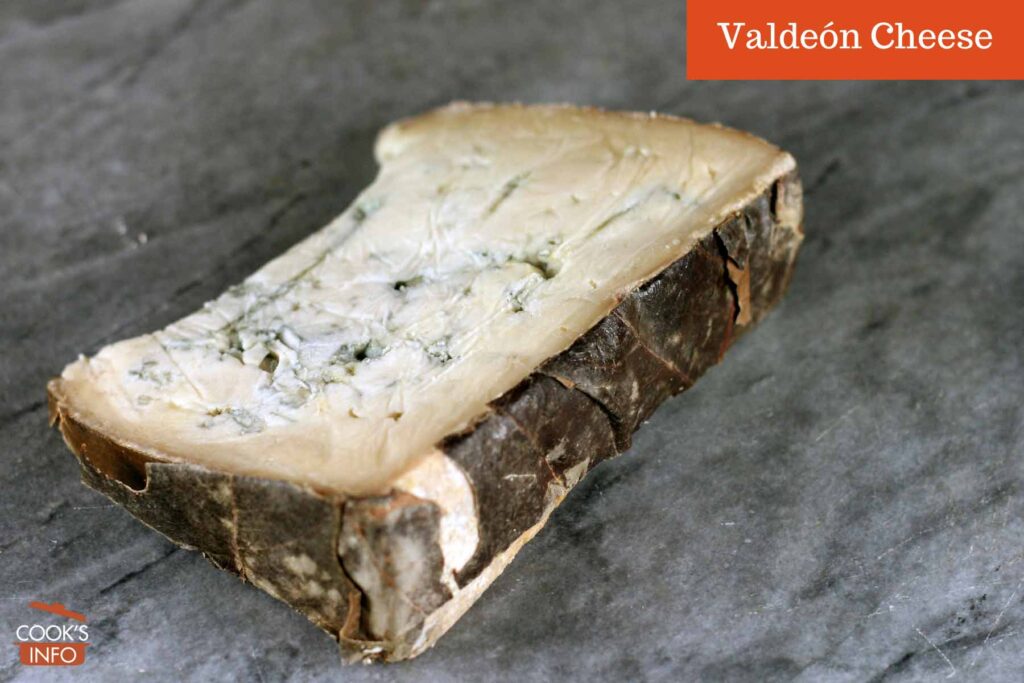 Valdeón cheese is made from cow’s milk, sometimes mixed with goat’s milk or sheep’s milk (cow’s milk is available year round; the other two milks may be mixed in during the spring or summer when available.) The milk can be raw or pasteurized.

To make the cheese, rennet is added to milk, which is then allowed to curdle between 1 and 2 hours at 28 to 32 C (82 to 90 F). While curdling, the Penicillium fungus is added. The curd is cut into 1 cm (½ inch) pieces, allowed to rest for about 15 minutes, then stirred while the whey is drained away. The curd is lightly packed into open-ended cylinder moulds, then both ends of the cheese are salted and have holes poked in them.

The cheese is made in the Valdeón valley in Spain. It used to be ripened in caves, though now it is done in special humidity controlled rooms. (The producers said in their 2003 EU “Protected Designation of Origin” application that a unique microclimate was essential for the cheese production.)

Store refrigerated for up to a month, wrapped tightly in tin foil. To freeze, wrap first in plastic wrap, then in tin foil.

“A poet’s hope: to be, like some valley cheese, local, but prized elsewhere.” — W.H. Auden

It is sometimes labelled “Cabrales” in the US, but Cabrales Cheese actually has an even sharper flavour and a more yellowish colour.