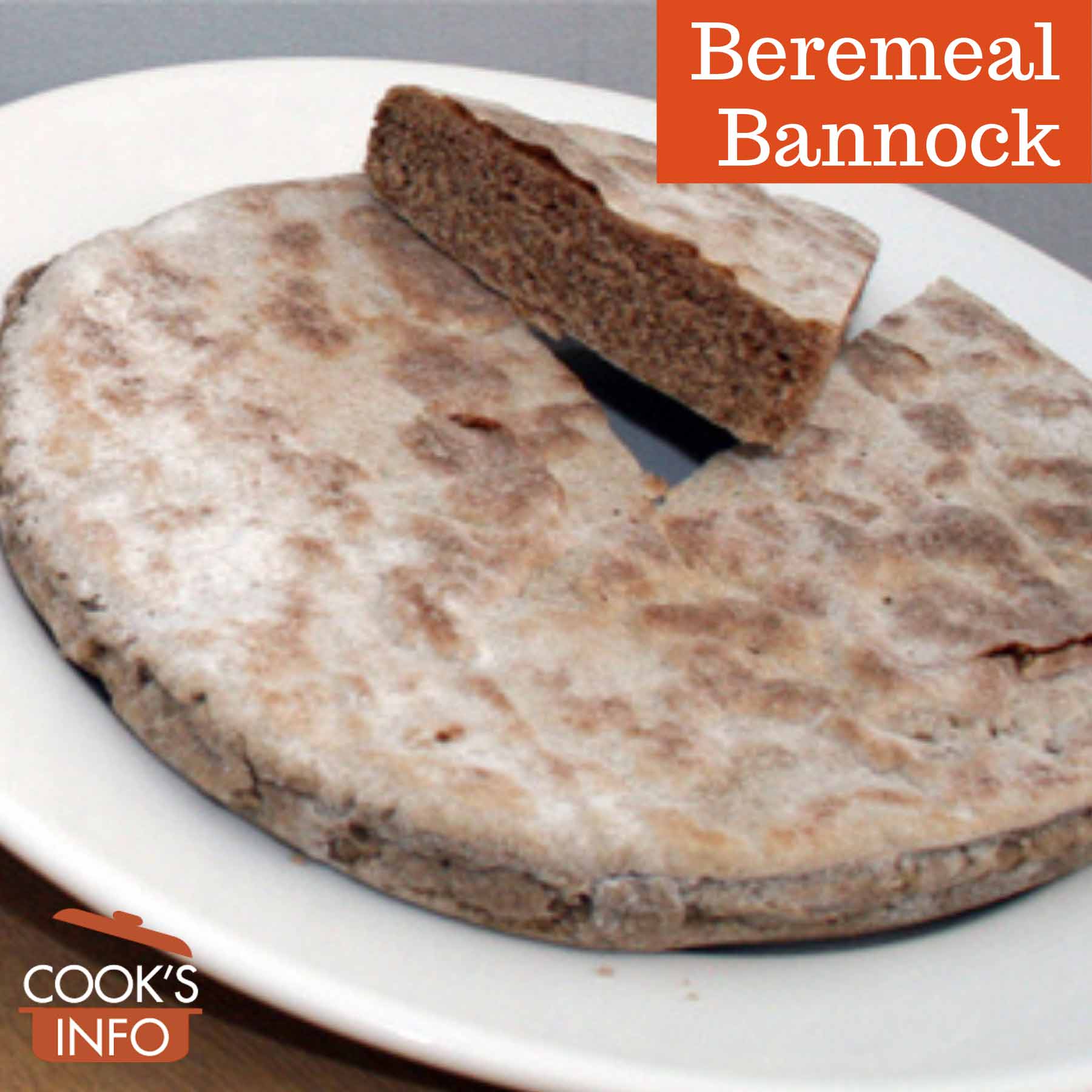 A beremeal bannock is a relatively large bannock made from beremeal, flour, salt, milk or water, plus either baking powder or baking soda as a leavener. Some older recipes may also call for cream of tartar.

Some recipes call for 2 parts beremeal to 1 part white (wheat) flour; others call for equal amounts of beremeal and wheat flour.

You roll the mixed dough out on a floured board, then cook it on a heated, ungreased griddle or girdle for about 5 minutes.

Beremeal bannocks come out soft because of the chemical leavener in them, though historically they would have been harder and flatter when the leavener wasn’t available.

Fans swear they are a little better with a glass of Scotch whisky.

Beremeal bannock is still made in Orkney, Scotland.

This web site generates income from affiliated links and ads at no cost to you to fund continued research · Information on this site is Copyright © 2021· Feel free to cite correctly, but copying whole pages for your website is content theft and will be DCMA'd.
Tagged With: Bannock