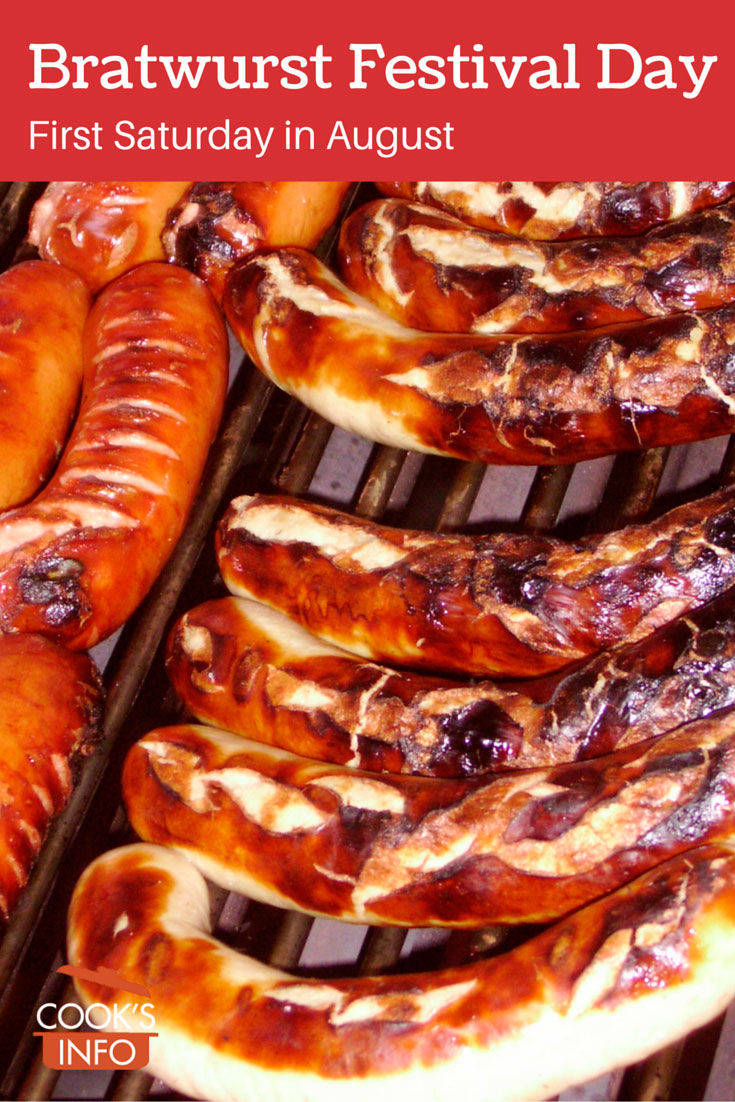 Sheboygan, Wisconsin (USA), on Lake Michigan holds a Bratwurst Festival (“Brat Days”) over the space of two days in August to celebrate bratwurst sausages. It is held on the first Saturday in August (anywhere between August 1st and August 7th), but actually starts the day before.

The bratwurst is served roasted or grilled; it is also sold in tacos, on pizzas, in lasagna, and in sandwiches. Most traditional, though, is Sheboygan style: a hard, crusty roll with two grilled bratwursts in it, and dressed with dill pickles, ketchup, raw onions and brown mustard. It’s called a “double with the works.” The rolls are crusty on the outside, soft on the inside, and buttered before the sausages are put in.

The sausages are simmered in beer, butter and onions after an initial frying. They rarely use sauerkraut as a topping, though it is available for “out of towners.” In Sheboygan, the grills are called “fryers”, and cooking a bratwurst on a “fryer” is called “frying out” or having a “fry out.” Also served at the fry outs are baked beans, doctored up with bacon, brown sugar and onion, and German-style potato salad. To hear local boosters, it’s the best bratwurst in the world, bar none. 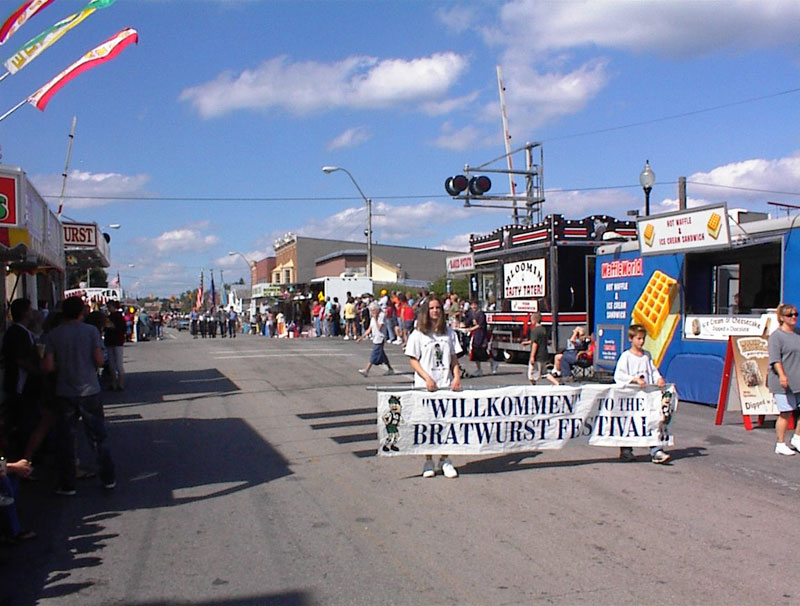 Bucyrus, Ohio, USA holds a bratwurst festival on the last weekend of August that attracts over 100,000 people. It runs over three days — Thursday, Friday and Saturday. Sometimes it is held as early as August 20th, depending on how the calendar plays out that year. A Bratwurst Queen is elected, and brass coins are minted with that year’s Bratwurst Queen on it. There are three parades, a street fair, concerts, and a bratwurst book sale held by the library (no, the books aren’t just about Bratwurst.)

In Bucyrus, it’s traditional to have your bratwurst on a rye bread roll with sauerkraut, chopped fresh onion, and hot mustard.

People in Bucyrus ignore Sheboygan County, Wisconsin (not to mention Germany) and proclaim themselves the bratwurst capital of the world. Bucyrus is located on the Lincoln Highway, which was the first paved road leading from the Eastern United States out to the west, built in the early 1900s.