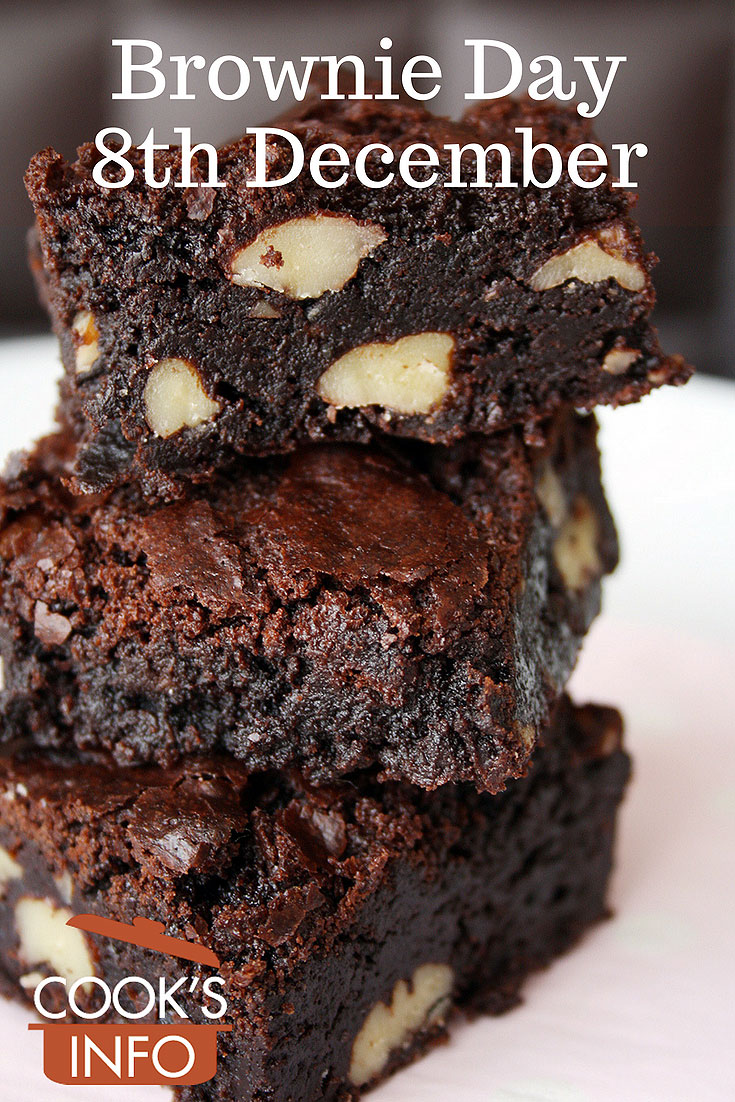 The 8th of December is Brownie Day.

Brownies are relatively easy to make and as such, they are a good way to get those old grey cells limbered up for the serious baking that lays ahead in the next few weeks. They are also good, plain, homey food to have at a time of year when rich excesses are just about to bombard us.

The only hard thing about brownies, though, is that when you say it, you think about the way you like them, while everyone else thinks about the way she or he likes them (North Americans, at least — many Brits are mystified as to what a brownie is.)

To the uninitiated, the differences may seem to be minor variations, but they are important differences to serious fans. There are those who:

However you like them, go ahead and treat yourself today. And don’t worry if you like several different kinds of brownies and can’t decide which one to have today: Blonde Brownie Day is just around the corner, coming up on 22 January. 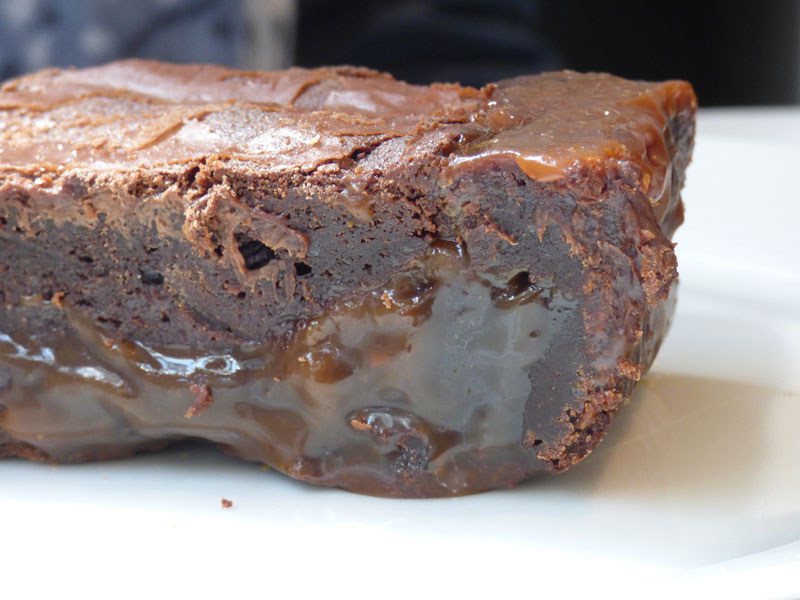 In the 1950s through 1970s, a “National Brownie Day” / “National Brownie Cookie Day” was observed in February, but it was for the sale of boxes of cookies by the scouting organization for young girls called “Brownies”.

The first print mention that CooksInfo is aware of for a “Brownie Day”, as in the dessert squares, dates from 1999 in California: