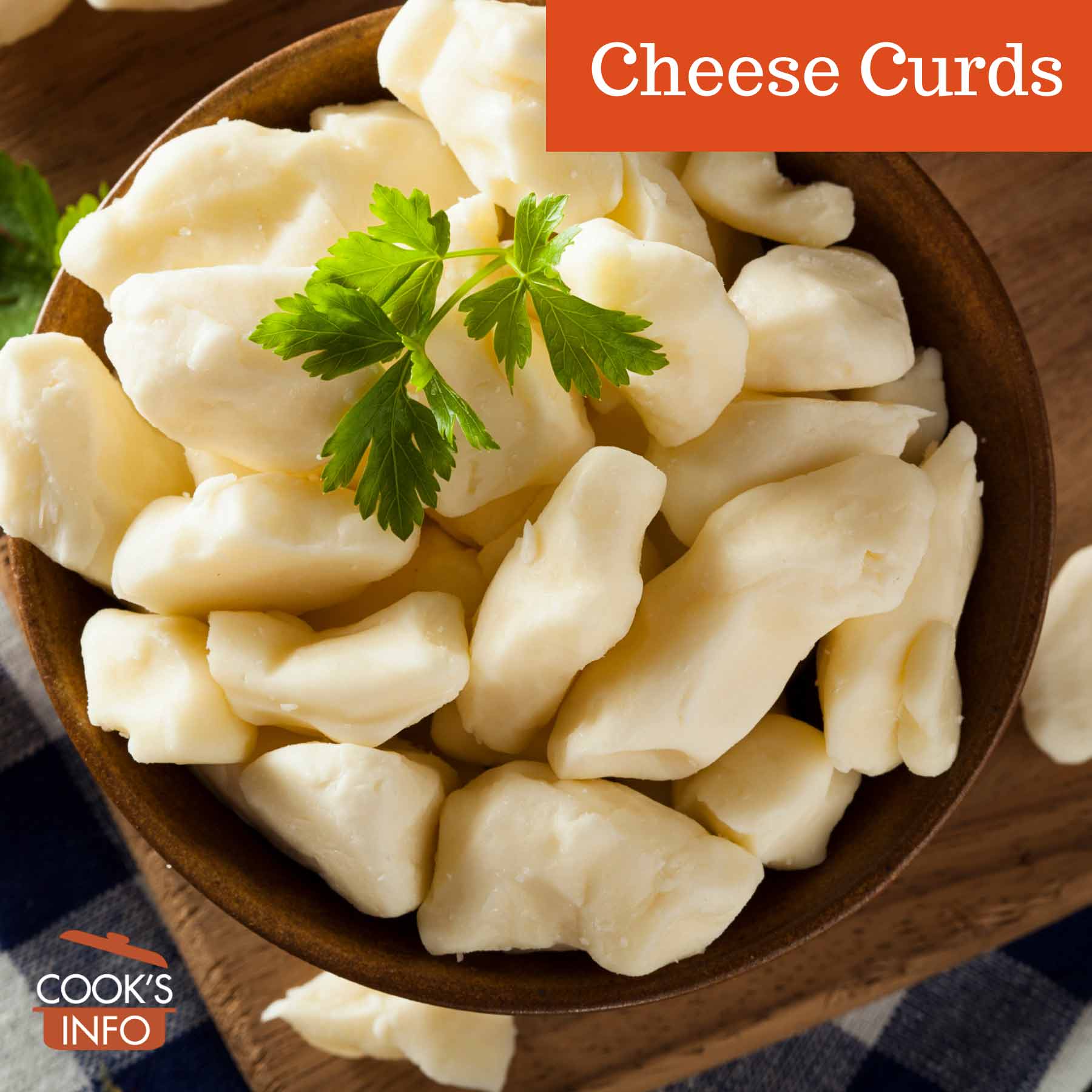 Cheese curds are randomly-sized chunks of cheese typically about the size of unshelled peanuts.

The chunks are actual fresh, unaged curds of coagulated milk that have been separated from the whey in the milk, but not yet pressed together into cheese moulds to form a cheese.

They are primarily used as a cheese snack food, but can also be used as an ingredient in cooking.

Cheese curds will have a mild flavour and a rubbery texture. Good fresh ones will squeak as you bite into them. The squeak is caused by the proteins in the cheese, which are still very “elastic” because they have been freshly made. Fans say any cheese curd over a day old ain’t worth eating. After that, you won’t hear or get the squeak, and they get dry and salty-tasting. If the cheese curds taste really salty, they are getting very old.

Cheese curds are popular in Eastern Canadian provinces such as Ontario, Québec, and New Brunswick. They are also popular in upstate and central New York, and in some border states such as Minnesota, Michigan and Wisconsin. In Eastern Canada, they are usually made based on white cheddar. In the American states, the cheese might be yellow or orange cheddar. You can also find them made from Colby, Monterey Jack, American mozzarella, etc. 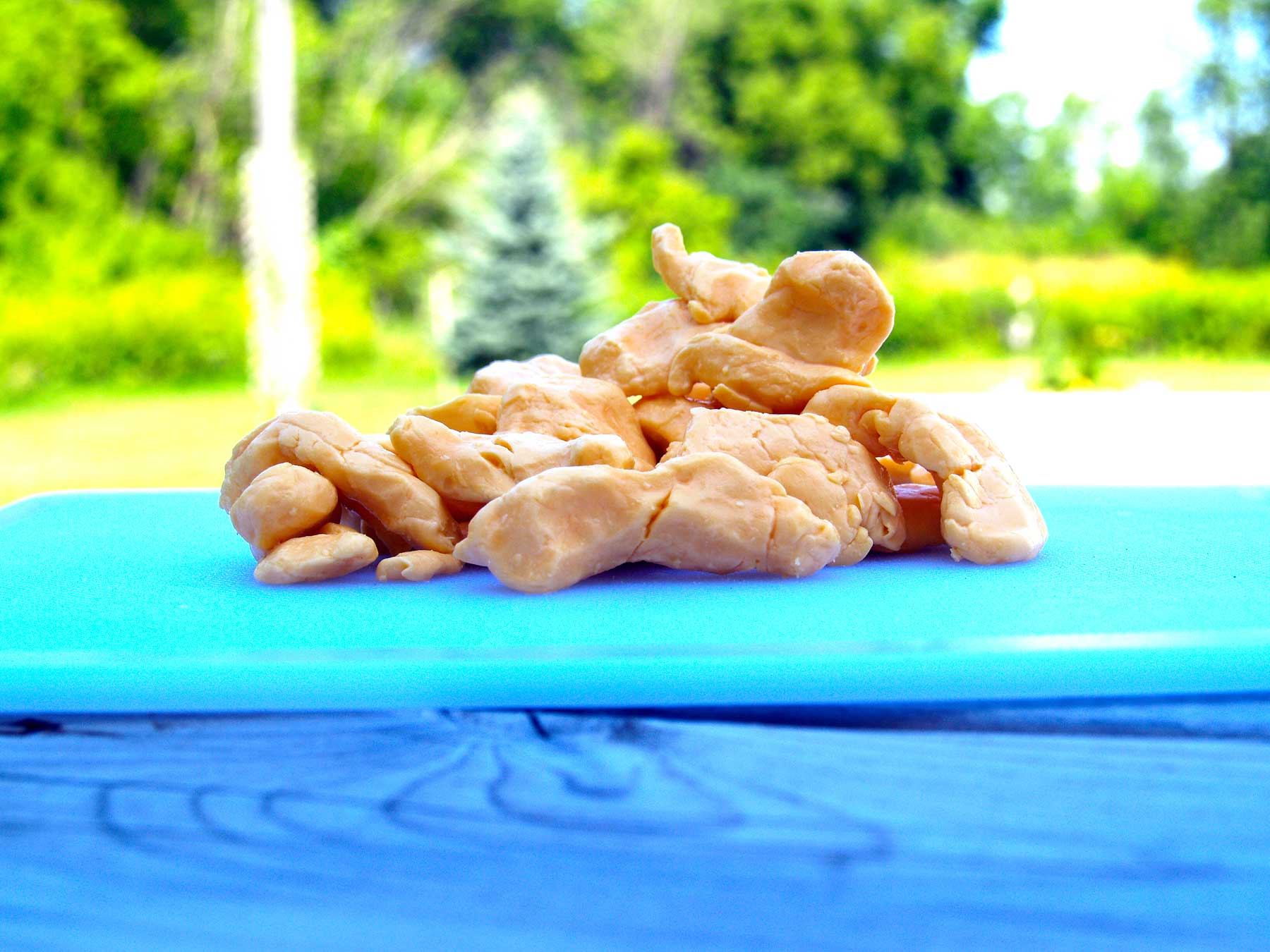 The two top cheese curd producing areas in North America are Québec and Wisconsin. In Québec, they are sold as a snack food at corner stores, and used in the making of Québécois-style poutine.

To make cheese curds, milk is curdled, then the coagulated milk is cut to help separate the curds and whey, then the mass is heated. This “cooking” causes the curd to lose more moisture (in cheese-making, less moisture means a slower-ripening cheese, so that you can have longer maturation times.) Then the whey is drained away, and the cheese curd, instead of being pressed into a cheese mould, as it normally would be, is bagged for sale. One Wisconsin company, the Ellsworth Cooperative Creamery in Ellsworth, in fact doesn’t sell cheese in blocks. It only sells it in this curd form to keep up with the demand.

Fans love cheese curds battered and deep-fried, or on pizza.

You can get them at grocery stores in vacuum-sealed packages to help them stay fresher longer. A 15 second zap in a microwave can also restore some of the squeak. 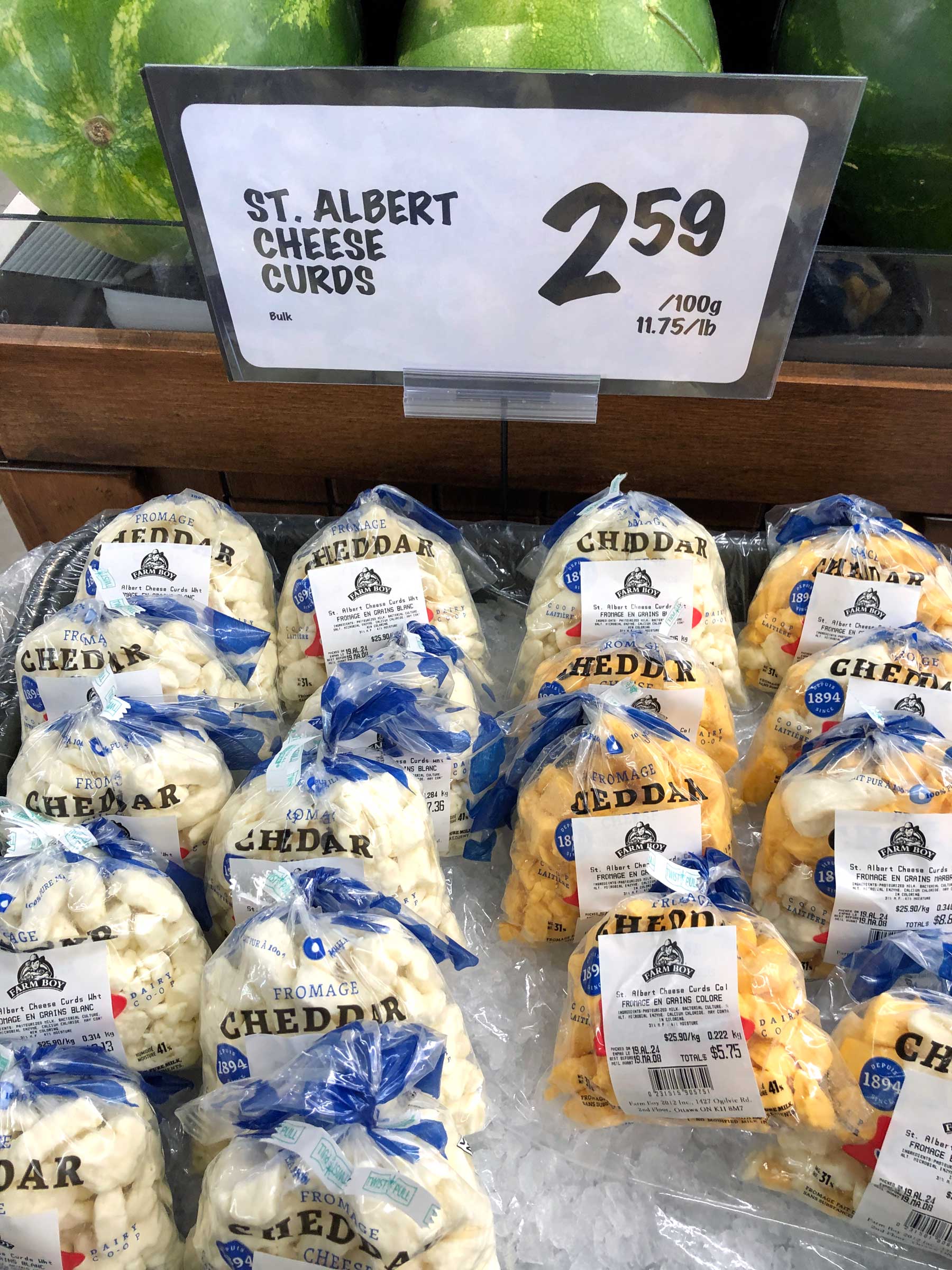 They melt well and quickly when heated.