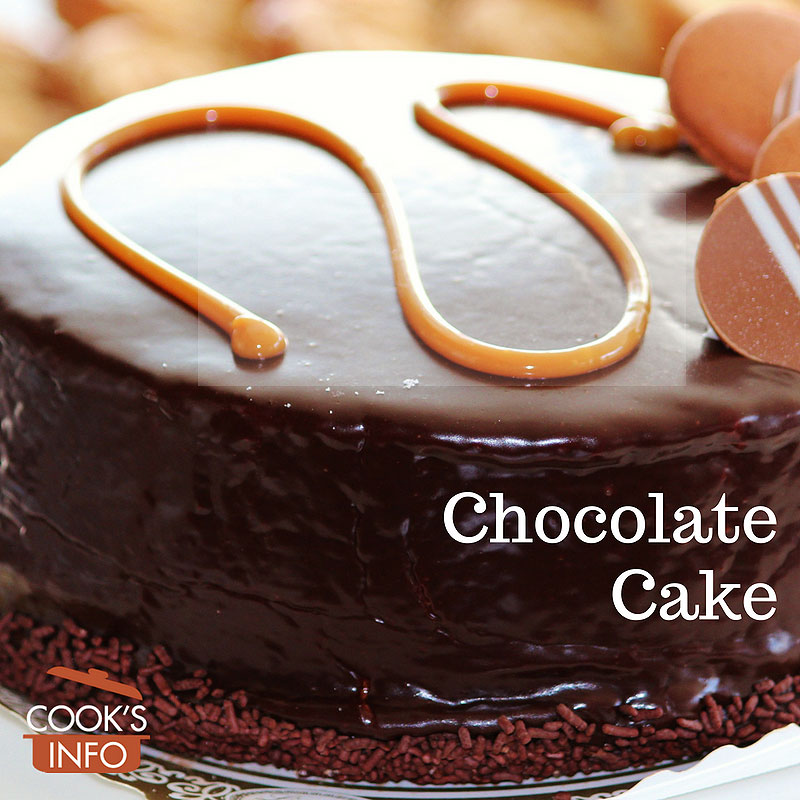 In 1736, Francesco Arisi (aka “Francisco Arisi”, aka Franciscus Arisius”), 1657 – 1743, complained in his poem “Il cioccolato” that chocolate was appearing everywhere in cooking, even in cakes.

The invention of cocoa in 1828 in the Netherlands, and its increasing availability in the UK and in the United States over the next few decades, helped make chocolate more affordable, and easy to use.

The first actual chocolate cake recipe in the United States may have been published by Eliza Leslie in her Lady’s Receipt Book (1846). (Eliza Leslie’s Chocolate Cake)

By the end of the 1800s, recipes began to compete with each other to be the richest, most luxurious chocolate cake, and Devil’s Food Cake emerged, which had in it up to twice the amount of chocolate than other chocolate cake recipes did at the time. Sarah Tyson Rorer, in her 1902 “Mrs. Rorer’s New Cook Book”, calls for 4 oz. of chocolate in her Devil’s Food Cake, and only 2 oz. in her “Chocolate Loaf Cake.” 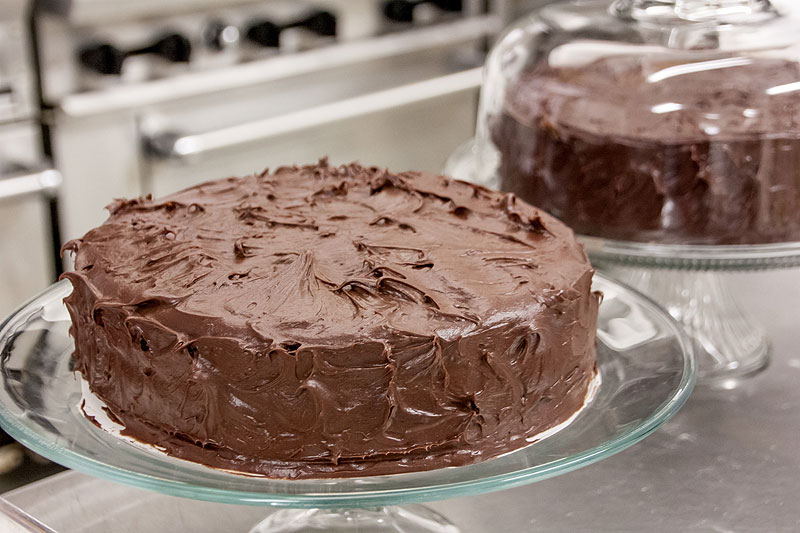 Chocolate mayonnaise cake was probably created during the Depression for those who couldn’t afford to use a lot of eggs, milk and shortening (though even the cocoa itself must have been a stretch), but it became popular during the Second World War when, no matter how much money you had, if you’d used up your ration coupons for those basic ingredients, you were out of luck.

In 1824, Mary Randolph gave a recipe for what she called “chocolate cakes.” They were plain biscuits or cookies cooked on a griddle and meant to be served with cups of chocolate drink. There was no chocolate in the actual recipe.

“CHOCOLATE CAKES. PUT half a pound of nice brown sugar into a quart of flour, sift it, and make it into a paste, with four ounces of butter melted in as much milk as will wet it; knead it till light, roll it tolerably thin, cut it in strips an inch wide, and just long enough to lay in a plate; bake them on a griddle, put them in the plate in rows to checker each other, and serve them to eat with chocolate.” — Mary Randolph. The Virginia Housewife. Washington, Printed by Davis and Force, 1824. 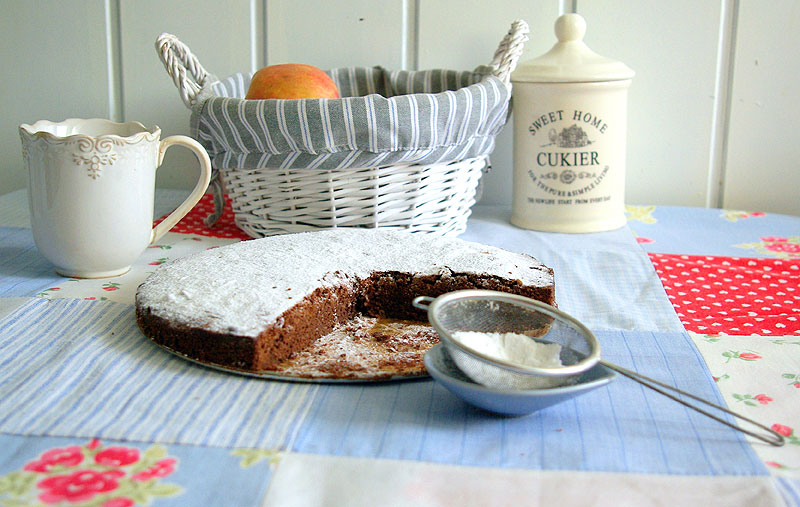