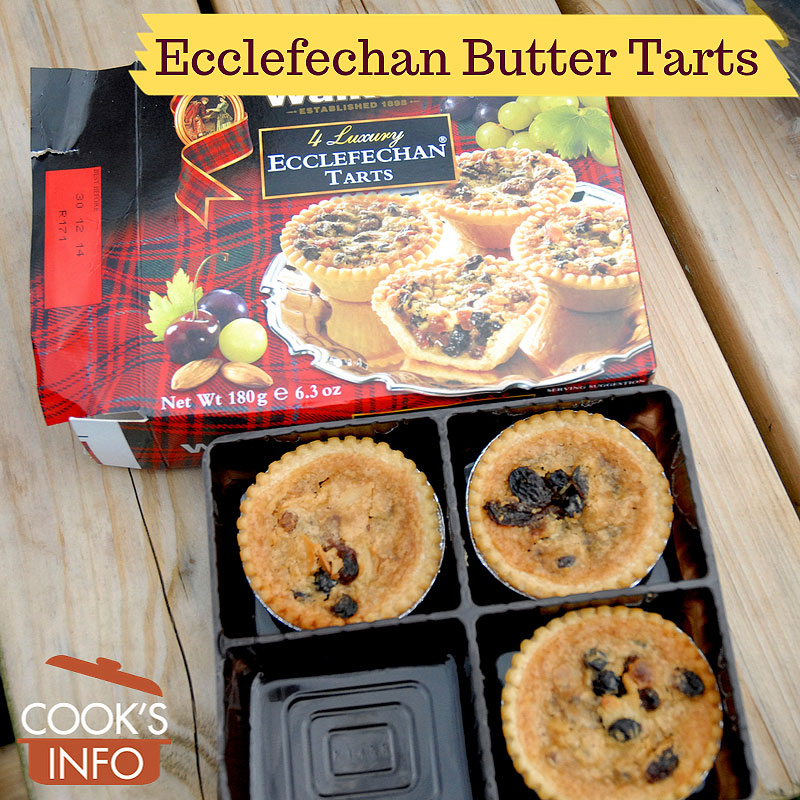 Ecclefechan butter tarts (pronounced “Ekel-fek-an”; also just “Ecclefechan tarts” or “Border Tarts”) are Scottish tarts made with melted butter, brown sugar, egg, walnuts, currants and white vinegar. The mixture is spooned into tart shells and baked. It can also be made as one single larger pie. How light, or dark, the tarts are depends on whether dark or light brown sugar was used.

The vinegar in the recipe serves to cut back the sweetness a bit.

Some versions will use a mixture of dried fruit, in place of just currants, but older versions used currants for the most part.

The filling of the tarts may be runnier with a clearer top, or more solid, with a golden sugar crust on top, depending on the recipe variation used. When warmed (as is one serving suggestion), the sugar-and-butter part of the filling becomes runnier again.

Typically, the recipe contains no spices, though a 2004 American take on the recipe which appeared in Bon Appétit magazine [1]Ecclefechan Tart Recipe. Bon Appétit Magazine. May 2004. introduced cinnamon (and swapped out the vinegar for lemon juice.)

Ecclefechan butter tarts are often laid out on festive tables along with other traditional Scottish foods. They can look particularly festive if dried or candied cherries are included in the fruit mix.

American Pecan Pie and Pecan Tassies, as well as Canadian Butter Tarts, are later North American variations of Ecclefechan butter tarts, which have been made since the 1700s. 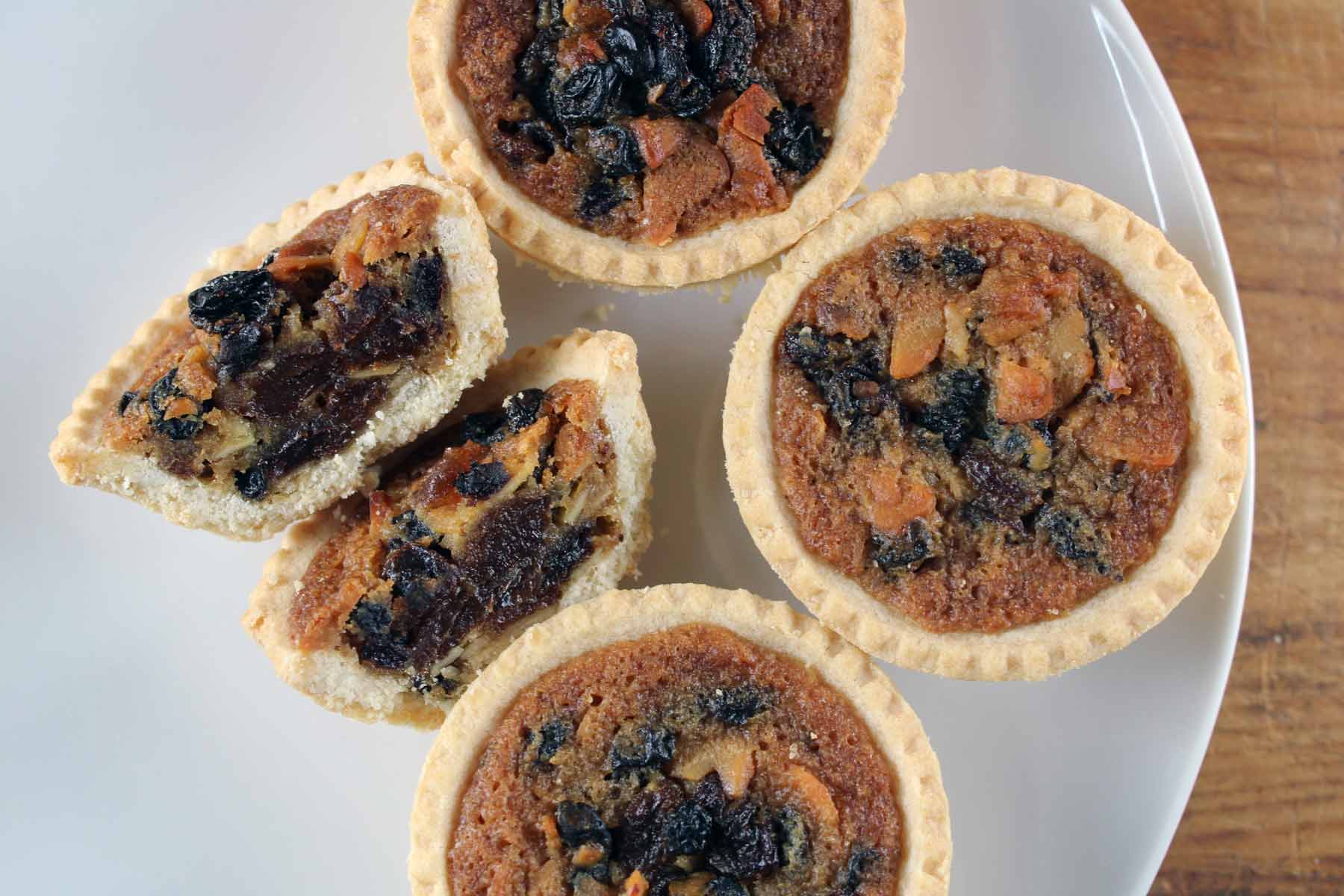 There are at least two commercial brands available, one made by Sainsbury’s under its “Taste the Difference” line, and the other made by the Walker’s Shortbread company. Both have dropped the use of the word “butter” in the name, and refer to the tarts as just “Ecclefechan Tarts.” This packaging on the Walker’s, though, shows it still in the product description. 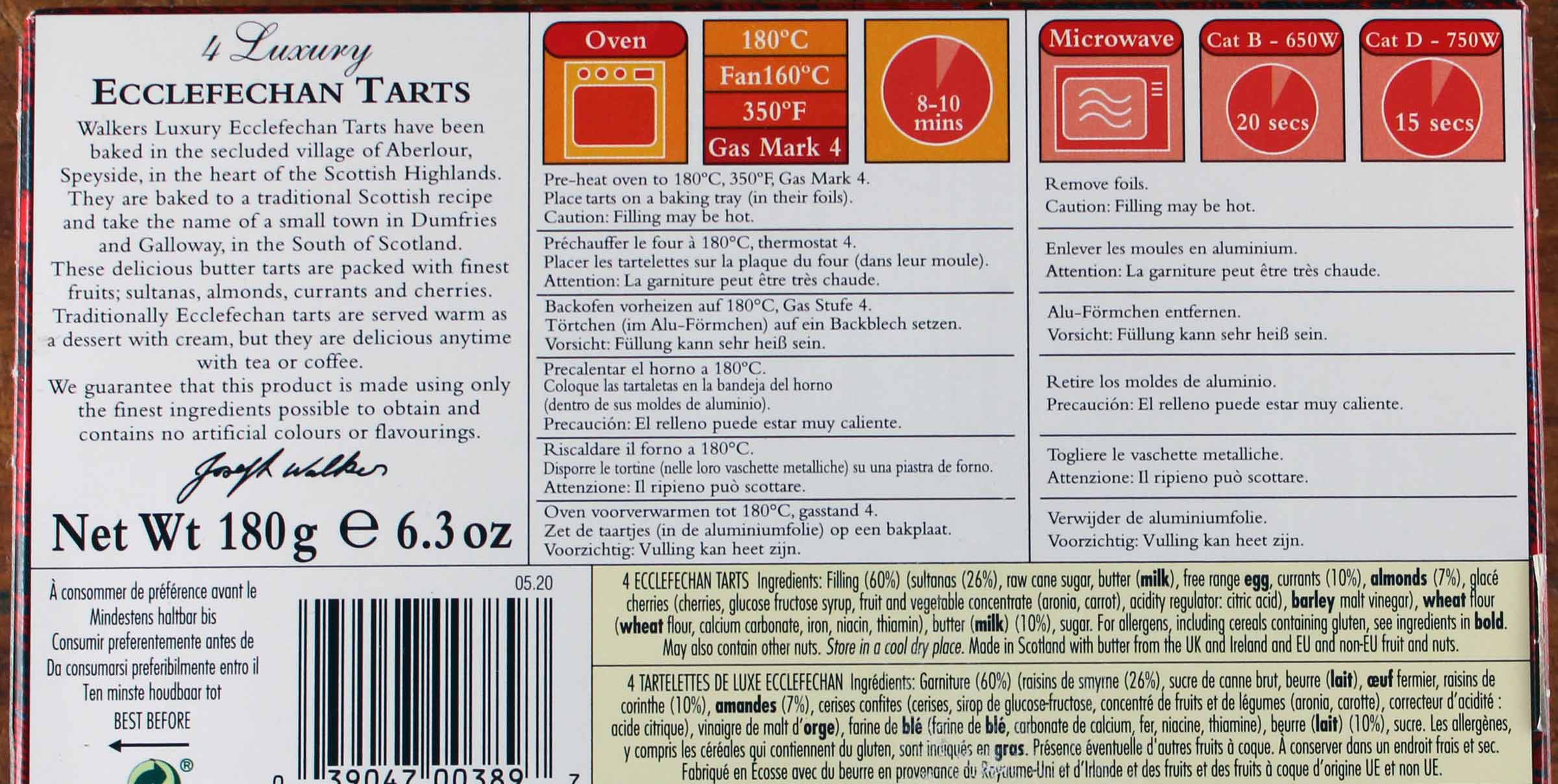 The tarts are named after the town of Ecclefechan (Scottish Gaelic: Eaglais Fheichein), a small town in Scotland. It is close to the English border, being just 11 minutes by car north of the famous Scottish border town Gretna Green.

Some feel that this proximity to the English border gave birth to the alternative name of “Border Tarts.” 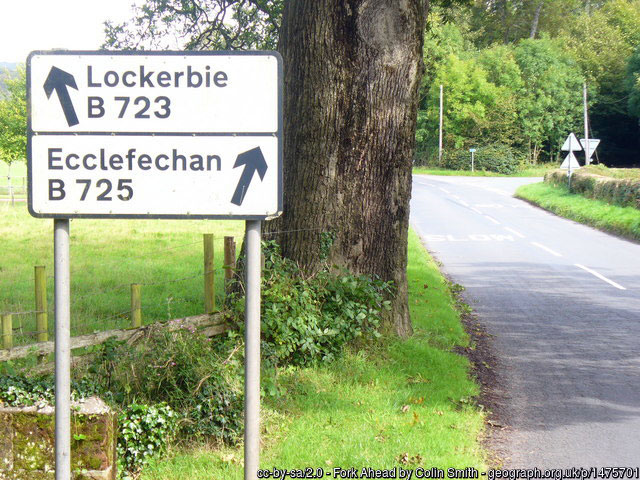 Lowering the cooking time results in a slightly runnier tart, which some people prefer.

Melt the butter and set it aside to cool.

Make up a pie crust from a pie crust recipe of your choice; make enough that would make a bottom pie crust only. Use that to line tart cups with. Set aside (in fridge, if there is room.)

Chop the walnuts; set aside (after chopping, you want to have ended up with about ½ cup in volume.)

In a large mixing bowl, beat the two eggs, then mix in the melted butter, then the sugar and vinegar. Then add in the walnuts and mixed fruit, stir to combine, pour into tart shells, and bake for 20 to 25 minutes until the tart filling has puffed a bit and the pastry has browned.

Can also be made as one pie; no top crust needed.

For Christmas 2007, the British supermarket chain “Sainbury’s” promoted Ecclefechan Tarts as an alternative to mince pies. By the end of November 2007, they had already sold 50,000. Their recipe included all butter pastry, demerara sugar, butter, eggs, sultanas, currants, almonds, diced cherries, vinegar. Sainsbury’s was still selling them as of 2019, with a 4-pack of the tarts going for £2.00.

Walkers introduced their Ecclefechan Tarts in 2009.

The Scots have been making butter tarts since before even Robbie Burns was born.

The village was an important stop on the stage coach run between Glasglow and London, a trip that took six days. During the 1800s, the village held 12 fairs and markets during the year, more than almost anywhere else in the south of Scotland. [2]Ecclefechan. Undiscovered Scotland. Accessed October 2019 at https://www.undiscoveredscotland.co.uk/ecclefechan/ecclefechan/index.html

The British historian, Thomas Carlyle, was born in Ecclefechan on 4 December 1795. 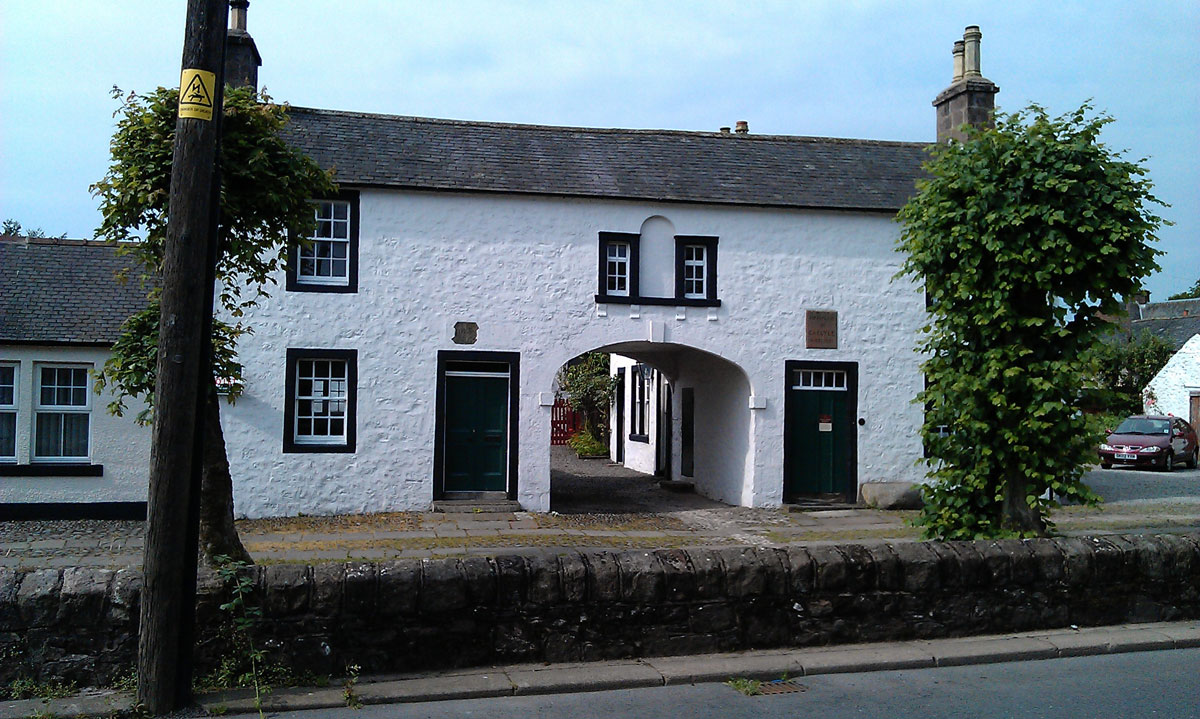 Ecclefechan is also known for a blended Scotch whisky called ‘The Fechan.” On its label, the arched house where Thomas Carlyle was born is depicted.

Some food researchers surmise that the word “butter tarts” is a corruption of “border tarts.”