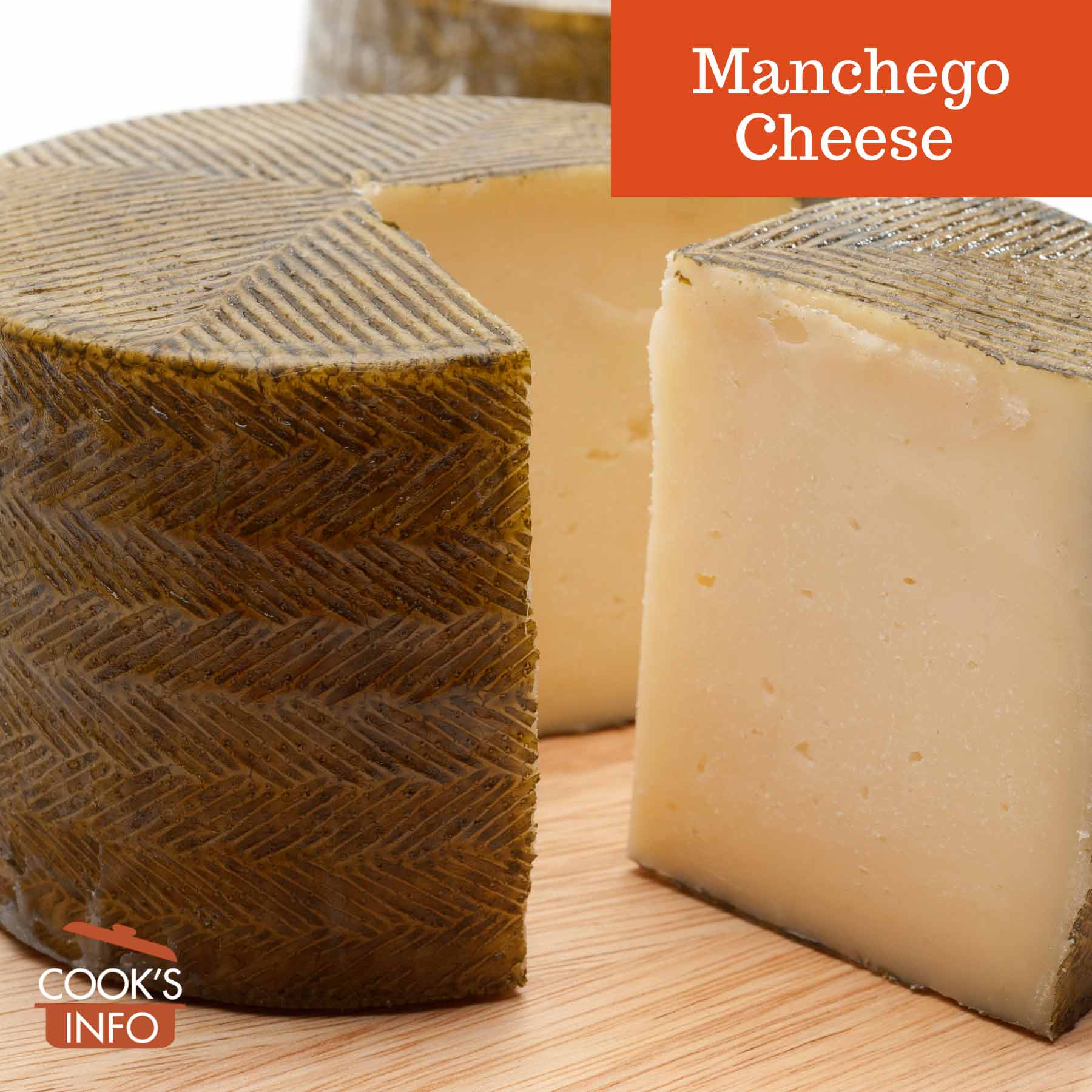 Manchego Cheese is made in the Spanish regions of Castilla La Mancha, Ciudad Real, Albacete, Cuenca and Toledo in central Spain.

It is made from sheep’s milk; some versions pasteurize the milk first.

It has a waxed, inedible rind.

Inside, the cheese is golden or ivory colour with small holes, and depending on how aged it is, slightly flaky.

It tastes like a slightly sweet cheddar with a hint of salt in it. The taste starts off mild when the cheese is young, and gets sharper as the cheese is aged.

The cheese can be either a semi-firm cheese, a firm cheese, or a hard cheese, with firmness increasing with age. 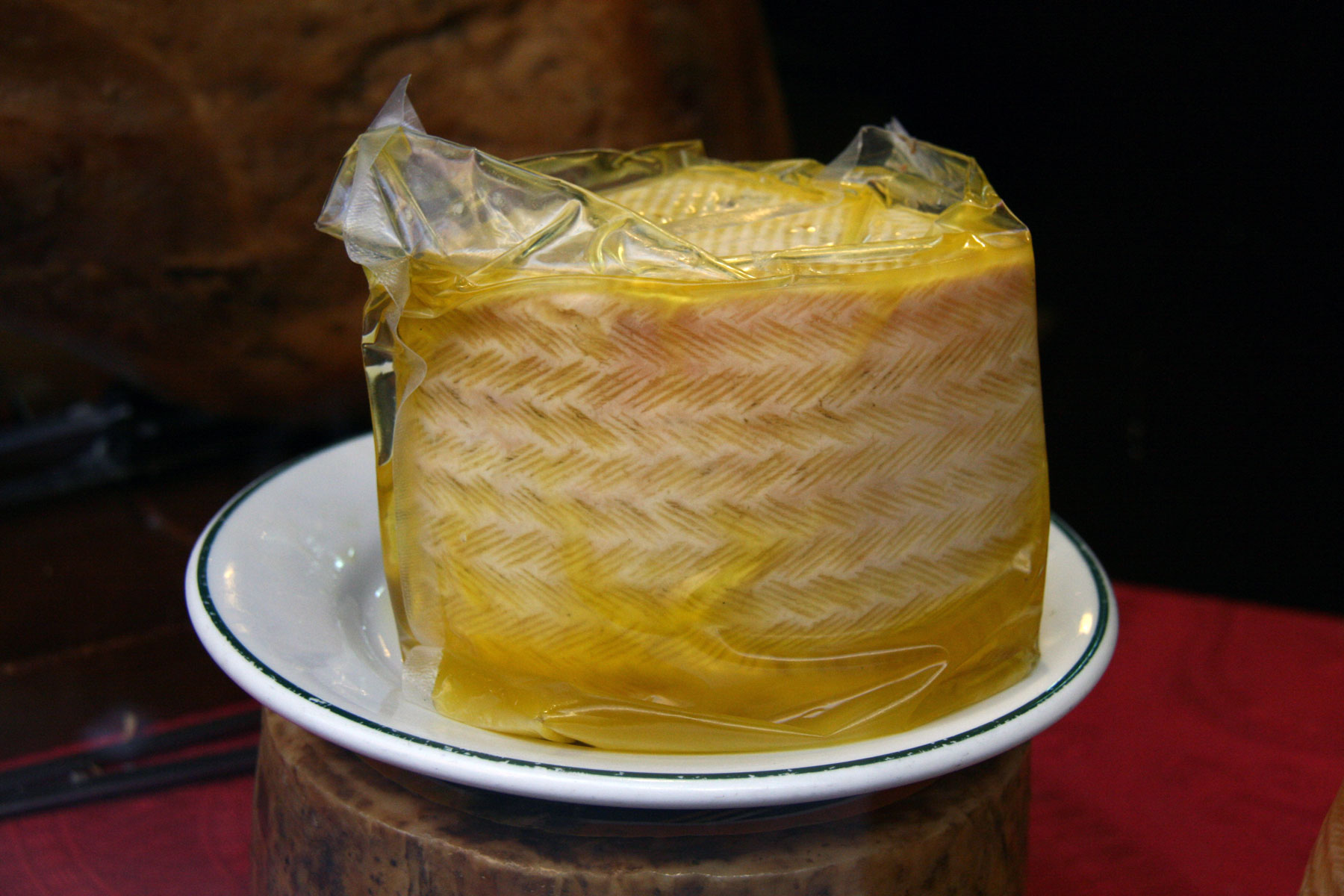 The rind is embossed with a herringbone-patterned braid that used to be caused by the type of cheese press used, which was made of strands of grass. Even though grass cheese presses are no longer used to form the cheese, the traditional pattern is still impressed into the rind, though now by means of plastic moulds. The pattern is expected by consumers and used by them to recognize the cheese (just as the rind pattern is for Pecorino cheeses).

Spanish Manchego Cheese can be very expensive in North America. 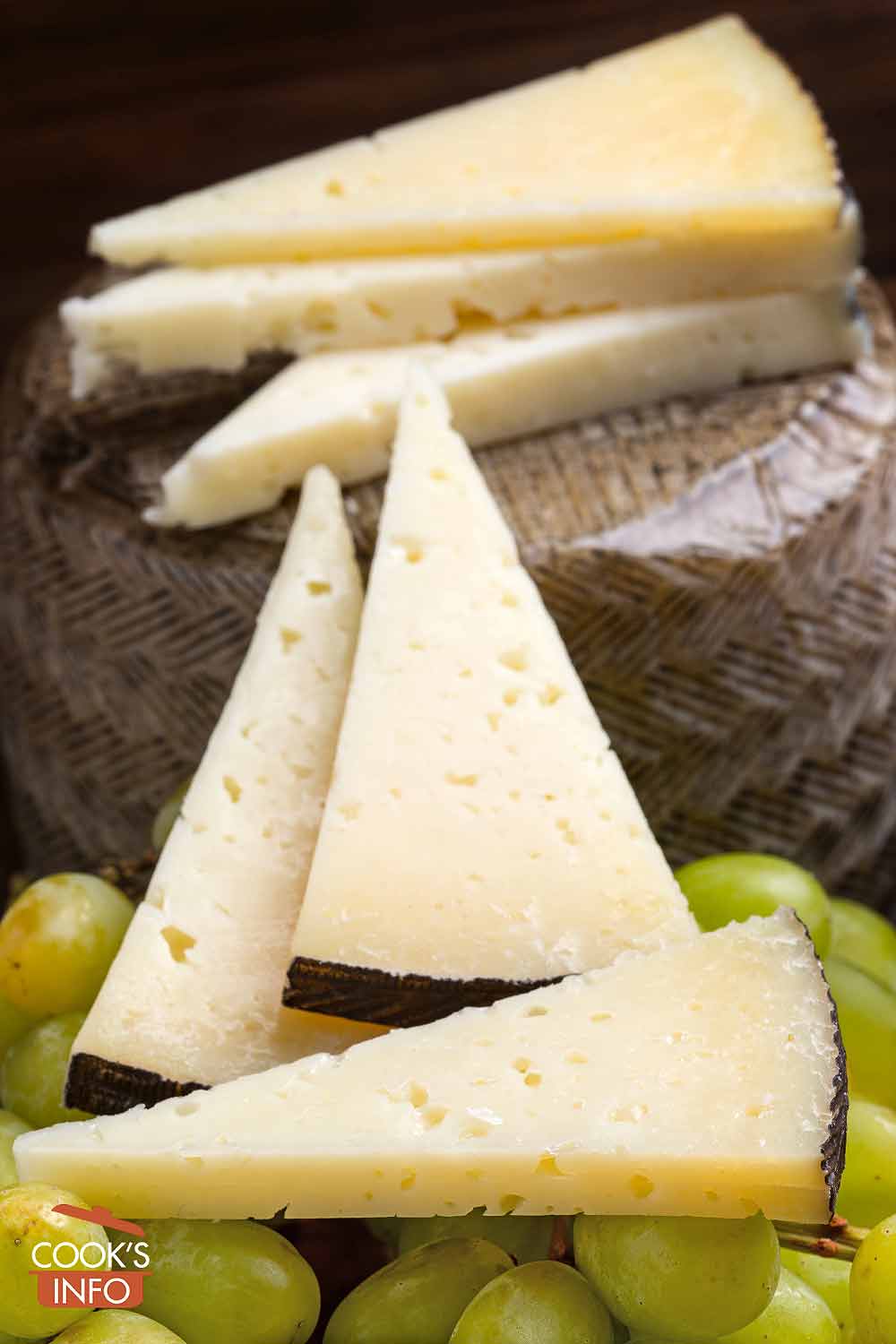