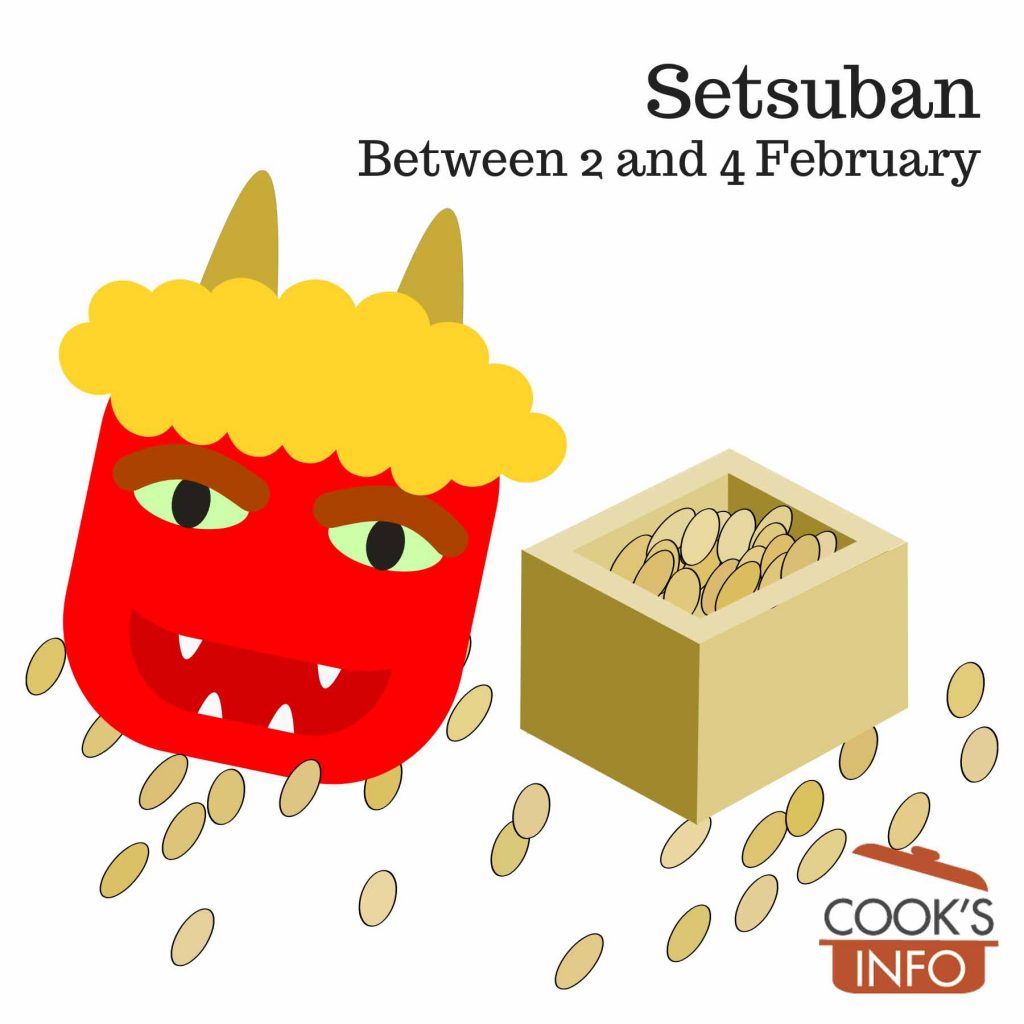 Setsubun is a day in Japan marking the end of winter, and the start of spring. It is observed between the 2nd and 4th of February.

Roasted soybeans called Fuku Mame (“Happiness Beans”) are bought and thrown to chase away evil spirits and bring good luck. The throwing of the soybeans is called “Mame Maki” (with “mame” meaning “beans”.) 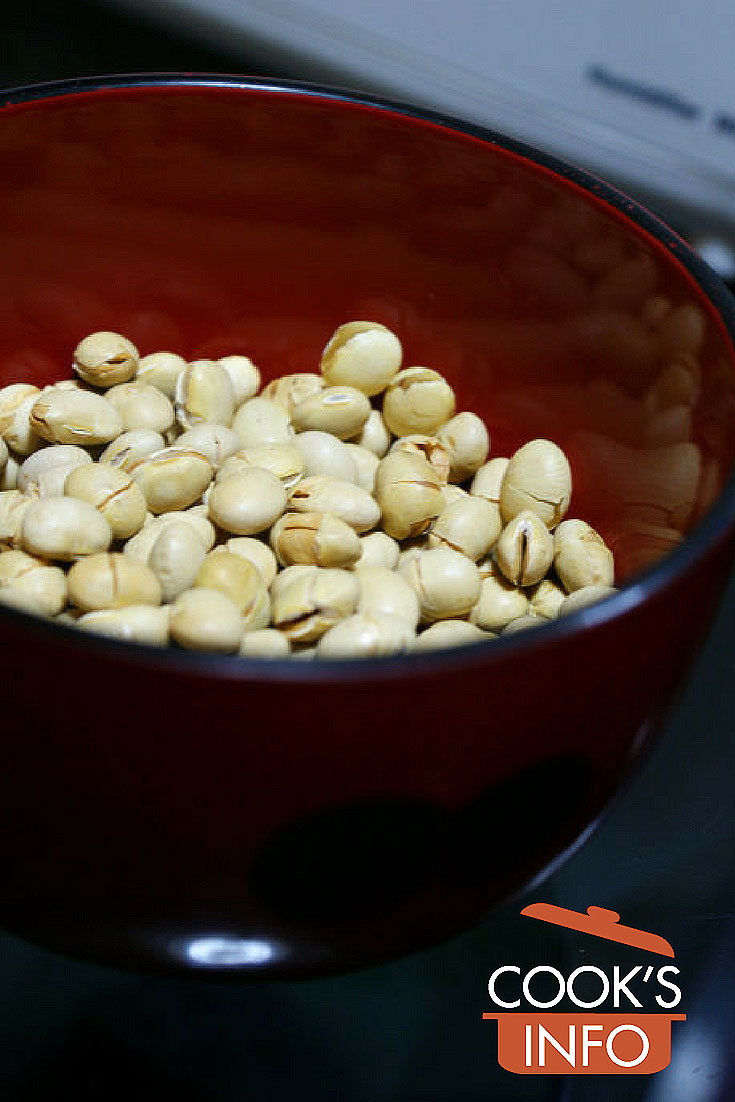 You open the doors and windows of your house and throw beans around inside, saying, “Oni wa Soto — Fuku wa Uchi (Get out Bad Spirit! Come in Happiness!) You also throw some beans out the door. In the house, after you throw them, you pick them up and eat them — for luck, you should eat as many as you are years old.

At temples, beans are thrown by monks and famous personalities into crowds to drive evil spirits away from the people. 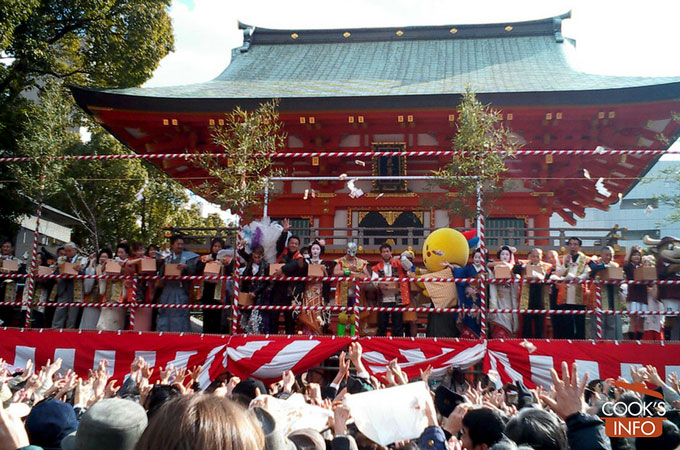 Sometimes fathers will put an evil spirit mask on and let their children throw beans at them.

A holly bush in front of a house might be decorated with a sardine head, garlic clove or onion hung in it to keep away evil spirits during the celebration (called “hiragi iwashi”, meaning “holly sardine.”) If there’s no holly bush, holly leaves and one of the food items can be attached to the front door. Demons are presumed to be afraid of holly branches poking their eyes out, and to dislike the strong-smelling foods. 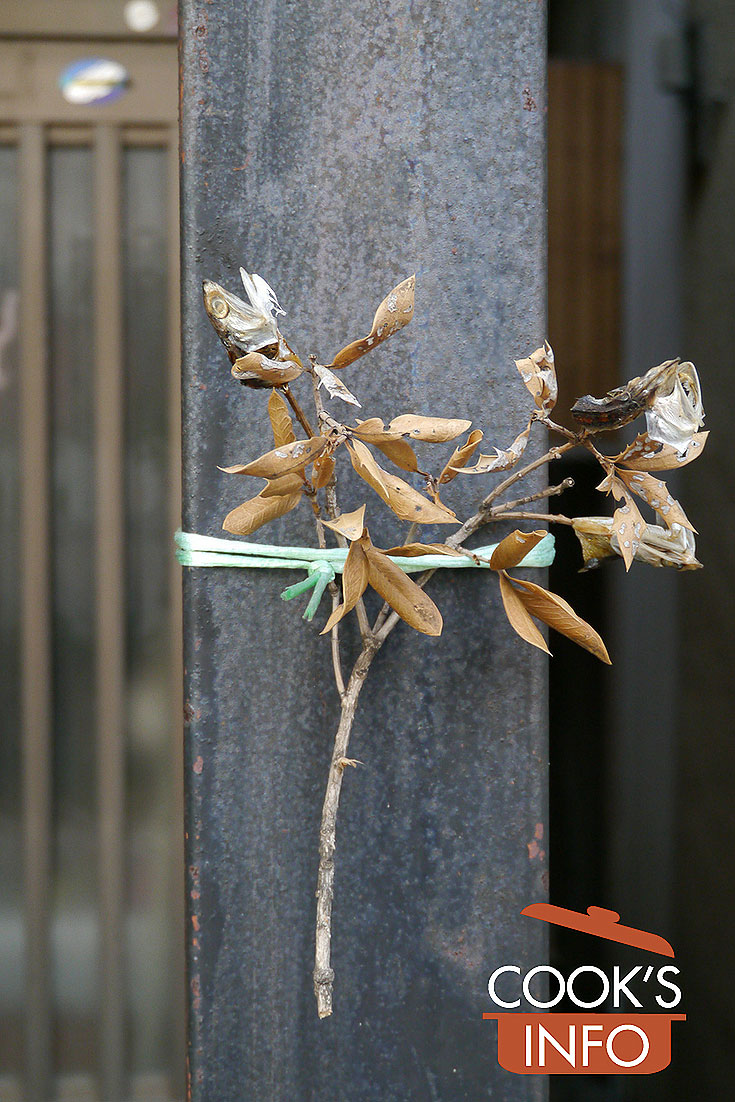 You eat the sushi roll whole, because slicing it might cut your good fortune short, and sever relationships. Ideally, you eat it while facing in the lucky direction for that year, which changes each year based on the zodiac sign. It is customary to eat it in silence all in one go, contemplating what you want luck to bring you and making a wish. The sushi roll tradition is thought to have begun in the Kansai region (the area around Osaka and Kyoto), but now is popular throughout Japan. You can buy these ready-made everywhere, including convenience stores such as 7-11s in Japan. 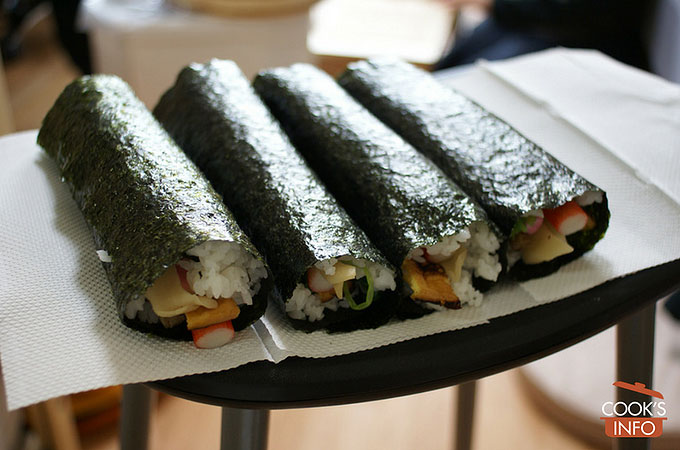 Setsubun used to mark the start of a series of celebrations for the old lunar New Year (approximately the 5th of February.)

Setsubun is pretty much the only part of the old celebrations that has survived.

In fact, there used to be 4 “setsubun” days each year, each marking a quarter of the year (just as there were quarter days in England and Ireland), but only this one continues. 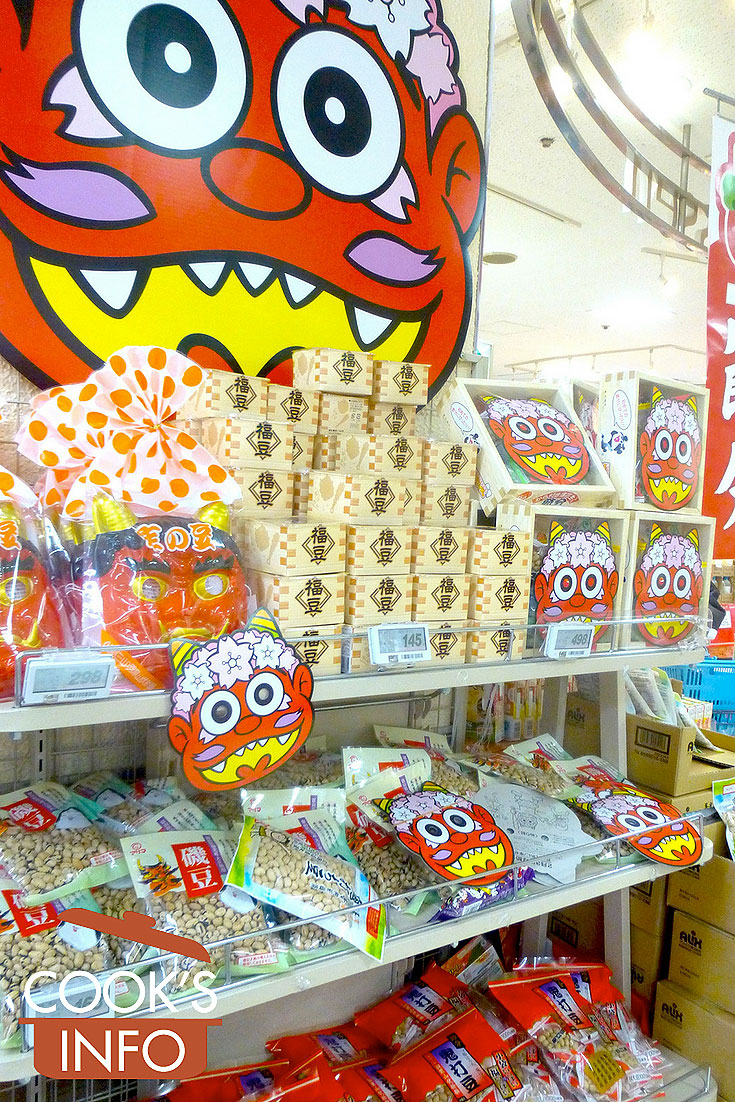 This web site generates income from affiliated links and ads at no cost to you to fund continued research · Information on this site is Copyright © 2021· Feel free to cite correctly, but copying whole pages for your website is content theft and will be DCMA'd.
Tagged With: Japanese Food, Soybeans