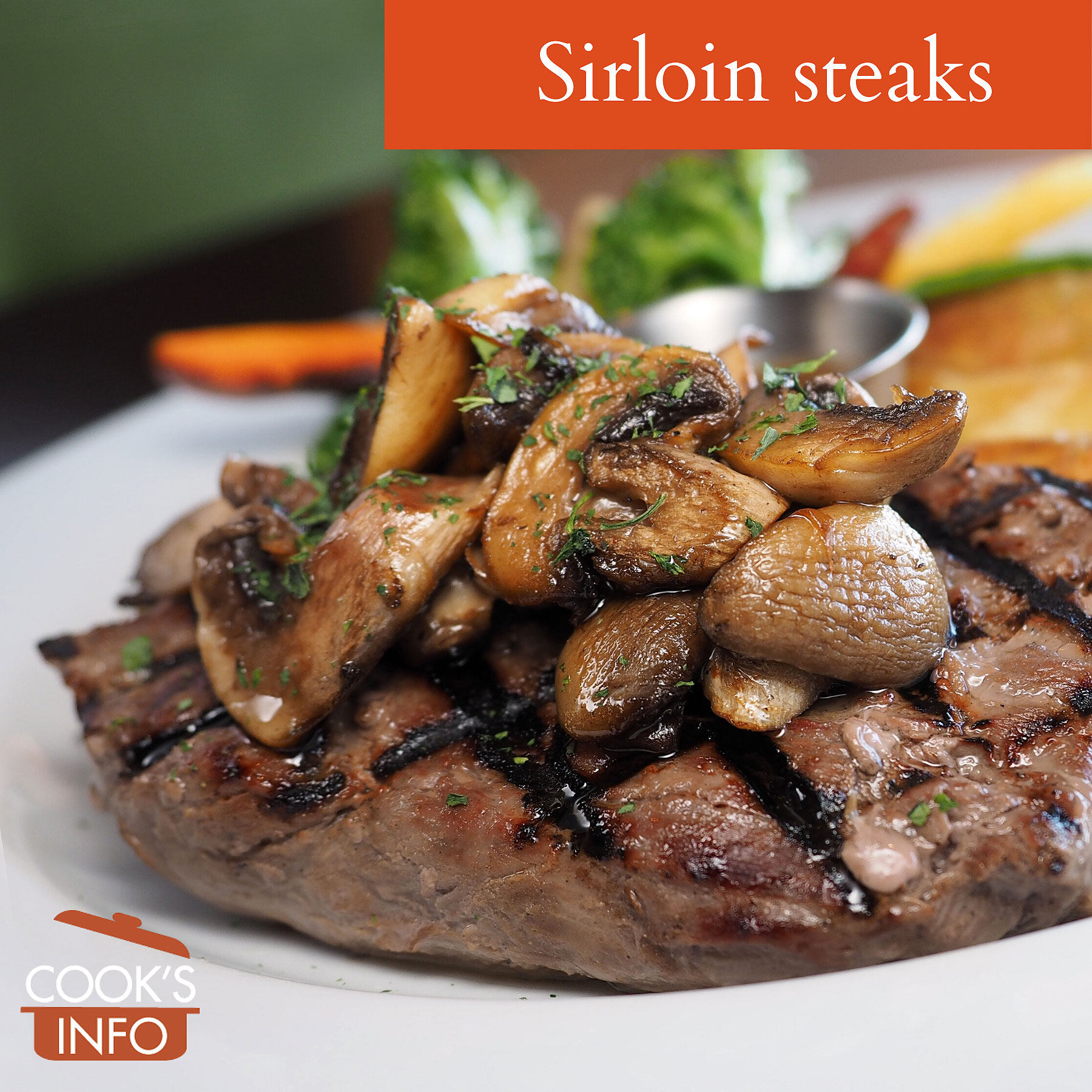 Generally, the term “sirloin steak” is taken to be a sirloin steak with a bone in it, but boneless are also cut.

“The sirloin is a short piece of meat that extends along the short loin to the round. It varies considerably in bone and muscle structure and is usually offered in several cuts… To cook sirloin steak, follow the directions for preparation and serving of porterhouse steak.” [1]Beard, James. American Cookery. Boston, MA: Little, Brown and Company. 1972. Page 259.

Four bone-in steaks are cut in this order, from front to back: pin bone, flat bone, round bone, wedge bone. The wedge bone steak is the less tender but more flavourful, as it comes closest to the round. Still, overall, the tenderness of sirloin steaks is very similar to that of more expensive steaks from the short loin area, such as porterhouse or T-bone, and, at a far lower cost for higher flavour, sirloin steaks are extremely good value.

In general, it seems that if the bone is trimmed from any of the above mentioned four steaks, they are all called “top sirloin steaks.” There are other boneless sirloin steaks, however, such as ball tip, flap, tri-tip and sirloin cap.

Sirloin steaks can be cut anywhere from 2.5 to 9 cm thick (1 inch to 3 ½ inches).  They are all flavourful and juicy, but should not be overcooked or they will definitely toughen on you and be disappointing. If you like well-cooked steaks, choose one from the rib or short loin area that can stand up better to the extra cooking.

Top sirloin is a very good steak choice, one that butchers will often get for themselves.