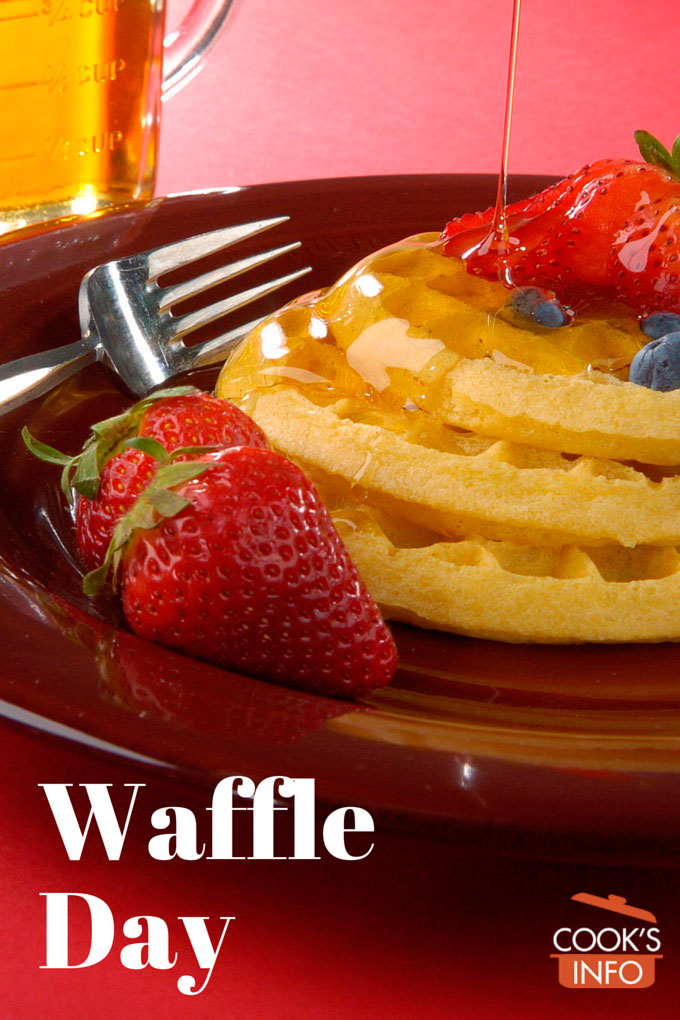 The 25th of March is Waffle Day.

What a great reason to treat yourself to some waffles today.

You could order them at a restaurant, or buy some frozen ones and heat them up at home.

Or, if you have a waffle iron languishing somewhere in the house, today could be the reason you have been waiting for to haul it out. You could even take your waffle iron to the office, and make an event of it there at lunchtime.

Waffle Day originated in Sweden, where it’s called “Våffeldagen” (Waffle Day.) It’s also Lady Day, the day when the Virgin Mary was informed by the Archangel Gabriel that she was pregnant. There’s no official record of whether Gabriel delivered her any waffles at the same time.

A dissenting point of view

Some say the 25th of March date should be treated as “International Waffle Day” and 24th August as American Waffle Day.

The reason that some Americans advocate for the 24th August is because it was on that day in 1869 that Cornelius Swarthout of Troy, New York received American patent #94,043 for “a new and useful Improvement in Waffle-Irons.” Considering how many “new and useful Improvements” must have taken place in Waffle Irons over the centuries (we know they were being used as early as the 1300s), focussing on one improvement just because it was the first American improvement does seem a little over the top, even for America. That aside, the 24th August is really only an “artificial day”, promoted now and then by restaurants and radio personalities, whereas the 25th March has a solid footing in historical practice. Consequently, CooksInfo throws its backing behind the Swedish inspired March date, if only because America already got to name a plethora of days such Tapioca Day, Tortilla Chip Day and Coffee Cake Day. It’s only fair to let someone else in on the food days for once.

A 5th August date is also bandied about for Waffle Day. CooksInfo has found print media evidence of this date (range, at any rate) dating from 1983 in Florida:

This web site generates income from affiliated links and ads at no cost to you to fund continued research · Information on this site is Copyright © 2023· Feel free to cite correctly, but copying whole pages for your website is content theft and will be DCMA'd.
Tagged With: Waffles