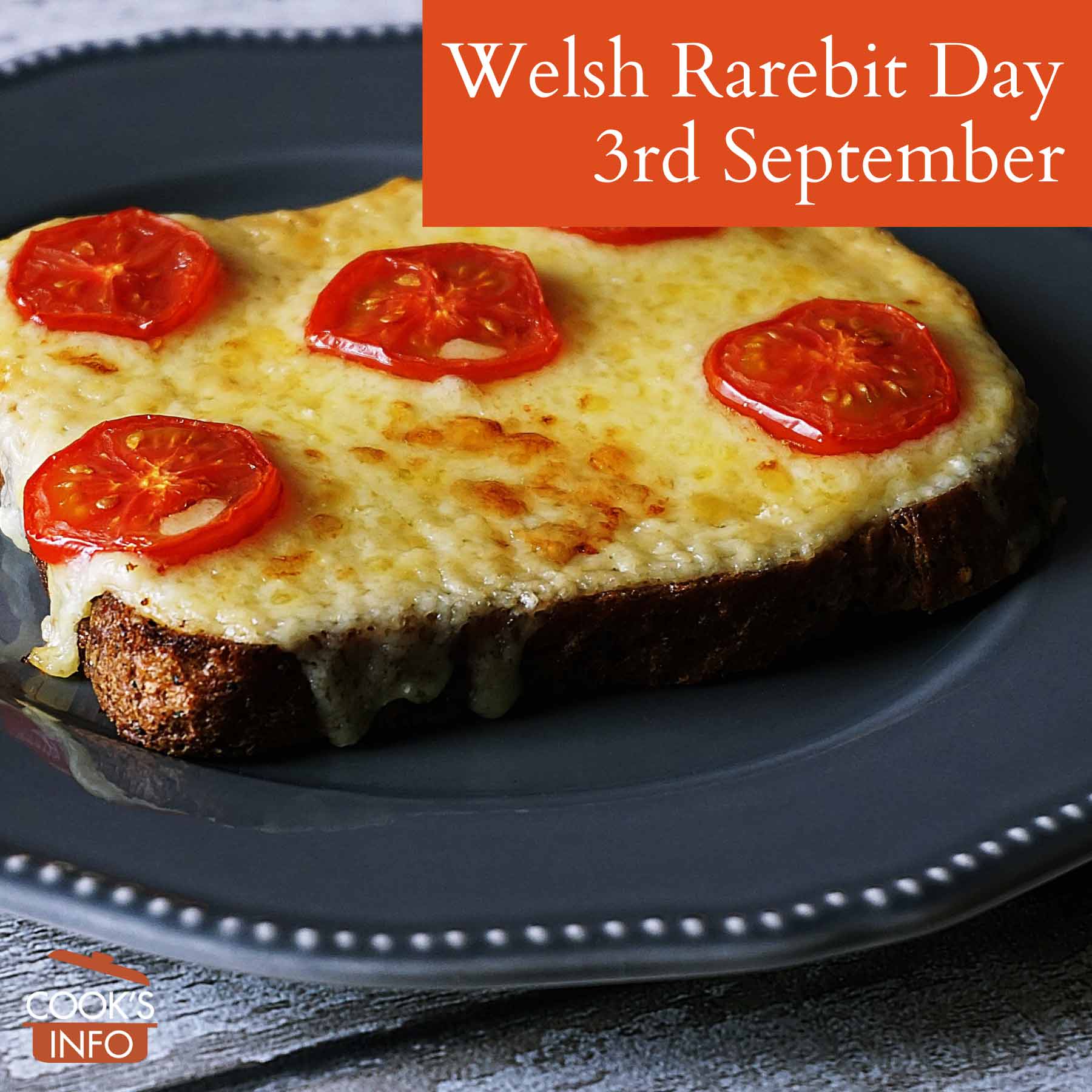 The 3rd of September is Welsh Rarebit Day.

The day celebrates the whimsical Welsh dish that is actually just a thick cheese sauce on toast, with no rabbit involved at all!

Just as in “toad in the hole” there’s no toad, and in “spotted dick” there’s no… well, you get the idea.

Welsh Rarebit is a posh version of Cheese on Toast because it involves not just cheese slung on a bit of bread, as the English do, but rather a sauce made with cheese, so more art goes into it.

Do you prefer the cheese sauce to be based on milk, or ale?

There are many different recipes and variations. More substantial versions have poached eggs and / or a slice of English bacon on them as well.

What kind of cheese do you like on your Welsh Rarebit?

Welsh Rarebit is a good snack to have with beer, and it’s a tasty meatless snack for vegetarians.

You could try making a vegan version with vegan cheese.

Welsh Rarebit is actually called “Welsh Rabbit”: no one is quite certain how the “rarebit” name came to be applied, but people like to invent stories, especially if there’s been a lot of ale in the sauce!

The earliest print mention that CooksInfo is aware of dates from 2005 in Wisconsin:

On the same day, mention of it also appeared in papers in Alabama, Iowa, Maryland, Michigan, North Carolina, Tennessee, and Ohio.

This web site generates income from affiliated links and ads at no cost to you to fund continued research · Information on this site is Copyright © 2022· Feel free to cite correctly, but copying whole pages for your website is content theft and will be DCMA'd.
Tagged With: Toast