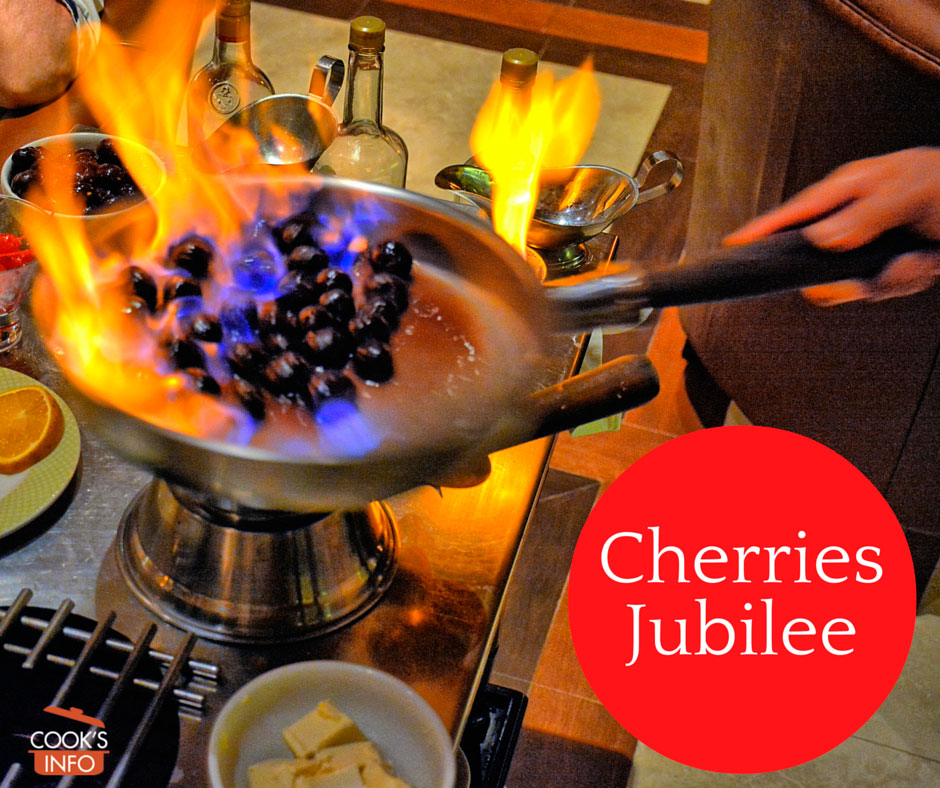 It is basically a cherry sauce over vanilla ice cream.

Pitted cherries are poached in a sugar and water syrup, with cherry brandy added (some say plain brandy), then flamed, and served over vanilla ice cream. It is often prepared in a chafing dish because it’s usually flamed at the table in restaurants. When flamed, it can be a spectacular presentation.

The dessert became considered passé and kitsch because it was served at so many group dinners and in so many restaurants, and the quality of it became debased with the use of canned cherries instead of fresh.

Cherries Jubilee was in theory invented for Queen Victoria’s Golden Jubilee in 1887 celebrations by Georges-Auguste Escoffier.

In his book, “Memories of My Life”, a footnote identifies the occasion for the creation as the Golden Jubilee.

His original version didn’t have ice cream. In his “Le Guide Culinaire”, 1903, he also listed a recipe called “Cerises Jubilee.” This called for Kirsch, but no still ice cream. He also said that instead of making a simple syrup, red currant jelly could be used, or, he says, the simple syrup can be thickened with cornstarch or arrowroot.

In fact, though, of course, cherries poached in a simple syrup, with no alcohol in them, and unflamed, existed well before any of all this, served in a dish without ice cream.

Drain the cherries (save the juice), and toss in a bowl with the lemon rind, sugar, cinnamon, and kirsch or cognac; let steep until needed.

Blend a tablespoon of arrowroot or cornstarch in a bowl with the cherry marinating juices, then beat in a few tablespoons of canned cherry juice. Pour into chafing-dish pan and stir over heat until thickened, adding more cherry juice if needed. Before entering dining room, stir in cherries and heat thoroughly. To flame, set over chafing-dish flame, sprinkle with 3 tablespoons granulated sugar, and add ½ cup (125 ml) cognac. Heat, then set afire with a lighted match. Spoon up the flaming mixture until blaze dies down; serve over vanilla ice cream.” [1] Child, Julia. The French Chef Cookbook. New York: Alfred A. Knopf. 1998. Pp 199-202. 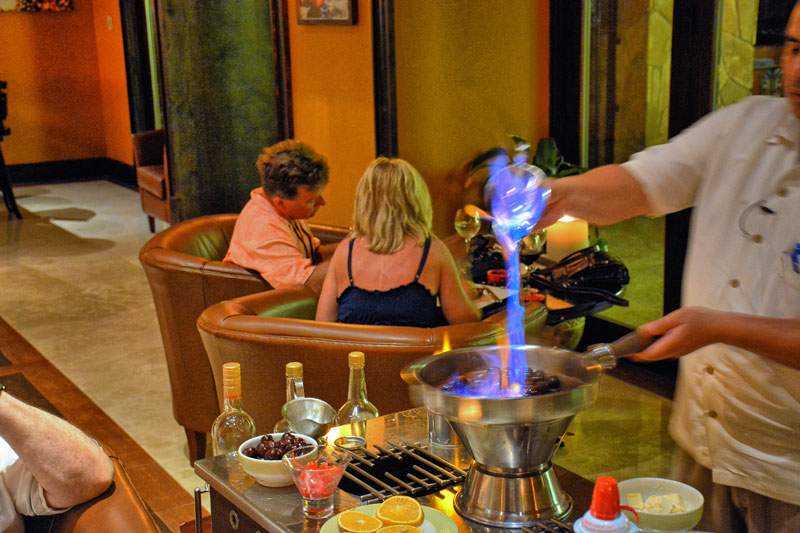 This web site generates income from affiliated links and ads at no cost to you to fund continued research · Information on this site is Copyright © 2022· Feel free to cite correctly, but copying whole pages for your website is content theft and will be DCMA'd.
Tagged With: Cherries, Georges-Auguste Escoffier