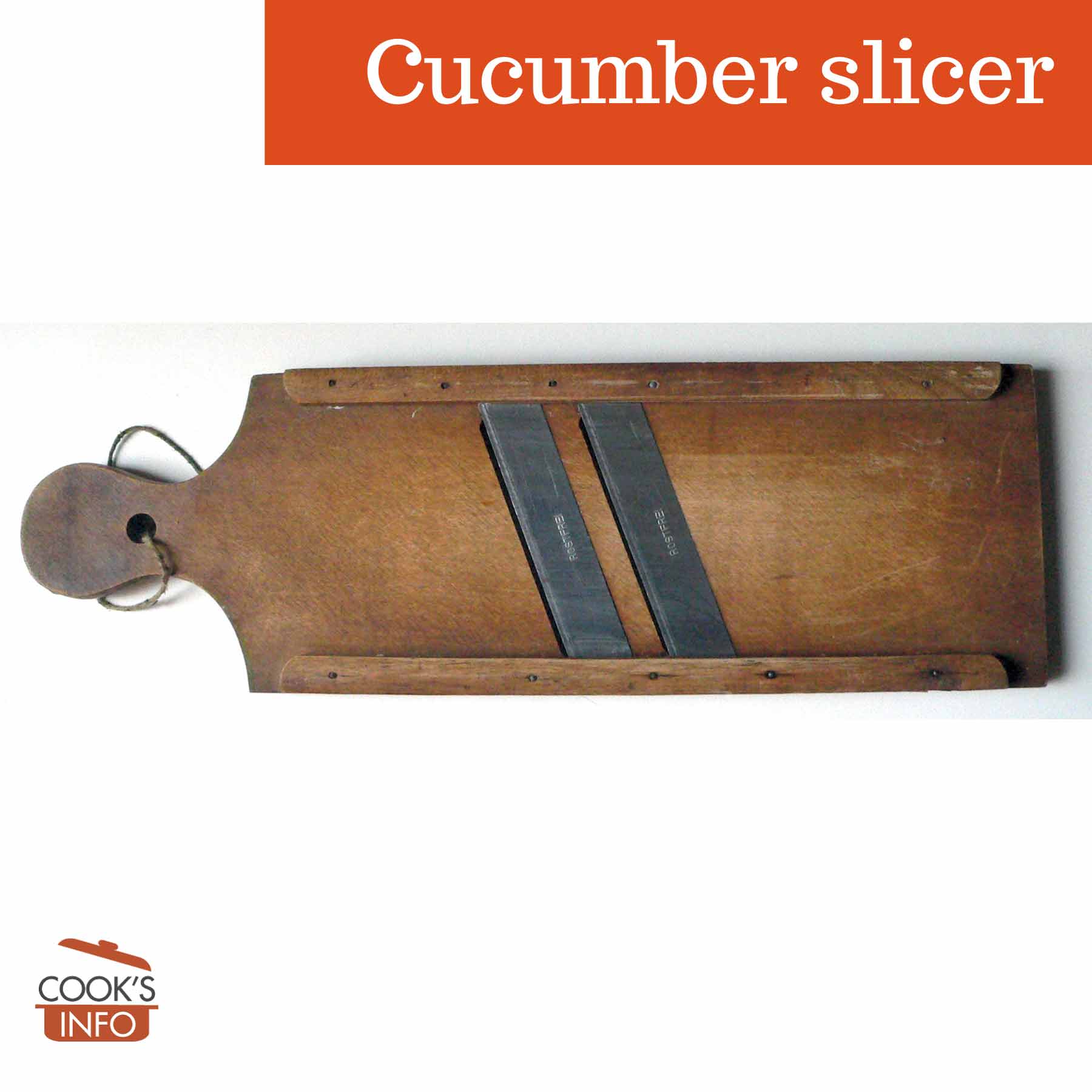 Cucumber slicers allow a cook to create very thin, uniform slices of cucumber to be used for sandwiches, salads or garnish. The name is a bit of a misnomer, as the devices are typically used for other similar firm types of produce such as carrots, zucchini, etc.

There are two different types of cucumber slicers.

One is a round device turned by crank. You clamp it to a table and press the cucumber through with a pusher. Original ones were made of cast iron.

Another type is a flat, rectangular surface that you drag the cucumber over. It looks like the bottom of a wood plane, or a mini-mandoline, in that it has a metal blade on an angle. Some have two blades on them. Antique ones were made of wood; more modern ones are made of metal or plastic. Metal ones may have the blade built into them, rising out of the metal. Older ones had adjustable-angle blades.

This web site generates income from affiliated links and ads at no cost to you to fund continued research · Information on this site is Copyright © 2022· Feel free to cite correctly, but copying whole pages for your website is content theft and will be DCMA'd.
Tagged With: Cucumbers, Slicers