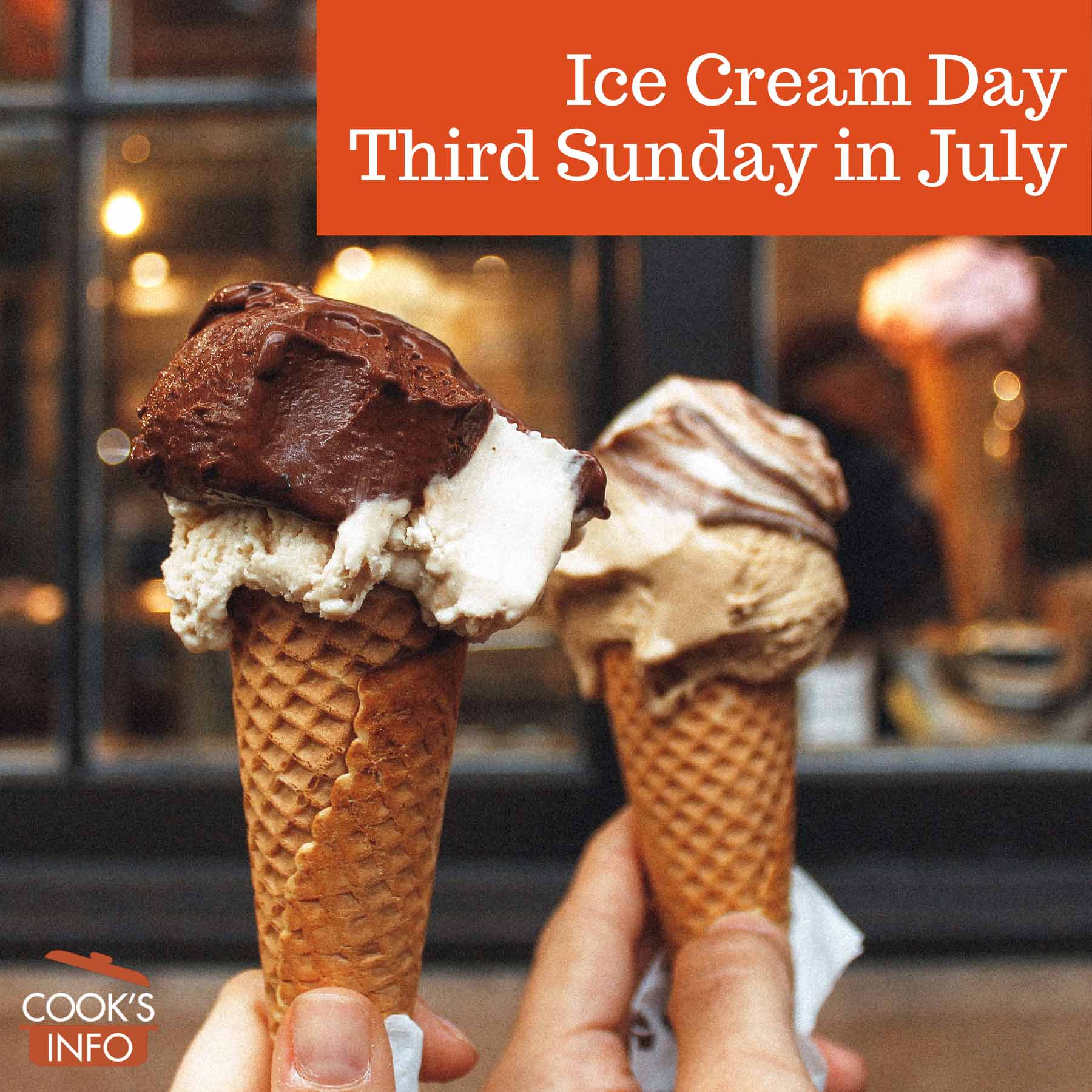 Ice Cream Day is celebrated annually on the third Sunday in July.

You get to have ice cream at every meal today, and in between as well!

People around the world can unite on this day in enjoying ice cream together.

Vegans can even get plant-based ones now (not that there’s always much real milk anymore in some brands, anyway.)

Both regular hard and soft-serve ice cream count, as well as any flavour.

You could also treat yourself to some ice cream cake.

The day is celebrated and promoted by many ice cream companies and dairy marketing boards.

Other resources: Enjoying Homemade Ice Cream without the Risk of Salmonella Infection (FDA)

In 1920, National Ice Cream Day was celebrated in many parts of the United States on the 29th of April that year. 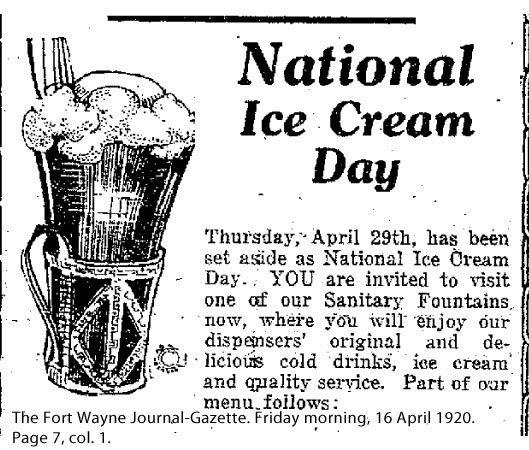 In the same year, 1920, it was also celebrated in other states on the 27th of May, sponsored by the ThermoPack Company. 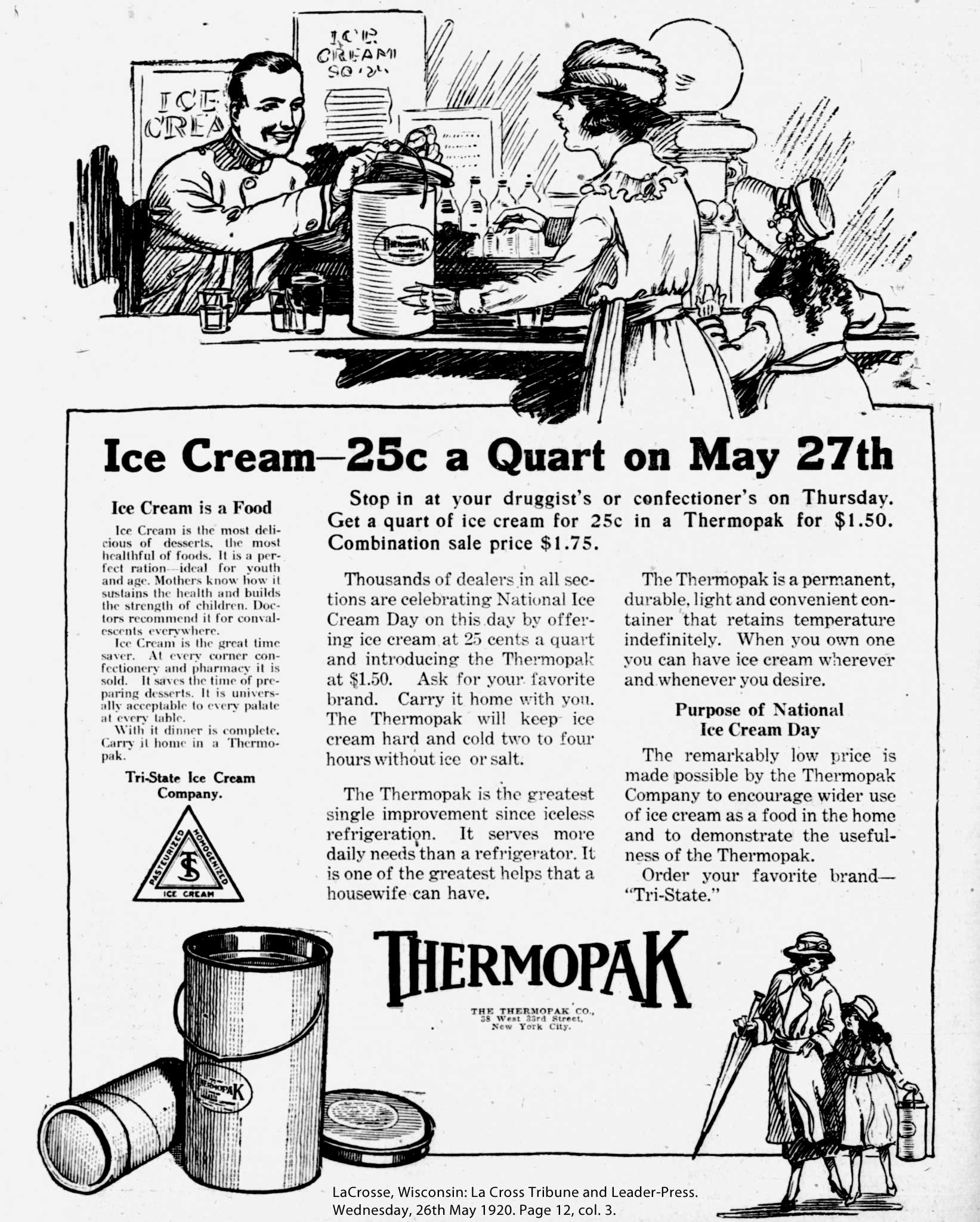 The first print mention that CooksInfo is aware of in print media for an Ice Cream Day in July dates from 1980 in Los Angeles:

Throughout the first half of the 1980s, Ice Cream Day was held on the 15th of July, regardless of which day of the week it was.

Some newspapers continued promoting the 15th of July date, which in 1985 happened to be a Monday. 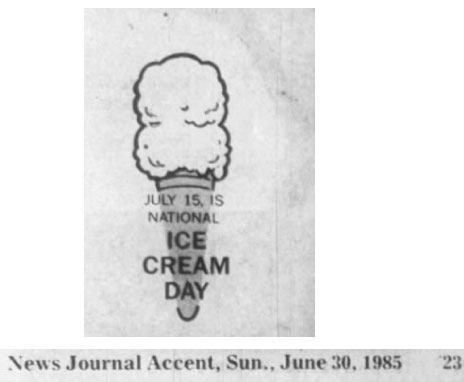 Others said that Sunday, 14th July 1985 was the day, which happened to be the second Sunday in July.

In 1986, a print mention for Pennsylvania notes that the promoter of the day was the International Association of Ice Cream Manufacturers (IAICM), and, incidentally, says the the day will be observed on the 13th of July, which was the second Sunday of the month.

Conflicting opinions about the date continued for many years.

As of the late 2010s, calendar day websites, and Google’s search engine, seemed to promote the third Sunday of July.

Baska, Harriet. Where to score free and cheap treats (for you and your pet) on National Ice Cream Day. CNBC. 14 July 2018. Accessed June 2021 at https://www.cnbc.com/2018/07/12/national-ice-cream-day-heres-where-to-get-free-and-cheap-treats.html