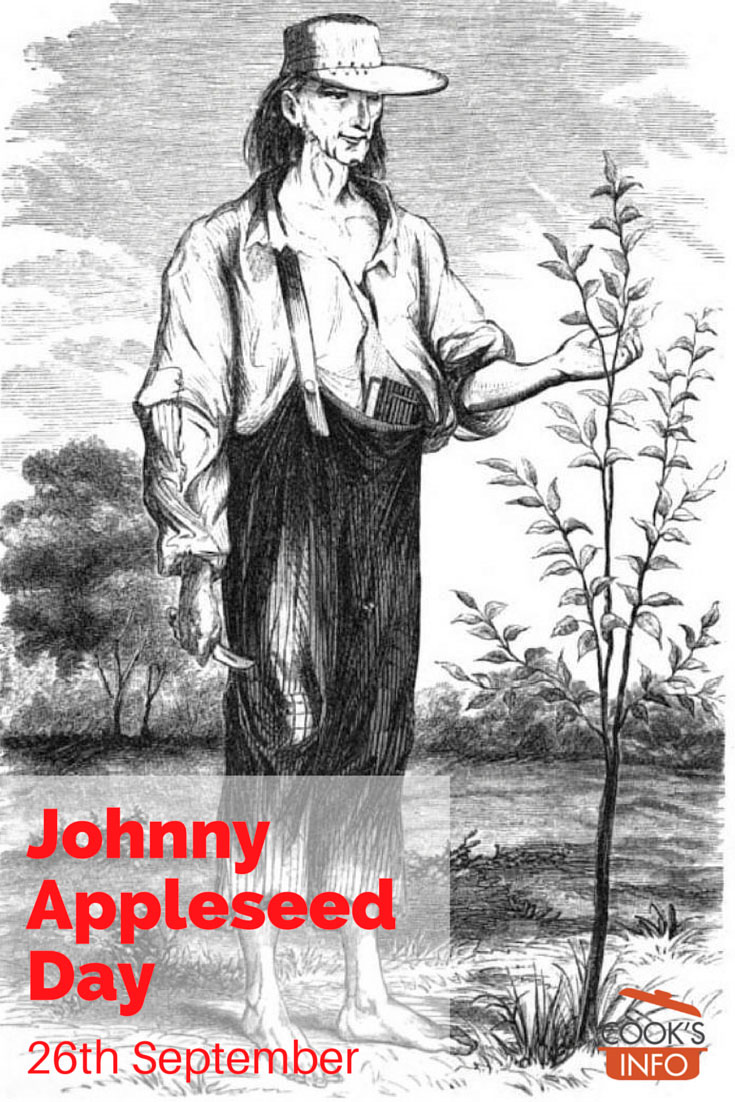 Drawing of Johnny Appleseed. © By H. S. Knapp [Public domain], via Wikimedia Commons. Source: A History of the Pioneer and Modern Times of Ashland County. Philadelphia: J. B. Lippincott & Co. (1862)

The 26th of September is Johnny Appleseed Day.

Johnny Appleseed was a nursery grower who is credited with doing more than anyone else to spread apple trees throughout the United States.

Myth has him walking barefoot and planting apple seeds — but that wouldn’t have done any good, as apple trees don’t grow true to seed.

Instead, he what he actually did was sell, and give, young, grafted trees to settlers as he carried his business from the east coast across the continent to the American West. 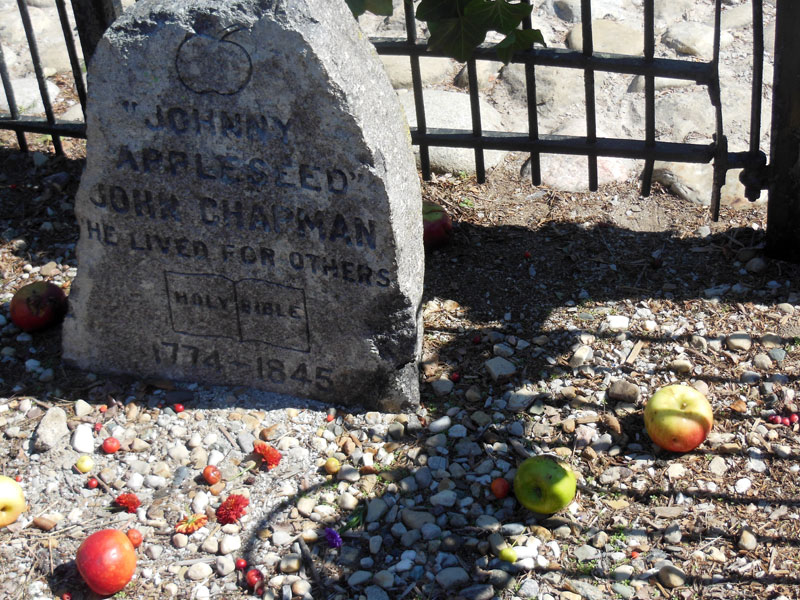