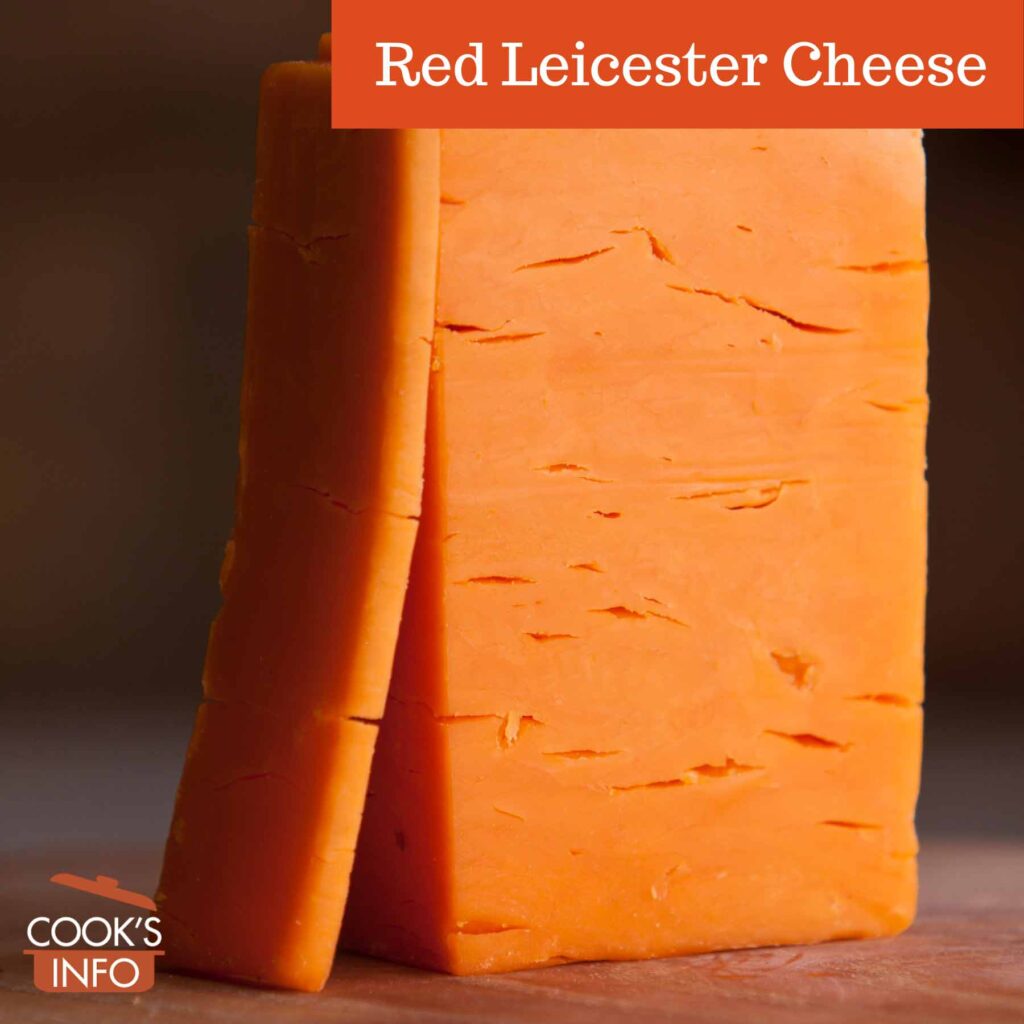 Red Leicester cheese is a crumblier version of cheddar cheese. Despite its flaky texture, though, it is still a firm cheese. The rind is reddish-orange with a powdery mould on it.

It is made from cow’s milk coloured with annatto.

Typically it is made using raw milk, but a few makers will use pasteurized milk.

Although Red Leicester can be young or old, aged anywhere from 4 to 9 months, the young Leicesters at the start of that range will be very mild: they really want at least six months to develop a tang.

Versions of Red Leicester are also made in the U.S. now.

Even though it’s called Red Leicester, there isn’t any white or purple or yellow Leicester — all Leicester cheese is red.

Red Leicester cheese melts well. It can be a bit tricky to slice owing to its crumbly nature.

Leicester, an old Roman city, is in central England, in the county of Leicestershire.

The cheese was originally made on farms in Leicestershire with milk that was surplus, after all the Stilton desired was made. It was originally coloured with carrot or beet juice.

This web site generates income from affiliated links and ads at no cost to you to fund continued research · Information on this site is Copyright © 2022· Feel free to cite correctly, but copying whole pages for your website is content theft and will be DCMA'd.
Tagged With: British Cheeses, Farmhouse Cheese, Leicestershire Food