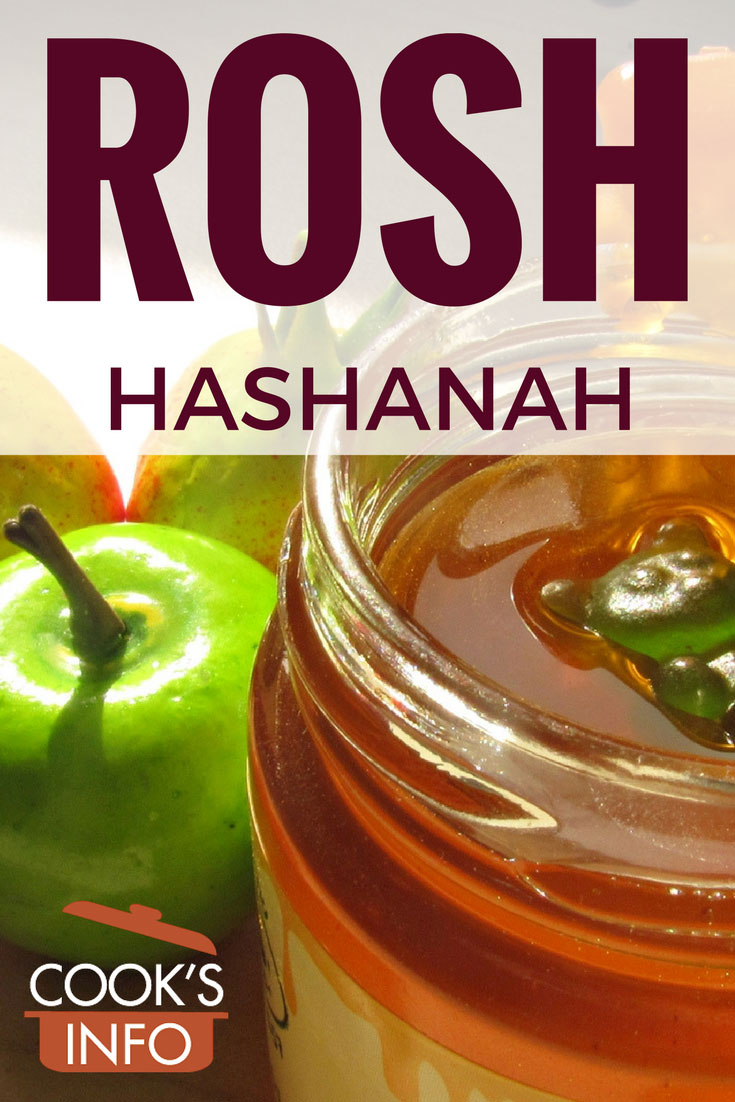 Rosh Hashanah is the start of the New Year in the Jewish calendar, a period of holidays that ends 10 days later with Yom Kippur.

The day is a festive holiday; a day of no work, except for cooking, carrying or making fire.

In a way, apples have become a food symbol of the holiday, even in Israel.

Symbolic foods are served, many of them sweet:

Round-shaped foods such as challah (egg-bread) made in a round-shape symbolize the cycle of the year. Raisins and honey are often added to the challah to make it more festive than plain challah. 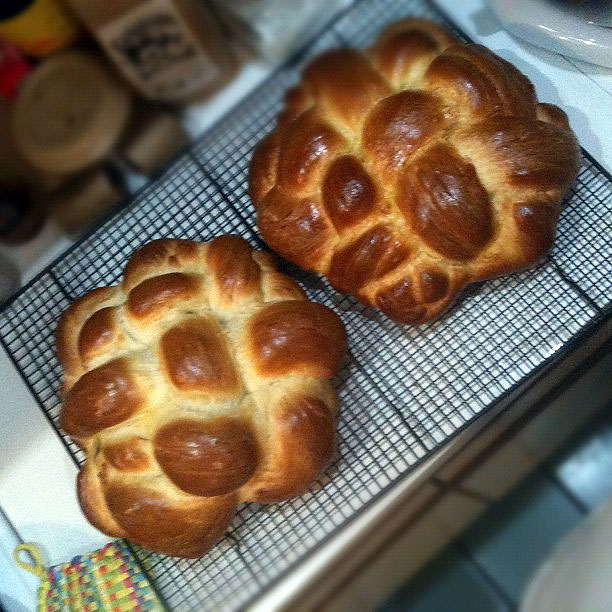 In some parts of the world, the main course is often fish: cooked with the head on, and often stuffed with fruits and nuts. In North America, the traditional main dish has become turkey, and in northern Europe, roast goose with apples is traditional.

Some Jews will go to flowing water with pieces of bread, and throw the bread in, representing casting off sins.

The holiday actually starts the day before, when two stars are visible in the sky, because the Jewish day outside of Israel starts at sundown. That is called “Erev Rosh Hashanah” (“Eve of Rosh Hashanah”).

It is customary for men to buy new clothes and jewellery for their wives (“cripplingly expensive jewellery”, some women suggest hopefully…) It is also customary to dress up in your best and attempt to make your children (not always successfully) do the same.

During the prayers in the synagogue, a horn called a “shofar” is blown several times. 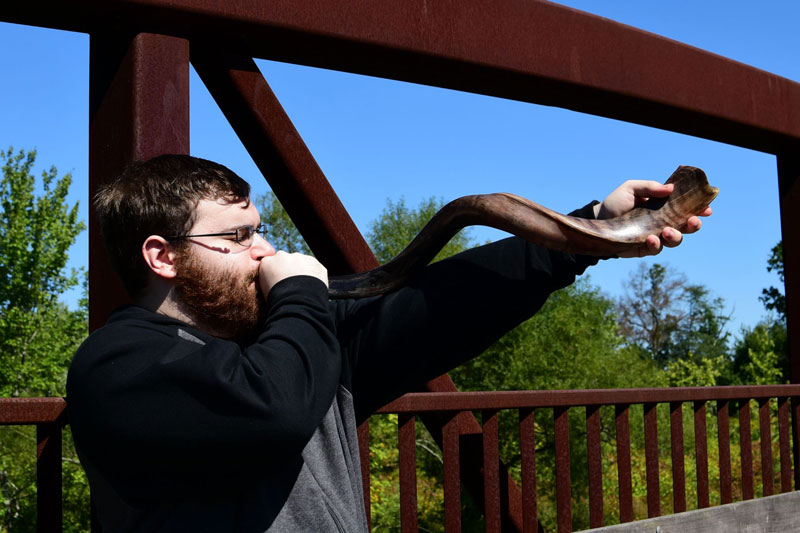 Yom Kippur ten days later is a solemn time of reflection and penance in the synagogue. The shofar horn is blown again then, to mark the end of the Yom Kippur fasting.

Rosh Hashanah in English may be spelled with or without an H at the end.

Happy New Year is Hebrew is “L’Shana Tova!” Some purists argue that Rosh Hashanah is a pagan, man-made name and that holiday should be known instead by its more Biblical name, ” Yom Teruah”, which means “day of shouting / blasting”, referring to the blowing of the shofar horns. It may also be referred to as “Yom Ha-Zikkaron” (the day of remembrance). 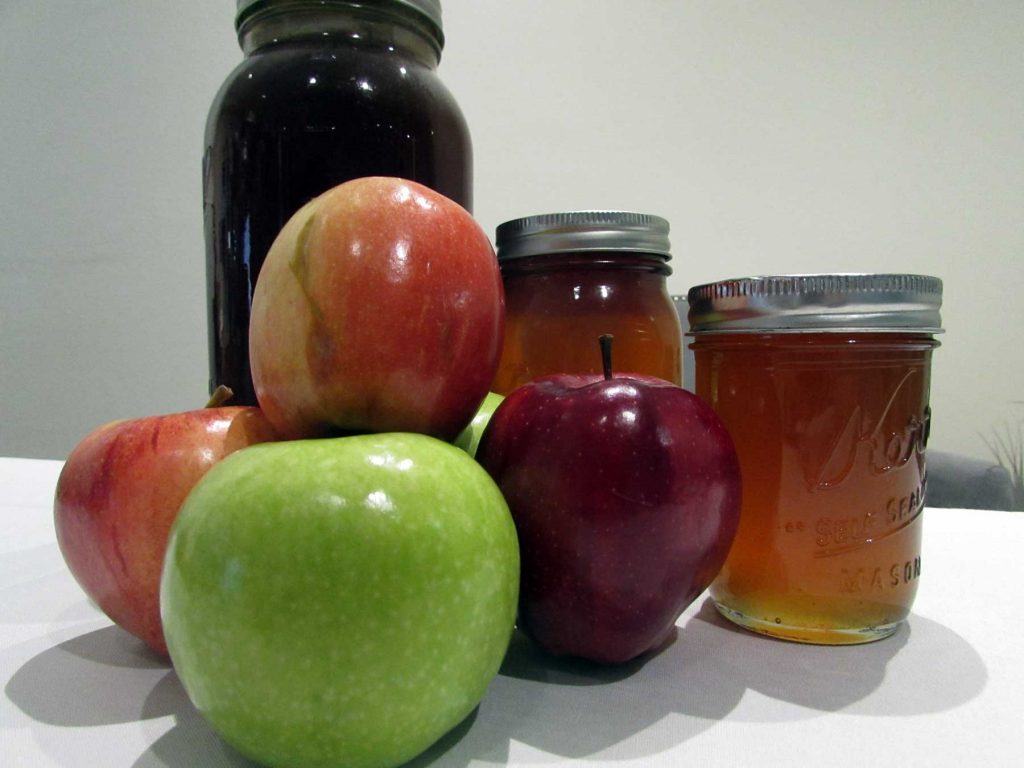