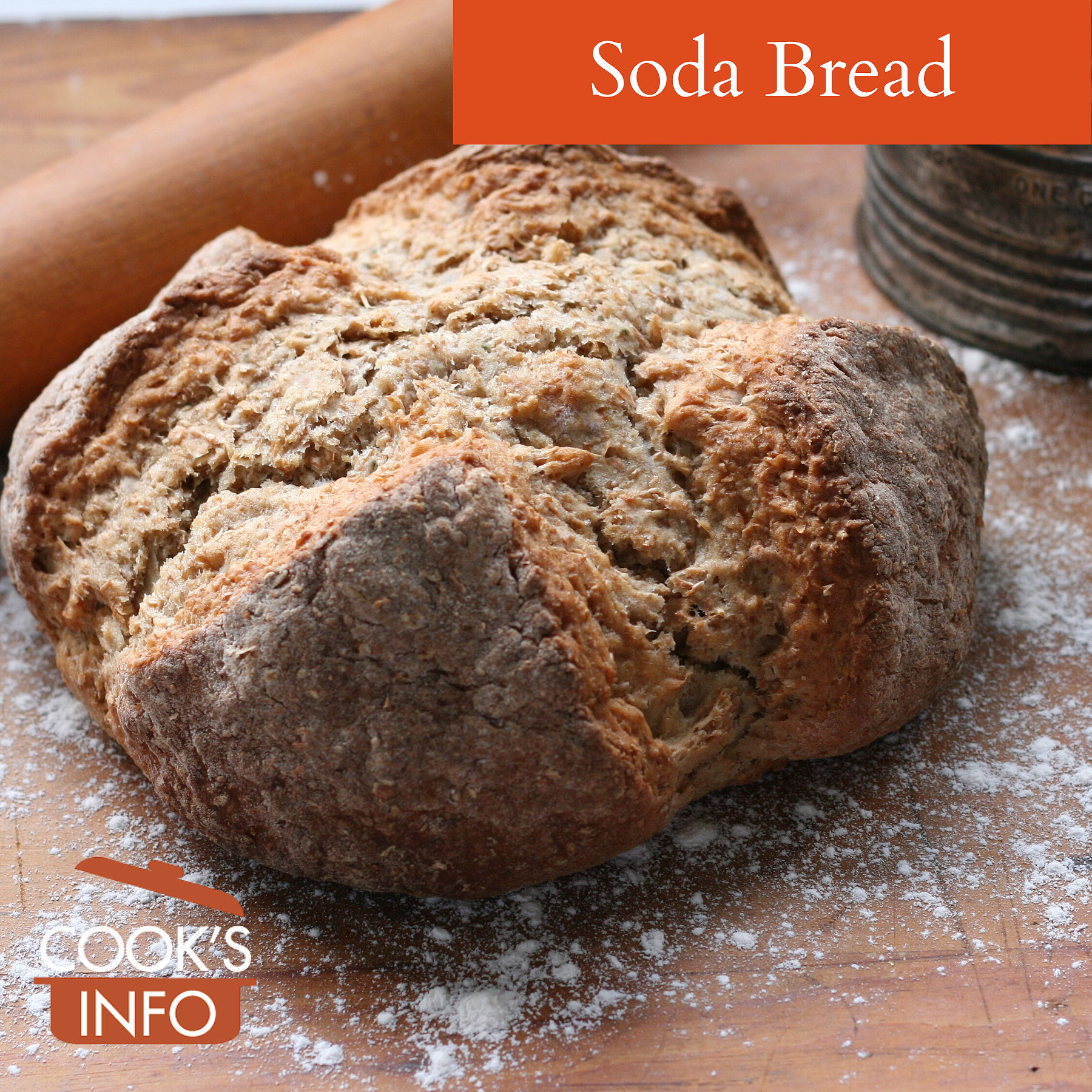 Soda bread (aka Irish Soda Bread) is meant to be a quick bread that takes just a few minutes to mix, and can be coming out of the oven in just over half an hour after that.

It is primarily meant to be served with meals, though many people will give you an insider’s tip and tell you to also try it toasted with butter and jam.

You can now buy mixes for it. 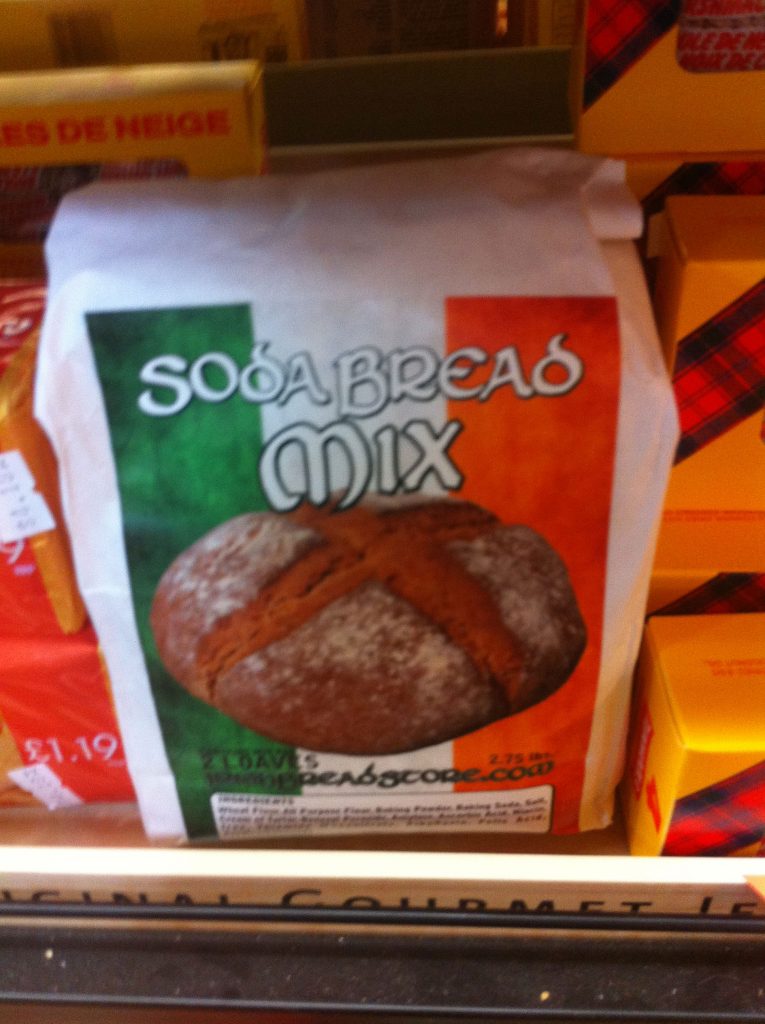 Some recipes portraying themselves as “traditional” soda bread call for yeast or citrus zest. Soda, however, was definitely the original leavener, and most Irish couldn’t have afforded lemons or oranges back then — not that many people anywhere else could have, either.

Modern variations will call for citrus zest, eggs, garlic, heavy cream, honey, sugar, Irish whiskey, or New Mexico green chiles, for that matter. Though traditionalists will faint, young Irish chefs are aiming to reclaim this bread from nostalgic tourists and purists alike, and update it with rosemary and sun-dried tomatoes, etc.

To sour the milk as a substitute for clabbered milk, per cup / 8 oz / 250 ml of fresh milk add into the milk:

Just before you bake the bread, you are supposed to cut a cross in the top of it to let the fairies out. This also, coincidentally, has the side benefit of preventing the bread loaf from splitting as it bakes.

Soda bread is best when it has had a few hours to sit out of the oven before slicing and eating.

To cut, cut into quarters, and then take slices from each quarter as needed. 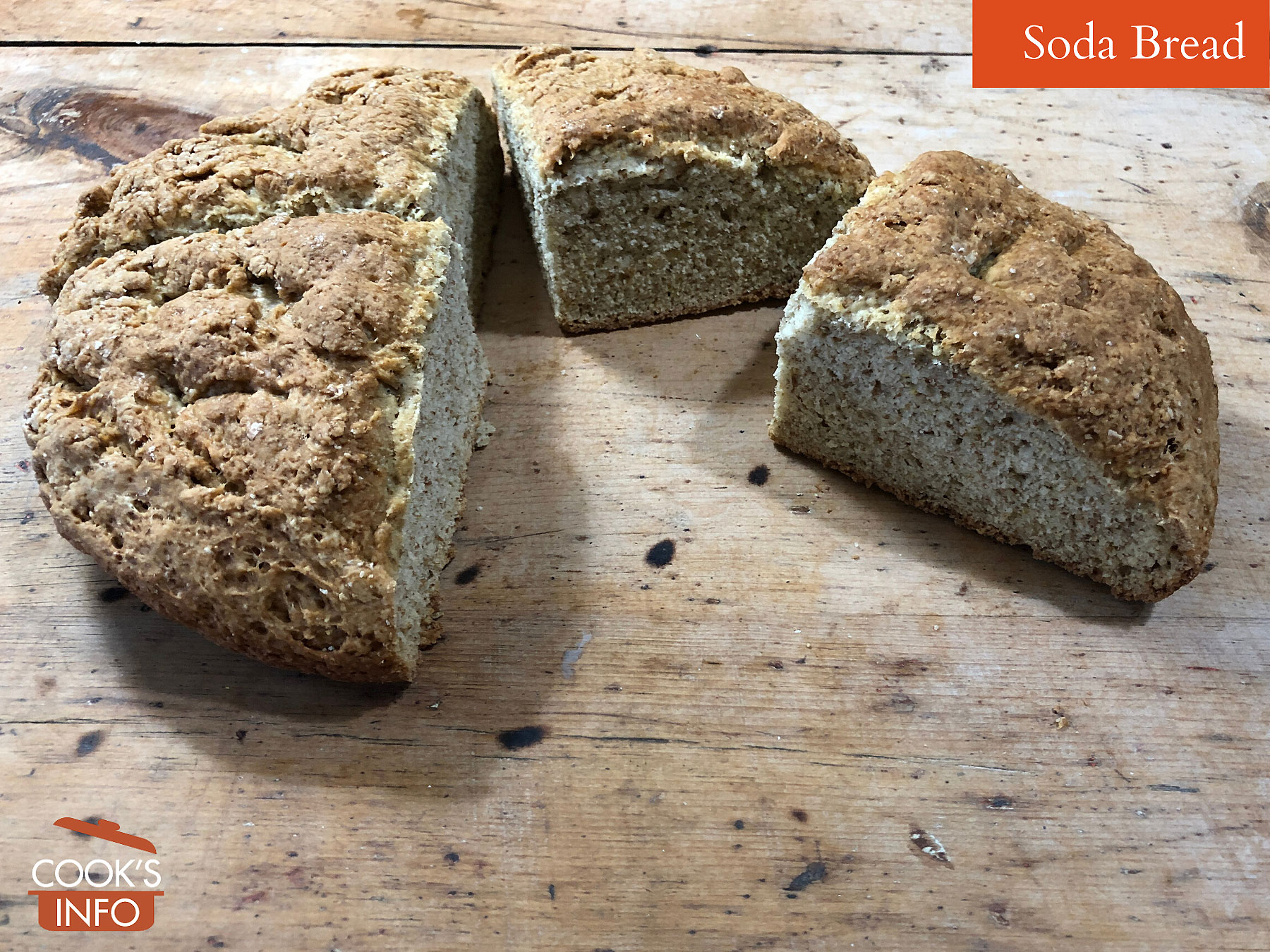 Soda bread is not as traditional as people like you to think. In fact, it’s a very much a product of modern times, dating from the Industrial Revolution and the start of mass marketing when baking soda was discovered and made readily available.

Baking soda was being sold in Ireland by the 1840s. They were a bit behind England — by the 1830s, English cooks were already moving from baking soda to baking powder, but their American cousins were slow to take to baking powder as well.

The Irish often referred to baking soda as “bread soda.”

Soda bread took advantage of the soft (or “weak”) wheat grown in Ireland, which unlike hard wheat, can’t produce a strong enough bread flour high enough in gluten to capture the gases from yeast.

Soda bread didn’t need an oven, which like strong flour, was a luxury for the rich. It could be baked on a griddle, or in a covered pot over the fire.

Clabbered milk was the catalyst that interacted with the baking soda to make the rise. Both buttermilk and sour milk were used as well. Sour milk could be purchased from creameries, where butter was made. This “sour” milk wasn’t milk that had gone sour and horrible, but rather gone “clabbered.”

Clabbered milk disappeared from recipes and was replaced by buttermilk by the mid 1900s, as it became easier to get buttermilk. Interestingly enough as buttermilk has become an esoteric item, sour milk has made a come back as an ingredient again. This time, to obtain sour milk, recipe writers usually advise the cook to just tip a little vinegar into fresh milk.

When baked in a loaf format, soda bread is sometimes referred to as “soda cake”, particularly in southern Ireland. This does not mean though that it’s become a dessert — it’s to distinguish it from the other form of bread that cooks the bread dough in. This is actually preferred in the north of Ireland, and called “farls“.

You’ll want to note that the Irish don’t call it “Irish soda bread”, they just say “soda bread”, of course. 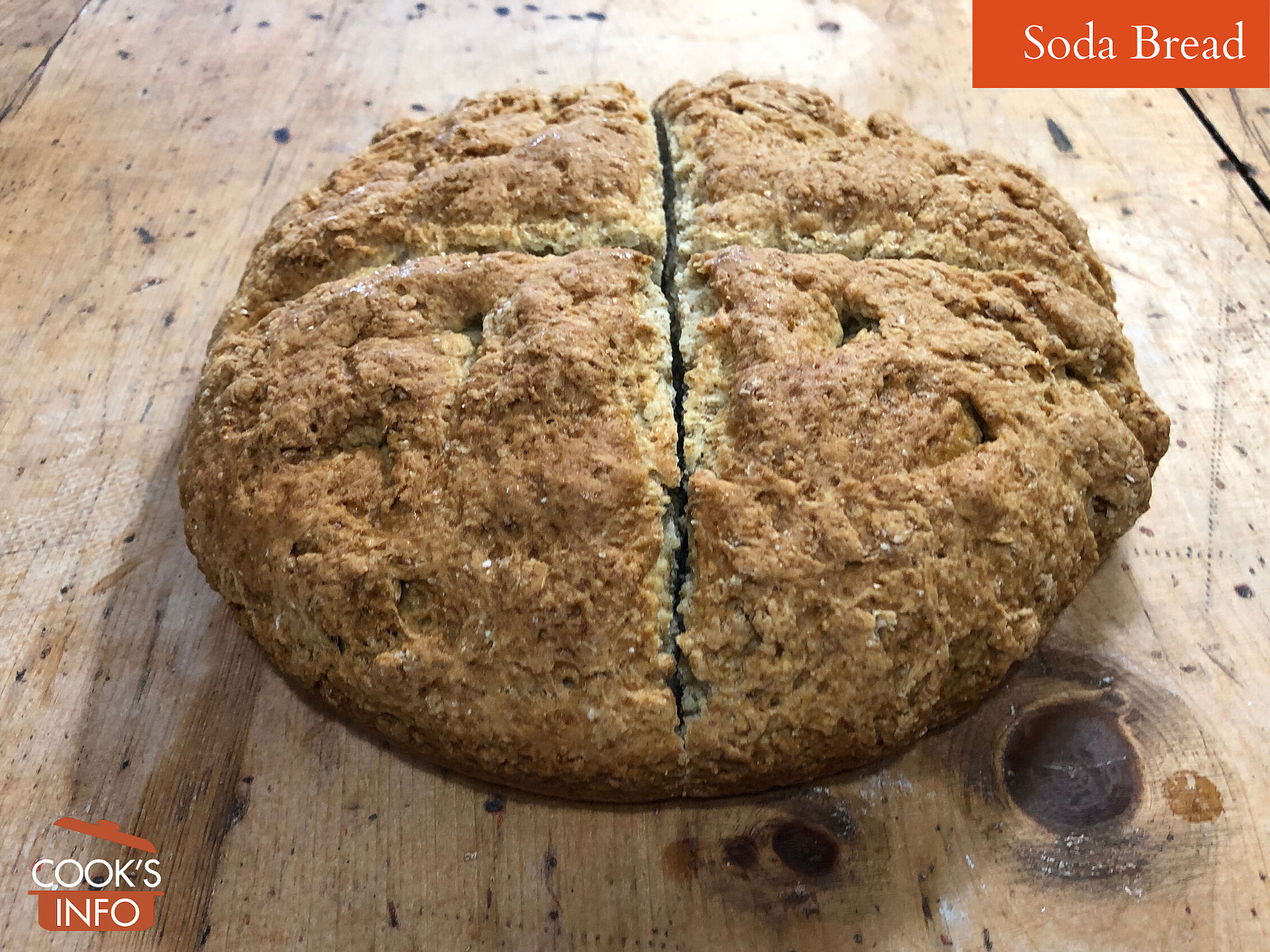 This web site generates income from affiliated links and ads at no cost to you to fund continued research · Information on this site is Copyright © 2022· Feel free to cite correctly, but copying whole pages for your website is content theft and will be DCMA'd.
Tagged With: Irish Food, Northern Ireland Food