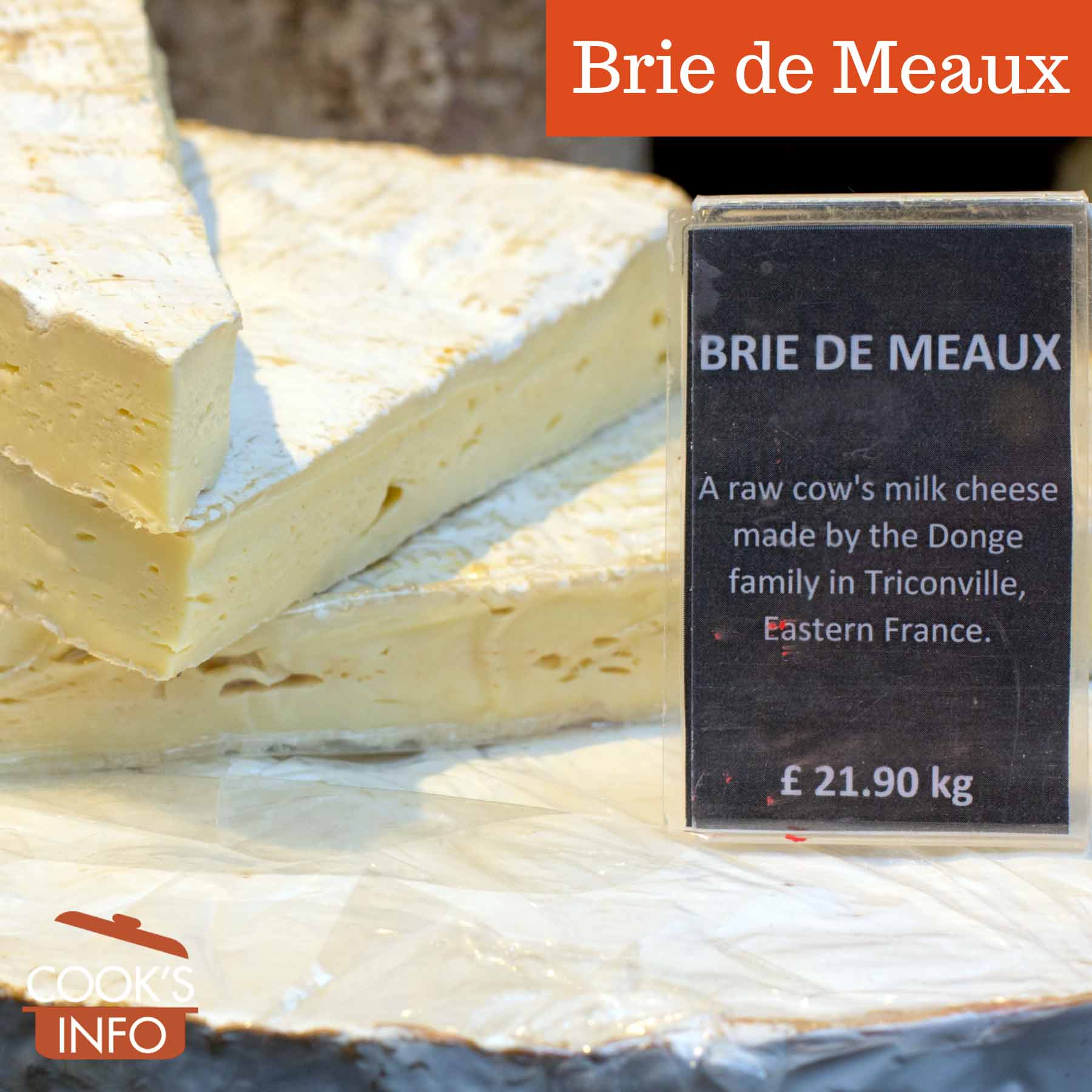 Brie de Meaux is a Brie cheese with a very pale yellow interior and a white velvet rind. It develops a nutty flavour as it ages.

The cheese is made year round, but the ones made in the fall are considered by some to be the best.

Brie de Meaux is made from raw cow’s milk (the milk must be unpasteurized to meet its AOC specifications.)

Rennet is added, and the milk heated to 37 C (98.6 F.) The curd is then put into a mould by hand with a tool they call a Brie shovel (“pelle à Brie”), salted, and hand-shaped into wheels.

The cheese is aged at least 4 weeks. The rind is not washed, but the cheese is turned several times by hand.

Brie de Meaux is usually sold when young, about 1 week old, to an cheese ager (affineur.) This has been done since the 1800s, particularly to cheese agers in Paris.

Though first made in Meaux, since the 1850s its production area has followed cheese factories moving eastward. Now, Brie de Meaux is made all around Paris, in the département of Seine & Marne, and in parts of the départements of Aube, Haute-Marne, Marne, Meuse, and Yonne. More than 60% of the cheese is produced in Meuse.

If this cheese is classed Brie de Meaux Fermier (“fermier” meaning “farm”), it must be made on a farm with milk from that farm’s own cows. As of 2022, the single producer that meets this requirement is Trente Arpents Farm at Favières in Seine & Marne. 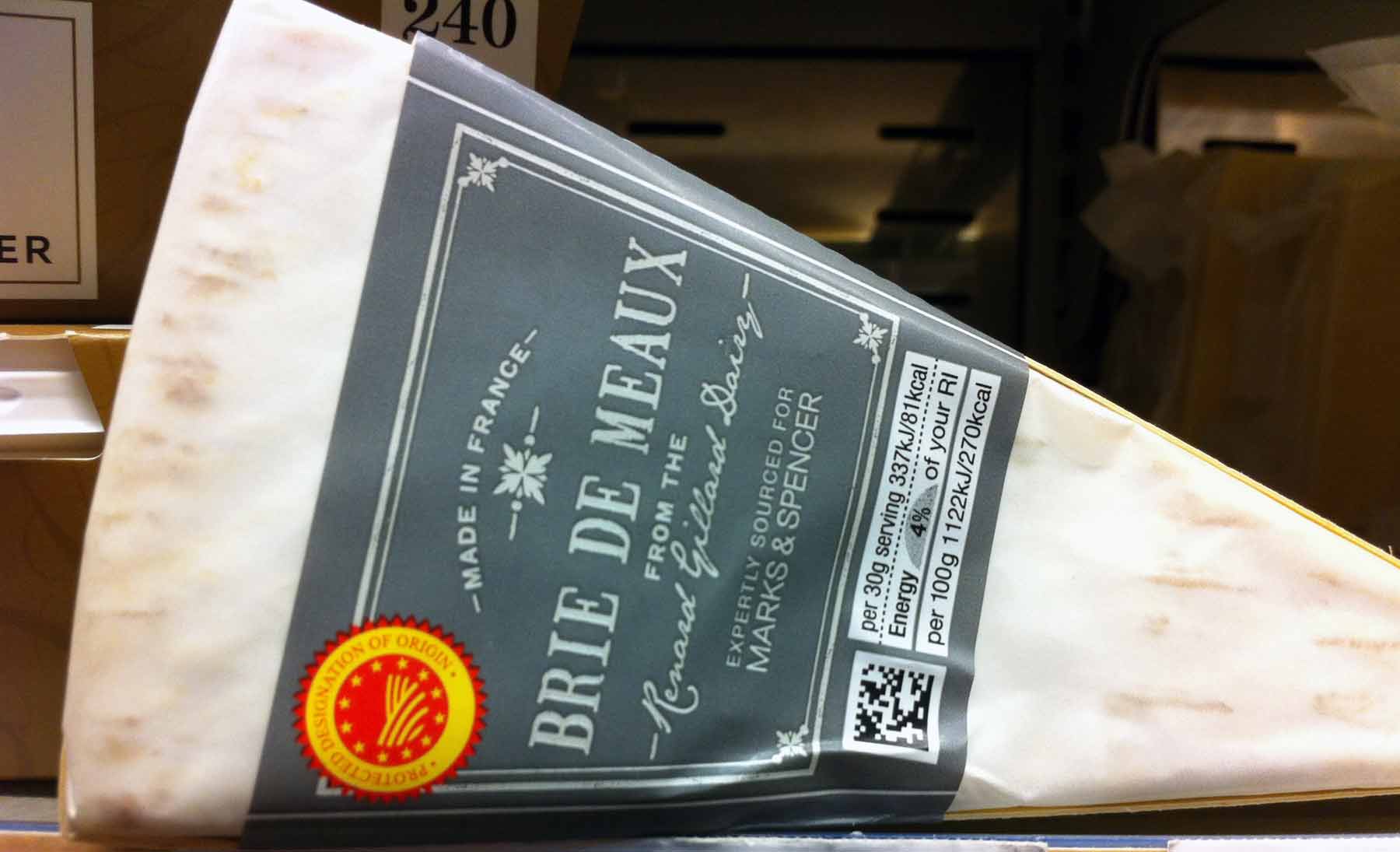 Brie de Meaux cheese received its French AOC on 18 August 1980. The conditions of the AOC were redefined on 31 December 1986.

This web site generates income from affiliated links and ads at no cost to you to fund continued research · Information on this site is Copyright © 2023· Feel free to cite correctly, but copying whole pages for your website is content theft and will be DCMA'd.
Tagged With: Appellation of Controlled Origin, French Cheeses