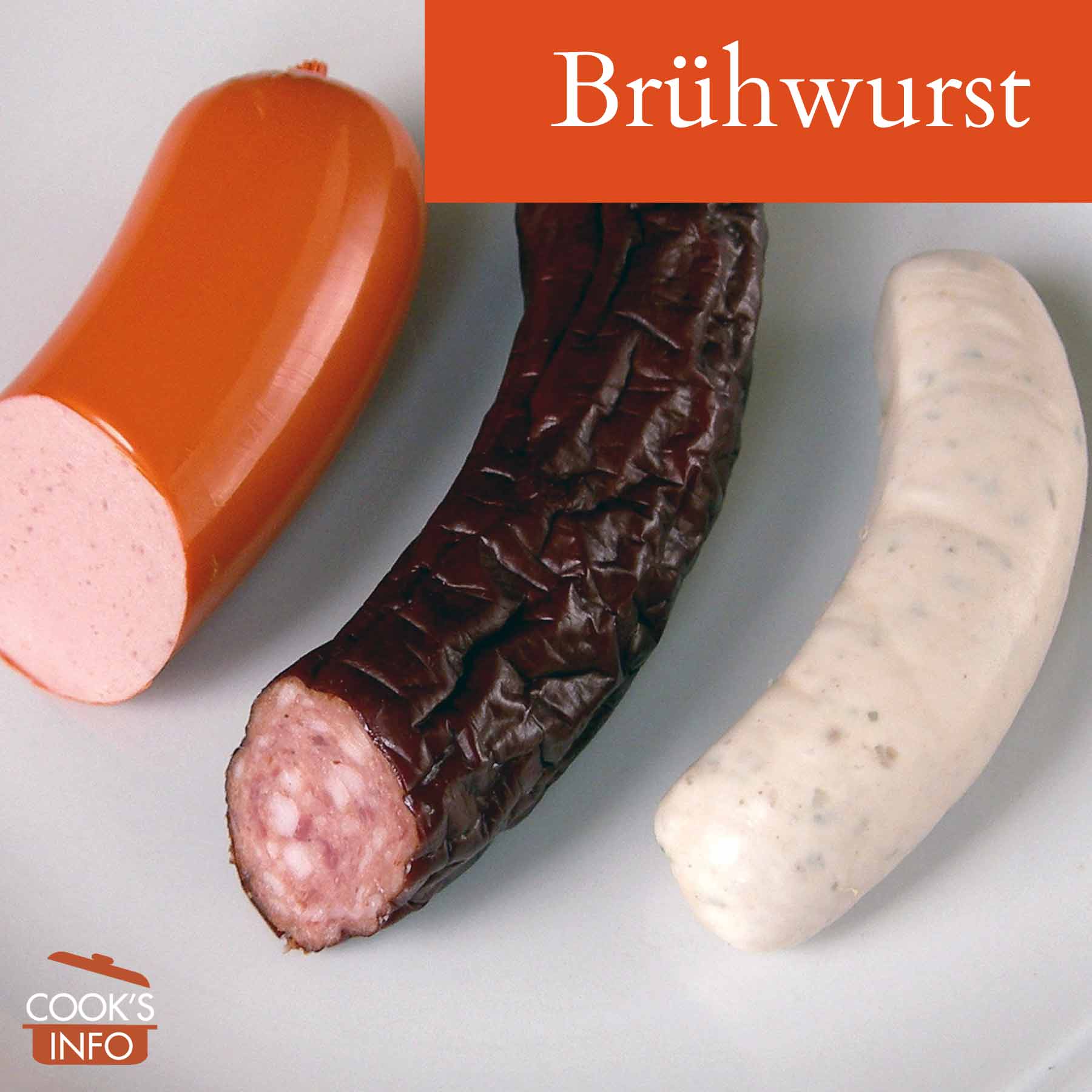 It is used to designate a category of fresh sausages that are uncooked, but that have been scalded or blanched, in water or by steam, by the maker of the sausage before sale.

There are at least 800 different kinds of sausage in Central Europe that fall into this category, as do 60% of all sausages in Germany.

The meat used in Brühwurst sausages is raw. It is usually pork or beef, though other types of meat can be used, and often, some bacon can be mixed in for flavouring. Regardless of the type of meat used, it will usually be very finely minced.

Finely shaved ice or cold water is mixed into the meat.

A Brühwurst made in Bavaria called “Weißwurst” contains lots of fresh parsley.

Even though Brühwurst Sausages have had a preliminary cooking, they still need to be cooked more fully.

Brühwurst sausages must be refrigerated or frozen.

“Brühen” in German means to blanch, to scald.

This web site generates income from affiliated links and ads at no cost to you to fund continued research · Information on this site is Copyright © 2022· Feel free to cite correctly, but copying whole pages for your website is content theft and will be DCMA'd.
Tagged With: Fresh Sausages, German Sausages