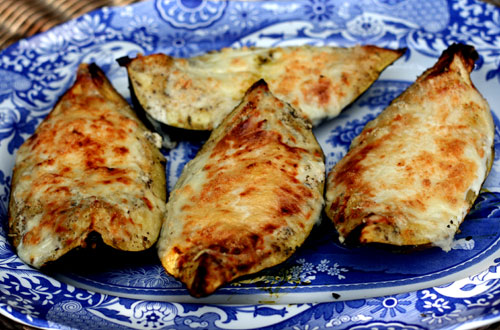 CooksInfo
The rich aroma of the butter, garlic, sage and white wine will make them ravenous. Combine that with the look of the melted, broiled cheese, and they'll be clawing their way into the kitchen when you're making this. It's a really good side dish at any time of year, but particularly in fall and winter, and it's really not that much work. It's also extremely Weight Watchers™ friendly.
Print Recipe
Prep Time 20 mins
Cook Time 35 mins
Total Time 55 mins
Course Skinny Food, Vegetables
Servings 4

Instead of dried sage you can use 1 tablespoon fresh chopped. Instead of butter, you could use oil. Instead of white wine, you can use broth. You can try Greek yoghurt, double-cream or a thick cream instead of the sour cream. For the cheese, you can use whatever you have to hand: cheddar, colby, havarti, blue cheese, etc.
Tried this recipe?Let us know how it was!