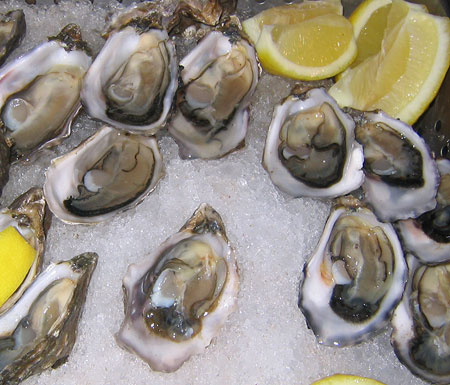 Most Fish and Seafood Dishes generally require shorter cooking times than meat dishes. There is, though, often a perception that fish and seafood dishes are “harder to get right” than meat dishes.

Fish and seafood can be pan-seared, poached, grilled, battered, baked, steamed, even served raw (as in Japanese sashimi.)

If a dish calls for one type of fish, it’s usually easy to swap in another if you need to.

Proximity to water doesn’t necessarily mean a country’s cuisine will be heavily fish or seafood based. Japan, a small island surrounded by water, has its cuisine heavily based on fish. But Britain, also a small island nation, doesn’t. Only three popular English fish dishes come to mind effortlessly, fish and chips, fish pie, and breakfast kippers, and in Scotland, Cullen Skink. In fact, fish has played a larger role in Russian cuisine that it did in British.

Calculated per person, the biggest fish and seafood eating countries in the world are Iceland, Japan and Portugual.

Some branches of Islam do not allow shellfish to be eaten; Jewish kosher laws ban shellfish and eels.

Fish dishes were very important to the ancient Egyptians and ancient Greeks. The Egyptians had the Nile as a source of fish, while the Greeks had the seas around them. The Roman diet was far heavier in fish than it was meat.

With the fall of Rome, it was the tastes of the meat-loving Franks and Germanic tribe that dominated Europe (and still do.) Fish and seafood dishes were less prestigious than meat dishes, often relegated to the role of something that was a substitute for meat dishes on the meatless days decreed by religion in medieval Europe, particularly the forty days of Lent.

Getting fish instead of meat for your meal was a deprivation:

“The turnkey poured his ration of soup into it, together with the fish—for thrice a week the prisoners were deprived of meat.” — Alexandre Dumas, père. The Count of Monte Cristo

Fridays were traditionally a meat-free day in England for religious reasons, and thus the habit of having fish on Fridays (which became fish and chips as of the mid 1800s.)

After the 1500s, there were attempts at various times in England to pass laws banning the eating of meat on certain religious days, thus forcing people to eat fish (and to boost the fortunes of fishermen.) The attempts were unpopular, though, as the English vastly preferred meat to fish. The laws just became dead laws on the book after the 1690s, and were finally swept from the books completely in 1863 by the Statute Law Revision Act.

“Billingsgate fish market on the riverside, between London Bridge and the Tower, had first been established in the seventeenth century, although fish had been sold less formally on the site even earlier…. Despite being the world’s largest fish market, Billingsgate had been held in the open street for the previous two centuries, moving indoors only in 1849. In the early part of the [1800s], the market sold the local catch: in 1810, 400 boats fished the [Thames] between Deptford and London Bridge, providing Thames roach, plaice, smelts, flounder, salmon, eel, dace and dab. But by 1828, the run-off from [London] had destroyed the fisheries, and instead fishing boats from downriver or from coastal waters were pulled up the Thames by tugboats, with particularly delicate fish, such as turbot, brought in alive in tanks on deck…. By 1850, Dutch fishing boats supplied the market with eels, while other vessels continue to bring catches from the North Sea… by 4 a.m. daily the Billingsgate workers had assembled. At five the bell rang to announce the opening of the market, when buyers immediately headed towards their favourite stalls. Now everything was a blur of action: ‘Baskets full of turbot… skim through the air… Stand on one side! a school of fresh herrings will swallow you up else.’ Crowds gathered by each auctioneer as the porter set out plaice, sole, haddock, skate, cod, ling and ‘maids’ (ray) in [baskets] … Each type of fish was sold first to the ‘high’ salesman, who bought in bulk and then sold on to middlemen, known as bummarees, at whose stands the [baskets] and [bushels] were broken up and the contents sold off in smaller quantities to shopkeepers or to costermongers.” — — Flanders, Judith. The Victorian City. London: Atlantic Books. 2012. Page 126-127.