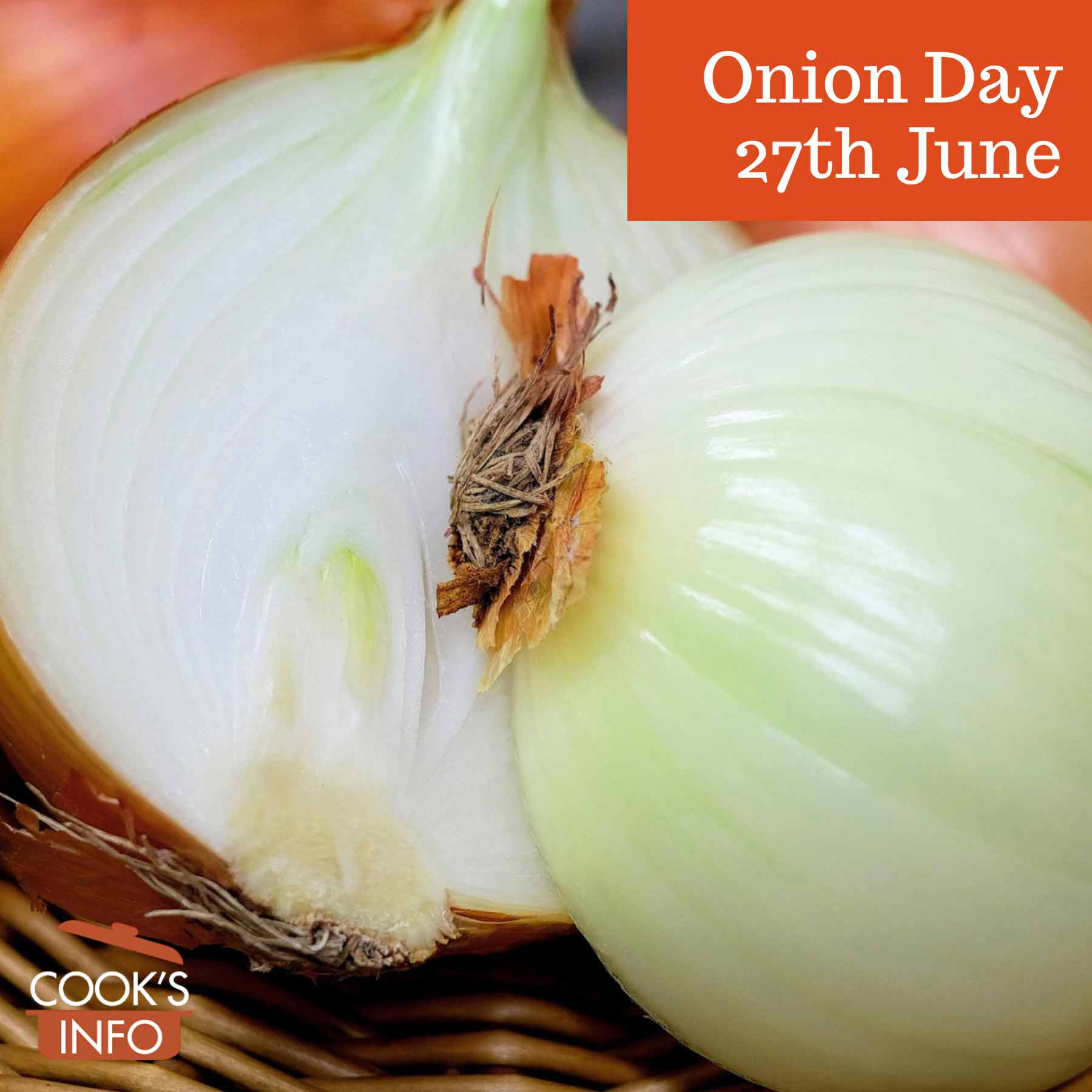 The 27th of June is Onion Day.

This is a very teary day for some, to be sure.

Do you prefer onions fresh, pickled, or cooked in some other form — caramelized, or in an onion soup?

So many dishes just would not taste the same without an onion in them. A shortage of onions during World War Two in England exasperated cooks there. Onions had disappeared from the shelves of greengrocers early in the war. Previously, they had been imported from Bermuda, Brittany, and the Channel Islands so cheaply that it hadn’t been worth anyone’s time to try to grow them in large quantities in Britain. Onions became so rare that they would be prizes for raffles and contests. (See: The Great Onion Scarcity.)

In the United States, there is actually a National Onion Association dedicated to the promotion of onions.

Try to have onions for breakfast, lunch and dinner today!

Remember, they can be served in many forms, including:

Onion day marks when the U.S. National Onion Association was founded in 1913:

“The National Onion Association founded National Onion Day on June 27, 2019, to honor the anniversary of the association. They represent almost 500 onion growers, shippers, packers and associated members across the country and officially incorporated on June 27, 1913, in Ohio. The association celebrated its 100th anniversary in 2013.” They paid the webmaster of NationalCalendarDay.com to list it as a “national” day on the web site. [1]Accessed May 2021 at https://nationaldaycalendar.com/national-onion-day-june-27/

The earliest mention of ‘Onion Day’ appearing in print that CooksInfo is aware of dates from 2020:

How Will You Celebrate National Onion Day? National Onion Association. 24 June 2019. Accessed May 2021 at https://www.onions-usa.org/onionista/how-will-you-celebrate-national-onion-day/