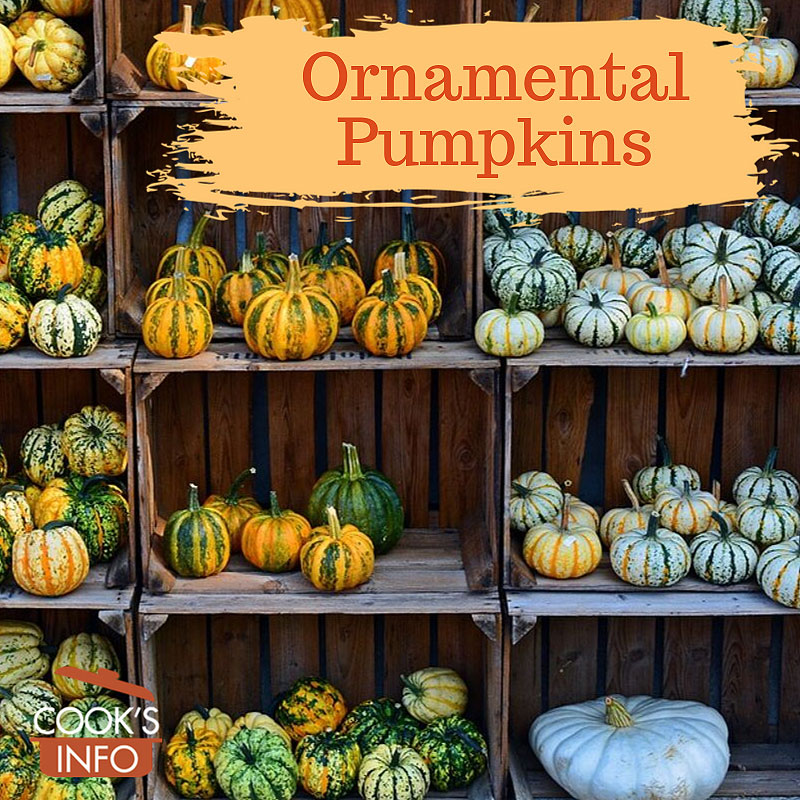 Ornamental pumpkins is a term used by growers and sellers of pumpkins. It designates a category of pumpkins whose main purpose is decorative display.

There are two subcategories: miniature, and Jack-O-Lantern.

Miniatures are very small, for display in the home in a basket, on a mantle or as a table centrepiece.

Jack-O-Lantern types are large, and intended for fall display outside the home, or for use as a painted or carved Jack-O-Lantern.

The extremely large pumpkins for shows and competitions weigh hundreds of pounds. They have to be managed very carefully, and each single one nursed while growing.

Lop-sided ornamental pumpkins, or ones that are flat on one side because of where they grew on the ground, fetch lower prices. For giant pumpkins, though, this is considered both acceptable and unavoidable.

Squat or deeply ridged ornamentals have a nice market to themselves for display.

The colour of an ornamental pumpkin is also important. Most consumers expect and demand a uniform orange colour, though uniquely coloured ones, such as Jarradale which is greyish-blue, also have a novel appearance which can be pleasing.

Smaller-sized ornamentals, hollowed out, can also be used to present food such as soup in.

Only a few ornamentals are also good for pies: examples are Lumina, Fairytale, and Jarradale.

Some smaller pumpkins, such as pie pumpkins, can also be displayed as is as an ornamental