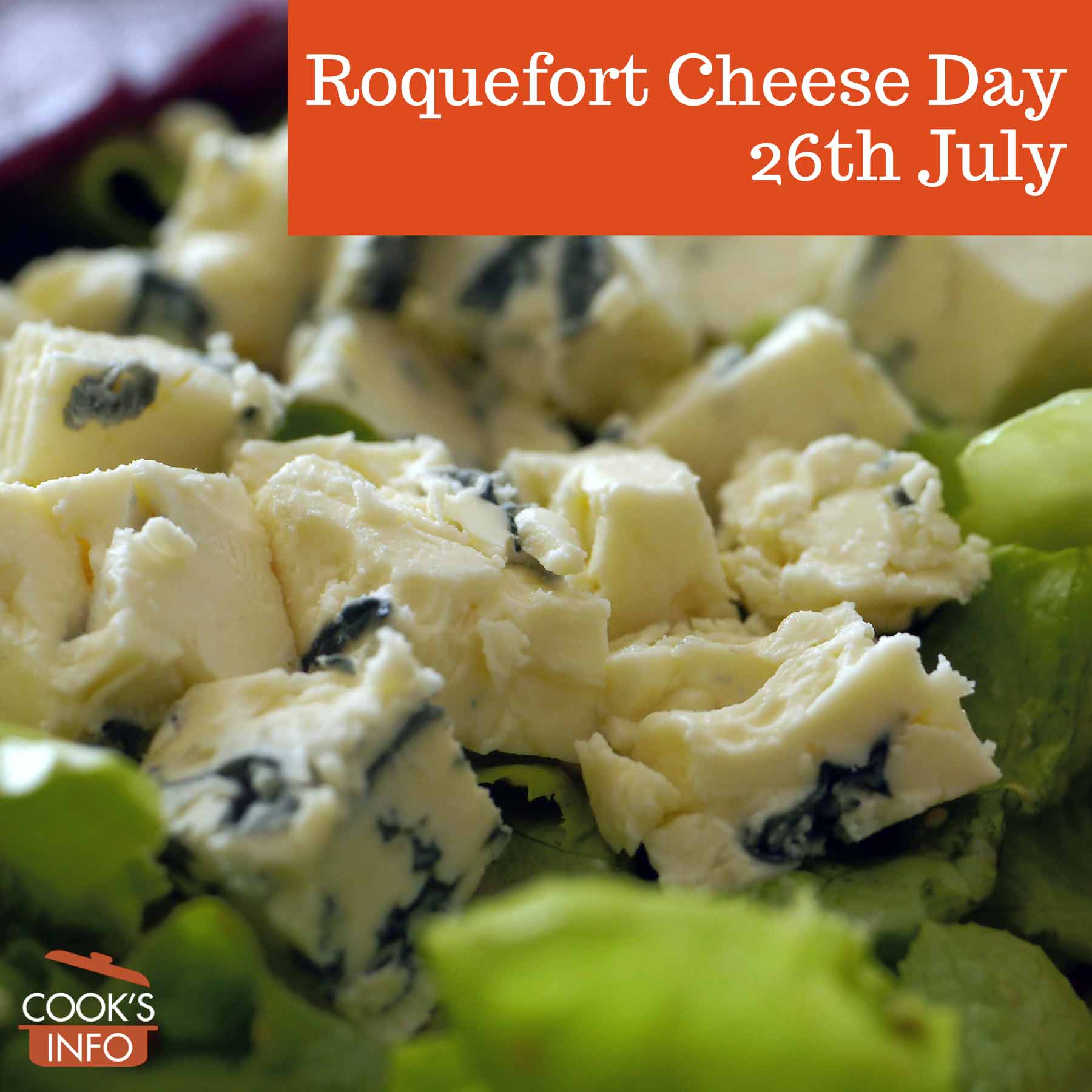 The 26th of July is Roquefort Cheese Day.

It celebrates the day in 1925 when the name and definition of Roquefort cheese received legal protection, making it the first cheese in history ever to do so.

Roquefort is a mild, creamy blue cheese made in the centre of southern France, aged in limestone caves.

In 1411, Charles VI of France gave sole rights to the village of Roquefort-sur-Soulzon (which is now in the French department of Aveyron) to call the sheep’s milk cheese aged in their caves “Roquefort.”

Over the centuries, other cheese producers also in Aveyron region had been making a blue cheese from cow’s milk and calling it Roquefort as well.

On the 26th of July 1925, a law was passed reconfirming the medieval rights that Charles VI had granted.

The 1925 law meant that those making the cow-milk version had to seek another name: after a few decades, they finally settled on “Bleu des Causses”.

Eventually, in 1935, such protections were extended to other food products, with the protection being given the name of AOC — Appellation of Controlled Origin.

This web site generates income from affiliated links and ads at no cost to you to fund continued research · Information on this site is Copyright © 2022· Feel free to cite correctly, but copying whole pages for your website is content theft and will be DCMA'd.
Tagged With: Blue Cheese, French Cheeses