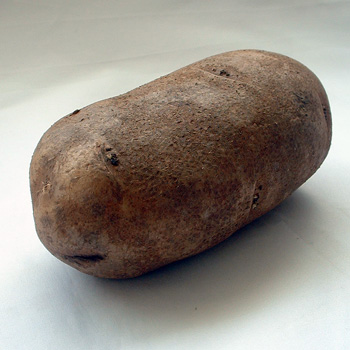 Russets is a term used in North American to describe a family of floury potatoes. They tend to be oval and large, some weigh up to a 500 g (a pound) each. They have a rough brown skin.

In North America, the best known variety in this family is the Idaho potato.

Use for baking, mashing and making fries. They won’t hold their shape after cooking, so don’t use for salads or in potato dishes.

The Idaho potato was developed by Luther Burbank, an American horticulturist.

When Brits hear “russet”, they tend to think apples rather than potatoes.