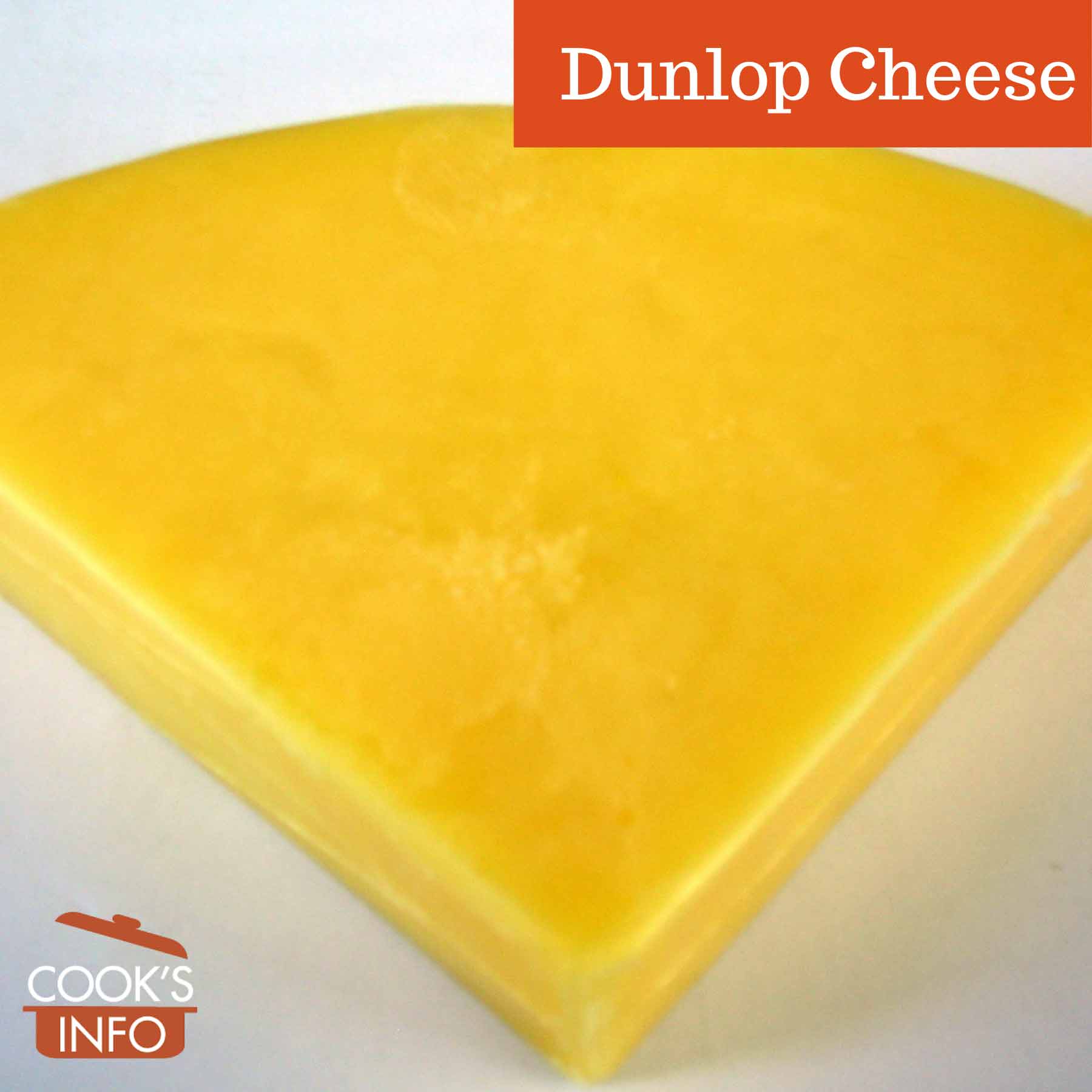 Dunlop Cheese is a cheddar cheese that is made from raw milk from Ayrshire cows.

It is now usually sold young, before it has fully ripened, when it is semi-firm and mild and creamy. It was meant to be a hard cheese with a stronger flavour, which requires 6 to 12 months of aging, during which it is frequently turned, but producers like to sell it while it is young because as it ages, it loses weight.

Though named after Dunlop, East Ayrshire, Scotland, the cheese is now mostly made on the Arran and Islay islands.

In March 2011, an Ayrshire maker of the cheese applied for European Protected Geographical Indication (PGI) status for the name “Traditional Ayrshire Dunlop.” The applicant was Ann Dorward of “Dunlop Dairy” in Stewarton, Ayrshire, who was also at the time the only remaining maker of the cheese actually in Ayrshire. [1]”The applicant company is the only company producing ‘Traditional Ayrshire Dunlop’ cheese in the defined area. However, the applicant recognises that any producer in the defined area has the right to produce the product in accordance with the specifications and the obligations imposed by the regulatory framework.” — Ewan Scott. Application to Register the name ‘Traditional Ayrshire Dunlop’ as a Protected Geographical Indication (PGI) under the EU Protected Food Name Scheme. A Consultation Paper. Food and Drink Industry Division of the Food and Drink Industry Division, Government of Scotland. March 2011.

The specifications suggested are that the cheese be sold as a harder cheddar, aged between 6 and 12 months, with an average of 10 to 12 months. They also suggest that Ayrshire cow milk is essential, because its smaller fat globules allow the butterfat to more easily be incorporated into the cheese’s curd. The milk used would have to come from the local area, either from the same farm where the cheese is made, or sourced from other farmers in the local area.

A starter culture, rennet and sea salt are added to the milk. These don’t have to be obtained locally.

Dunlop Cheese was invented by a Barbara Gilmour in Dunlop, Ayrshire, Scotland in 1688.

She along with others were forced to flee for their lives to Ireland. There, she lived in County Down, and learned how to make cheese to earn a living.

She returned to Scotland after the Revolution of 1688, and brought her techniques back with her. One of her ideas was to make cheddar from whole milk, which was an innovative idea at the time in Scotland. Dunlop Cheese was called “Sweet Milk Cheese”, which meant cheese from unskimmed milk. Her methods were widely copied by the end of the 1700s.

Gilmour intended her Dunlop Cheese to be a hard cheese with a strong flavour.

Production of Dunlop Cheese ceased in 1941, along with that of all other cheeses in the UK as producers were told to make only what was nicknamed Government Cheddar as part of the war effort. These regulations were only removed in 1954. Dunlop tentatively began reappearing in shops in Scotland in July 1954. 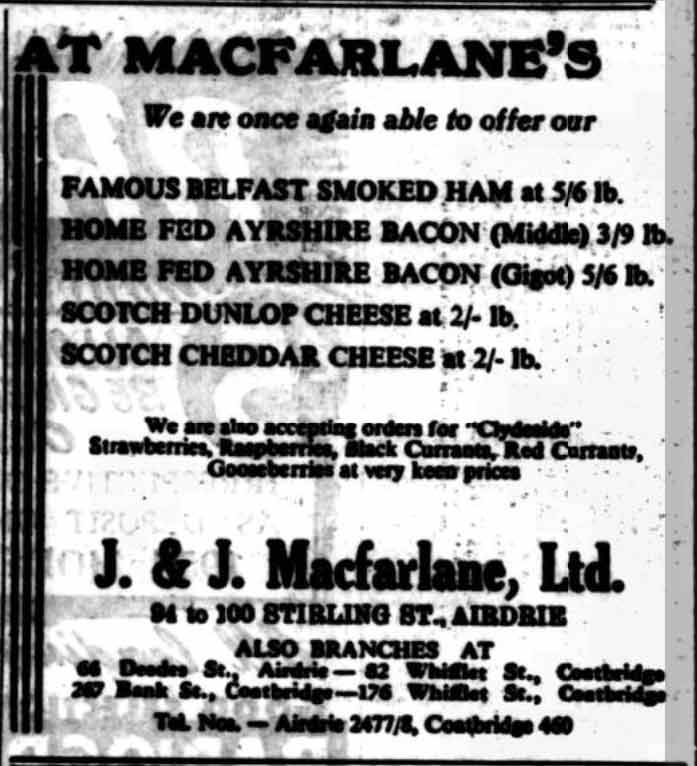 This web site generates income from affiliated links and ads at no cost to you to fund continued research · Information on this site is Copyright © 2023· Feel free to cite correctly, but copying whole pages for your website is content theft and will be DCMA'd.
Tagged With: Scottish Cheeses