×
You are here: Home / Flavourings 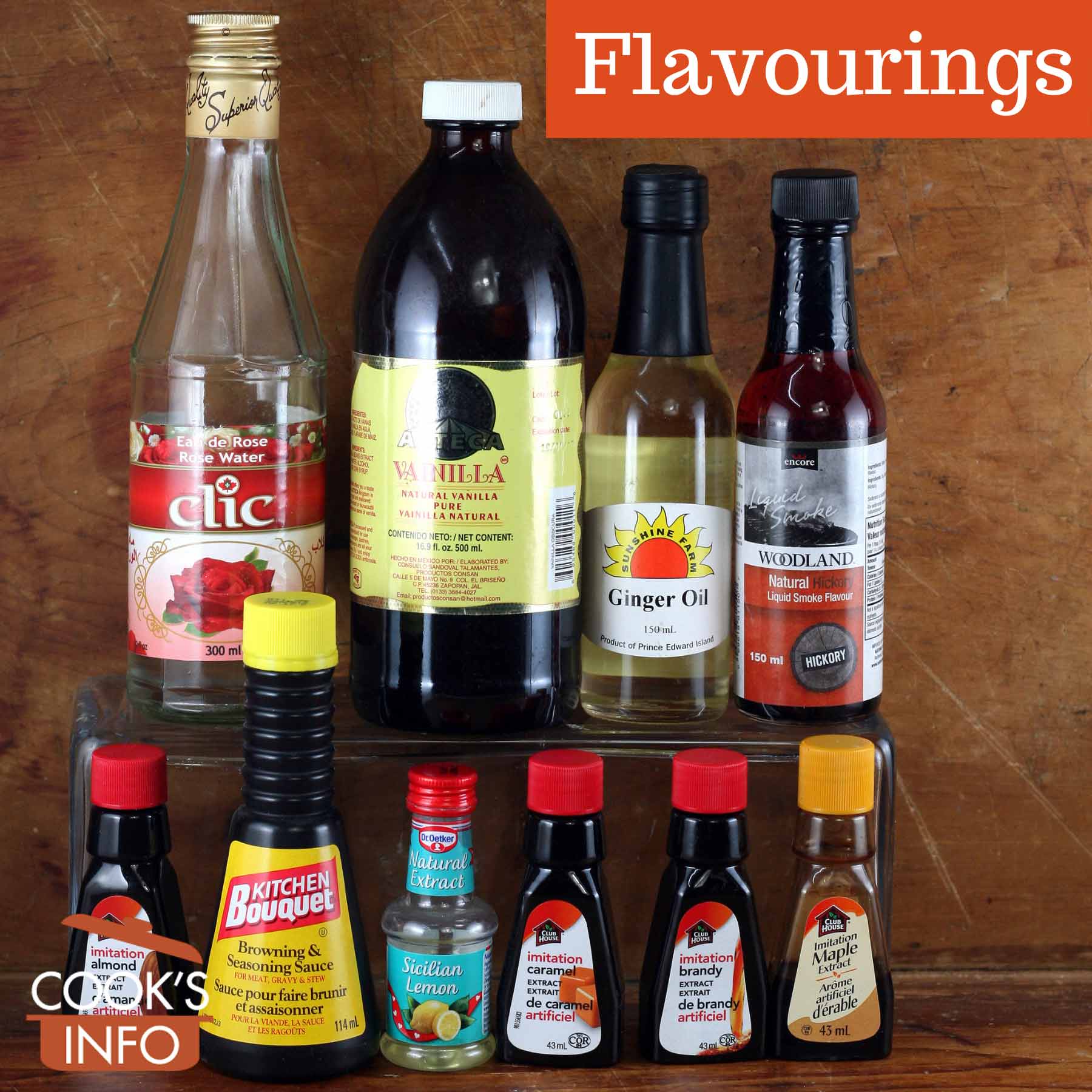 A flavouring is something not usually consumed as a food in and of itself. It doesn’t usually have any nutritive or medicinal value, and adds no volume or significant moisture to a dish. It will add, though, both taste and aroma.

We usually think of flavourings as being for baked or sweet goods, but many flavourings such as flavoured oils or liquid smoke are used in savoury dishes.

Flavourings are even used for animal feed, too. For instance, horses like the flavours of anise, cacao, apple and vanilla, while rabbits like anise, carrot, fennel, parsley, rosemary and thyme. Sports fishermen use flavourings on their bait to lure the fish in.

The most common type of flavourings used today are extracts, which are concentrated flavour extracted from things.

Most flavourings beyond herbs from the backyard were beyond the reach of the vast majority of people up until the start of the 1900s, and only slowly became affordable. Though most foodies abhor the very existence of artificial flavourings, it is because the artificial ones compete with real ones, forcing down the prices, that foodies can afford the real ones.

Most Muslim schools of thought hold that some extracts such as vanilla are “haraam” (forbidden) because alcohol is used in extracting the flavour.

Store extracts out of heat and light, as these will degrade your flavourings.