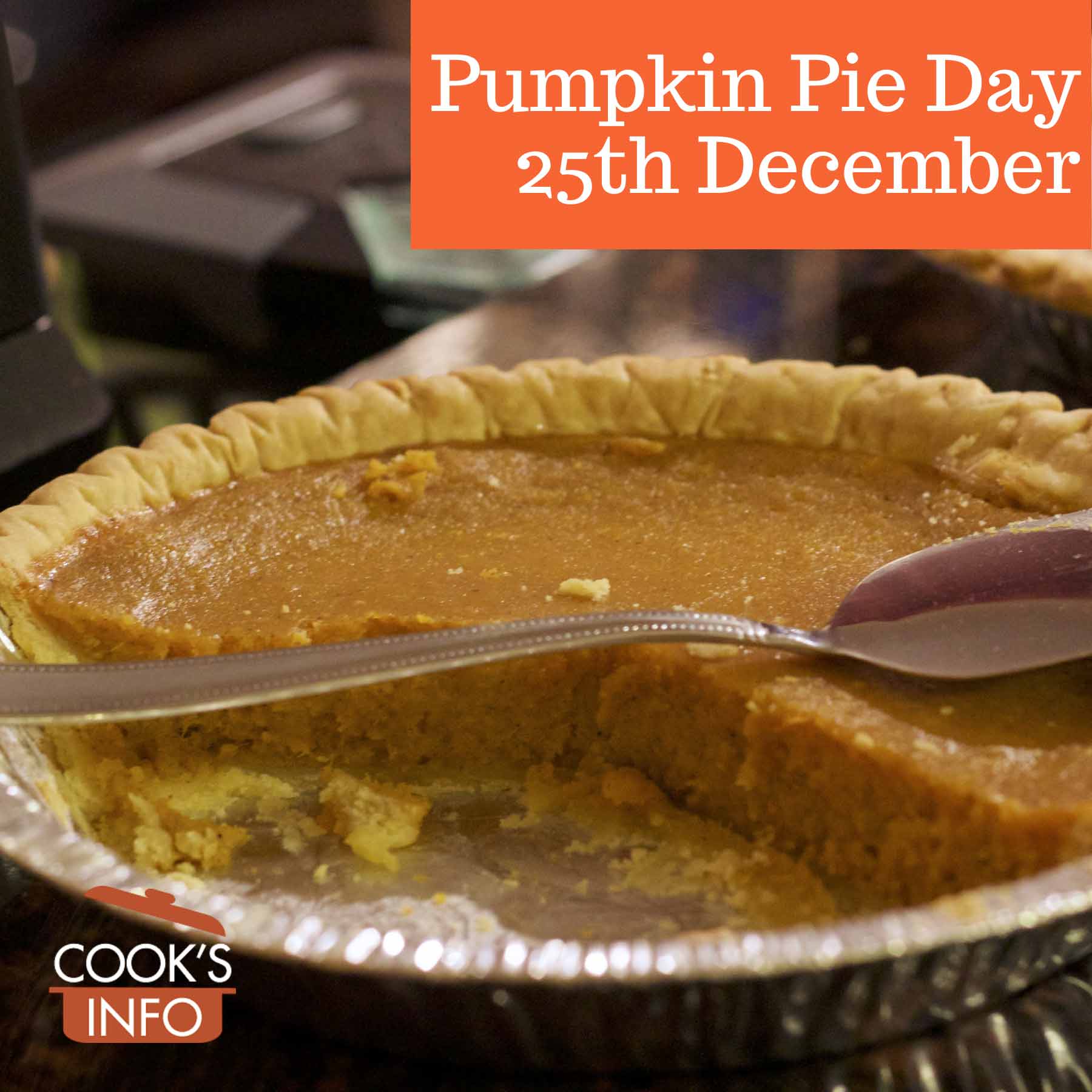 Pumpkin Pie Day is the 25th of December.

If you didn’t get enough pumpkin pie, at Thanksgiving, now’s your chance for seconds! Some people like to have Pumpkin Pie as their Christmas dessert — you know, just in case there aren’t enough other desserts going around on Christmas Day — so some lunatic decided to hijack Christmas Day and assign it to a pie, and everyone went, oh, okay!

At least it’s a food holiday that occurs at a sensible time of year, when pumpkins are still relatively fresh from the harvest. Mind you, most people will use the tinned pumpkin purée that the canning companies put down last year, but never mind. It might have sat on a store shelf all year but at least you’re eating it in season; it just happens that it’s in season because the season has rolled ’round again. It’s still the thought that counts.

Personally, given the easy availability of pumpkin in tins year round we’d rather have Pumpkin Pie Day at another time of year, perhaps at the start of the fall or in the dead of winter, when nothing else is going on, but no one asked us!

The first print media mention for a Pumpkin Pie Day falling on Christmas Day that CooksInfo is aware of dates from 1999 in Maryland. The source of the day is given as “Chase’s Calendar of Events:

Another suggested date for Pumpkin Pie Day is the 13th of August, though that date is definitely the product of a modern society that uses canned goods, coming as it does about two months before pumpkins are ready to harvest. Other suggested dates you may see floating around are the 31st of October and the 21st of November.