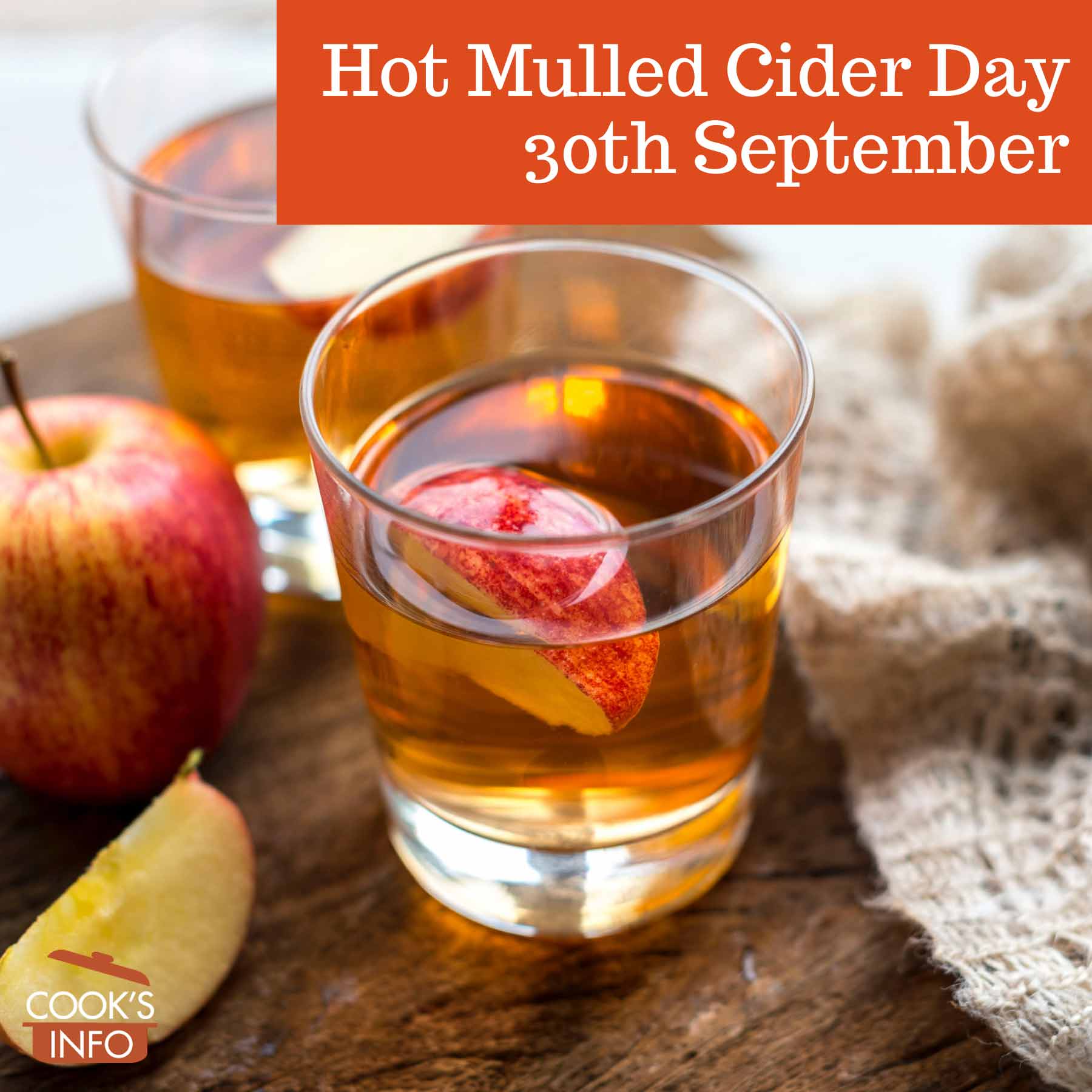 The 30th of September is Hot Mulled Cider Day.

It celebrates warmed and spiced cider.

Making this beverage is a traditional fall activity. In fact, some  people view today as the official kick-off for the fall season in the Northern Hemisphere.

There are two types of apple cider:

What are your favourite spices in mulled apple cider?

Pros recommend using only four or fewer different flavourings to avoid overwhelming the taste of the cider itself.

You can even buy already-made mulling bags with a spice mix right in them.

Do you like to add sweetener such as brown sugar, or just go with any natural sweetener already in the cider?

As an aside, the day is Mulled Cider Day — note that it doesn’t actually specify that the cider has to be apple, and also note that there is another type of cider that people usually forget about, which is pear cider, otherwise known as perry. So you might wish to give that a go today! (There’s also peach cider, known as “mobby”.)

The earliest print mention that CooksInfo is aware of for a “Hot Mulled Cider Day” on the 30th of September dates from 2011 in New Hampshire:

“Friday [30th September]. Mull it over: With apples ripening on the trees and the chill of autumn creeping in, hot mulled cider is a perfect fall beverage choice. National Hot Mulled Cider Day, which we celebrate today, is the first of the cold weather hot drink holidays.” — The Week in Preview. Nashua, New Hampshire: Nashua Telegraph. Monday, 26 September 2011. Page 3, col. 1.

This web site generates income from affiliated links and ads at no cost to you to fund continued research · Information on this site is Copyright © 2022· Feel free to cite correctly, but copying whole pages for your website is content theft and will be DCMA'd.
Tagged With: Cider