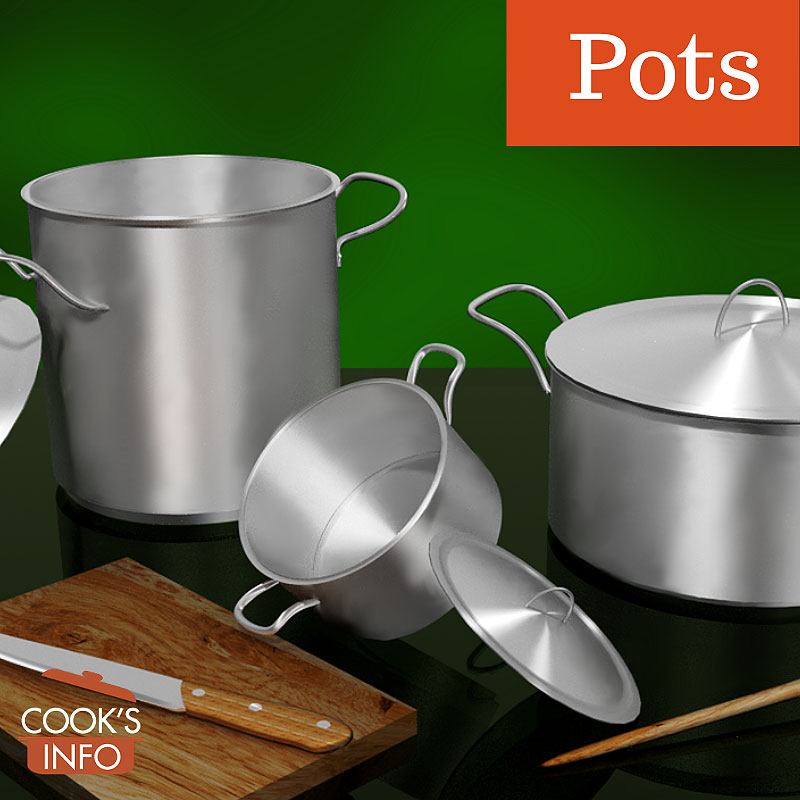 A pot is a high-walled vessel that you put stuff into for the purpose of cooking, storing or preserving.

The role of a cooking pot is to contain food over heat, and deliver heat from an outside heat source — fire, burner or oven — to the food inside.

Pots are sometimes used for serving from as well, as in mustard pots and teapots. Jam pots (aka jars in North America) can be used to be preserve jam, and serve it.

A pot can also be a trap for seafood, such as a lobster pot.

Pots are usually round and deep, though lobster pots are generally rectangular. Pots often have a lid.

Pots can be made of glass (for storage or cooking, as in Pyrex pots or coffee pots), metal or pottery. Stove top pots are usually made of metal, with lids, and will be deep and round.

There are also lots of non-food uses of pots, such as flower pots, chamber pots, chimney pots, paint pots, etc.

To pot food is to preserve it. 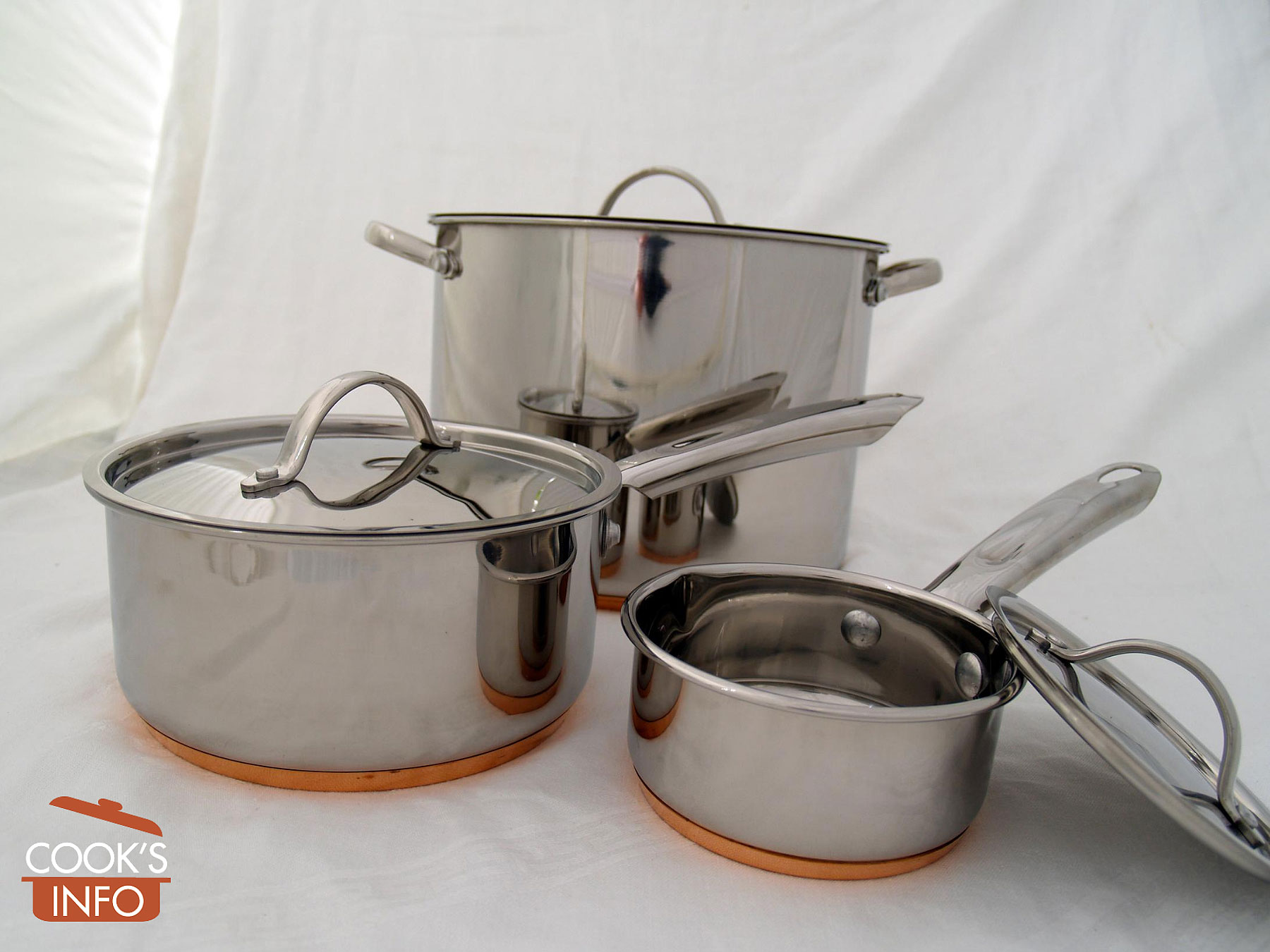 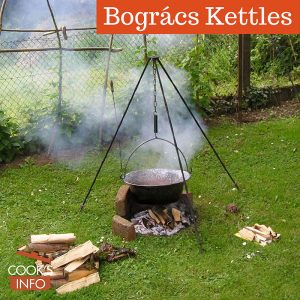 Bogrács kettles are large Hungarian kettles used for outdoor cooking over an open fire, particularly for dishes such as goulash. They are completely open and have no cover.

A Charentais devil is a low, flat unglazed earthenware pot with a small opening at the top and a lid. It is used for dry cooking. 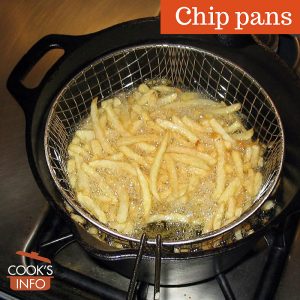 A chip pan is a deep pot used to fry chips (aka "French Fries" in America) in hot oil on stove-top burners. They are now actively recommended against by all food and home safety authorities because they are a frequent cause of household fires, and in... 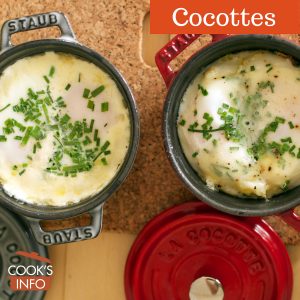 A cocotte is an ovenproof dish. It can be made of ceramic or cast iron. They are often small. Small ones may be lidless; larger ones may have lids with short spikes protruding on the underside. 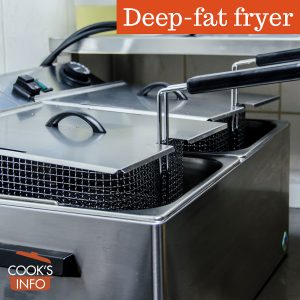 Deep-fat fryers are cooking vessels designed for the frying of foods in several inches or more of hot oil. Food safety experts now advise against stove-top ones and recommend instead electric ones that have safety cut-offs. 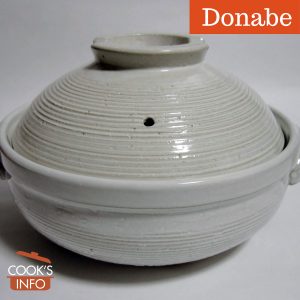 A donabe is a lidded Japanese crock made of clay or earthenware for simmering and stewing in. 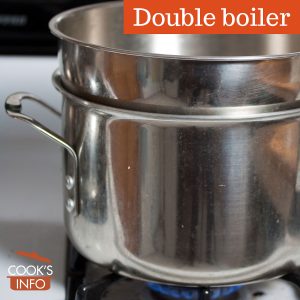 A double boiler is a set of two pots that uses water between the source of heat and the item being heated or cooked in order to moderate the level of heat being delivered. 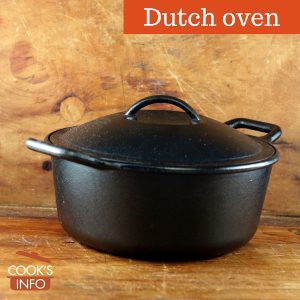 Dutch ovens are generally large, wide, stout pots that can be made from a variety of metals. Some are oven safe. There are two main categories: modern ones meant for use on modern stoves, and more traditional ones made for use over open wood fires. 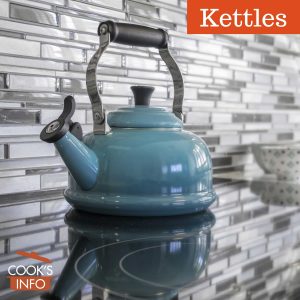 A kettle is a vessel designed to boil liquids in. These days, the purpose is mainly to boil water for hot drinks such as tea, coffee or hot chocolate, but historically kettles would have been used also for liquid dishes such as soups and stews. 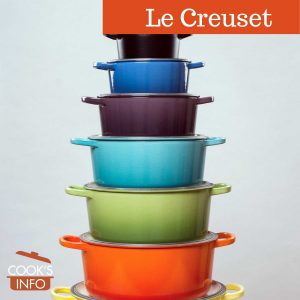 Le Creuset is the brand name of a line of stove and ovenware. It is best known for its cast iron pots and pans coated in porcelain enamel. Marilyn Monroe's 12-piece set may have been the most expensive set of cookware ever sold at auction. 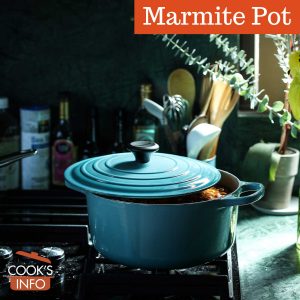 A marmite is a low, hefty, squat pot. It has only slightly sloped sides, with a lid and two short handles, one on each side. Marmites are used for braising, soups and stews. 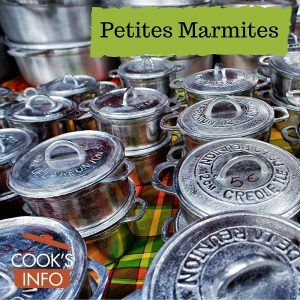 Petites Marmites are miniature versions of a full-sized marmite pot. They have handles, lids, and straight sides, and are used as individual soup bowls. 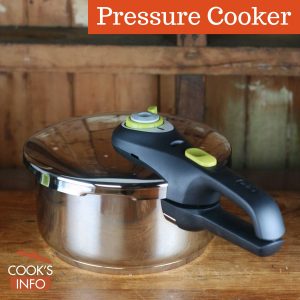 A pressure cooker is a pot to cook food in under pressure. The presence of pressure can reduce both the cooking time and the energy used to cook something by as much as 50%. 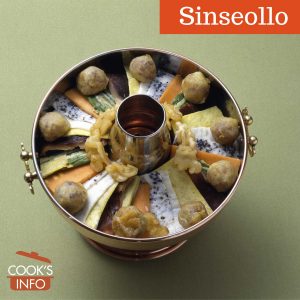 A sinseollo (aka sinsollo) is both a Korean cooking pot, and the hotpot dish made with it. 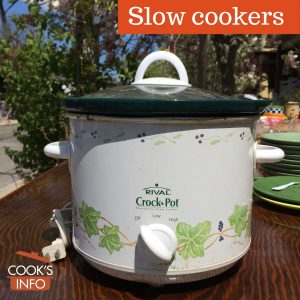 A slow cooker is countertop electrical appliance. It is designed to slowly cook the food put in it over a period of hours at a low temperature in a moist environment. 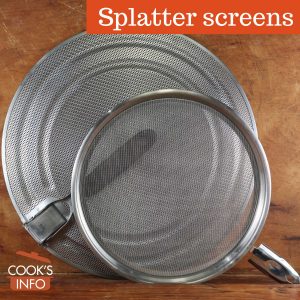 A splatter screen is a screen consisting of a solid rim with mesh stretched between the sides. It acts as a cover to a pot or frying pan to stop fat, grease and liquid from splattering around the cooking surface. 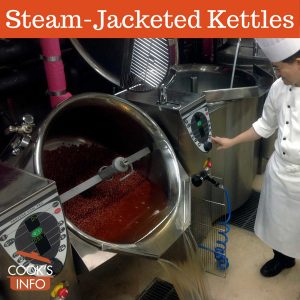 Steam-jacketed kettles are very large, deep kettles with an inner and an outer layer, in between which steam is pumped to heat the kettles and cook food in them. 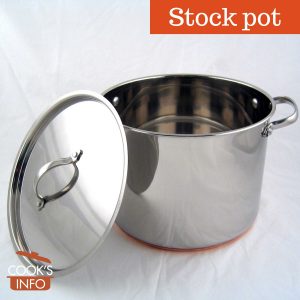 A stock pot is deep pot, much taller than it is wide, made of metal with straight sides. The height causes a "convection current" to develop in the stock, helping to keep heat slowly flowing in the pot through the ingredients. 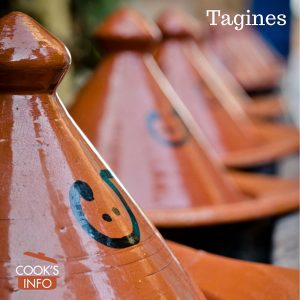 Tagines are clay cooking vessels designed for low and slow cooking of food. Their shape concentrates flavours while allowing water vapour to escape.
This page first published: Jul 13, 2010 · Updated: May 22, 2022.

This web site generates income from affiliated links and ads at no cost to you to fund continued research · Information on this site is Copyright © 2022· Feel free to cite correctly, but copying whole pages for your website is content theft and will be DCMA'd.
Tagged With: Cookware, Pots