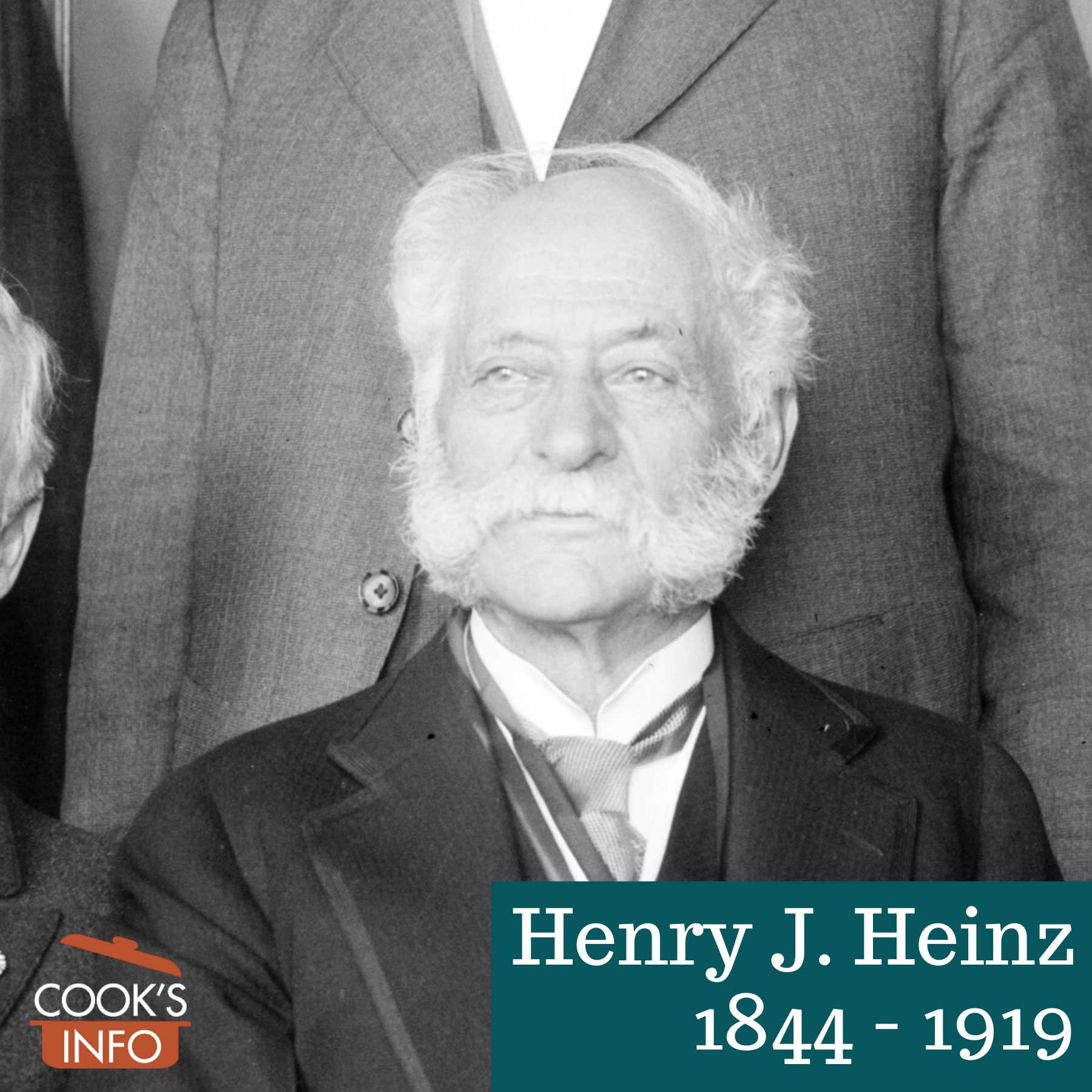 Such products provided convenience to housewives, who previously had to make all their home products from scratch.

Heinz wasn’t the first to market with such products in America. In fact, imports of British commercially-prepared foods had been underway for several decades before him. The problem was while the imports were of good quality, they were a bit pricey, and while the domestic American competitors to these goods were more affordable, they had acquired in the public’s mind a bit of a dodgy reputation, and housewives just didn’t trust a lot of them.

Heinz decided to win their trust by selling his food items in clear glass bottles so you could see what you were getting. This was an innovation.

He, and later his son Howard, also introduced defined quality control procedures in his food processing plants, and would even invite people into his factories to see how clean they were and how well-treated his employees were. He parlayed this trust into an empire through his natural marketing and advertising savvy.

Heinz ketchup sold in America today is made in Ohio and Iowa.

Heinz baked beans are such a staple in Britain that some Brits are actually surprised to learn the company is actually American.

Henry John Heinz was born and died in Pittsburgh, Pennsylvania. Other industrial titans to come from Pittsburgh were Carnegie, Mellon and Westinghouse; Milton S. Hershey came from Pennsylvania as well.

The world headquarters of Heinz is still in Pittsburgh, where the company was founded.

Chronology of Henry John Heinz and his company