×
You are here: Home / Archives for Cinco de Mayo 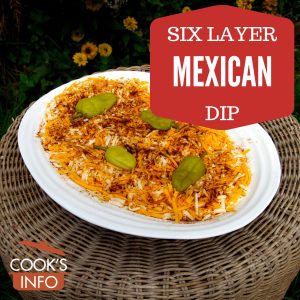 A hearty dip that will have people hovering by the bowl, so place it somewhere out of traffic flow. Serve with tortilla chips to scoop it up with. 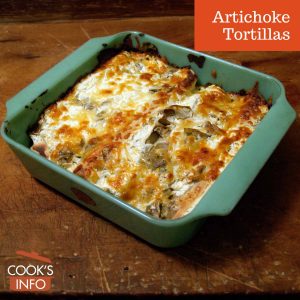 These artichoke (and mushroom) tortillas make for a delicious and filling main course; just serve with some rice or a side salad. 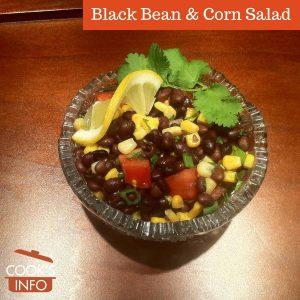 This salad looks dramatic, tastes amazing, and is an ideal make-ahead recipe. The combination of the beans and corn also provides a complete protein. 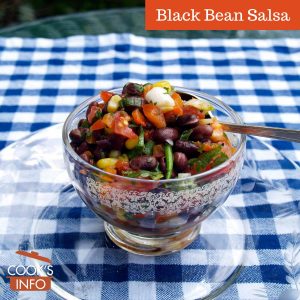 This is a good make ahead recipe for when a crowd is coming. In fact, it’s even better made a day ahead — the flavours will get a chance to marry. 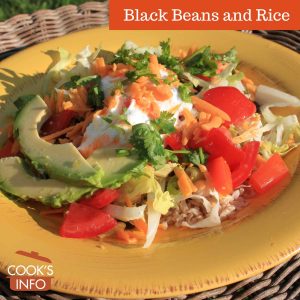 This is a wonderful meal reminiscent of Central American beans and rice plates. It’s perfect for hot summer evenings because it’s filling but not heavy, with its layers and layers of different flavours, some meaty, some refreshing, some tangy. 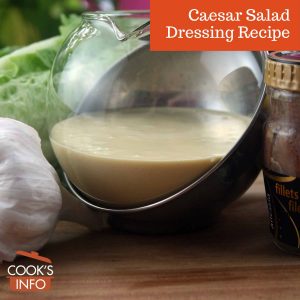 This version of Caesar Salad Dressing, which hails from the 1940s, is considered one of the more acceptable close-to-authentic versions. It’s easy to make — just assemble it all in a blender, and whiz. Make up to a day ahead and store in fridge. 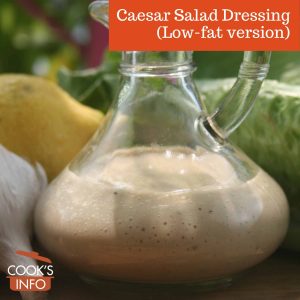 Caesar Salad is usually incredibly fattening, sadly. This incredibly delicious version is very close in taste and composition to the 1940s classic versions, while lightening the salad up a fair bit.

Dead easy. You can make the tortilla bowls up to a day ahead. 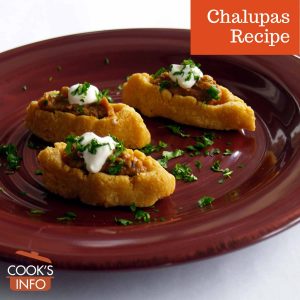 Chalupas means little boats. They are made of cornmeal-dough, formed into little canoes, deep-fried and then filled with toppings of your choice. 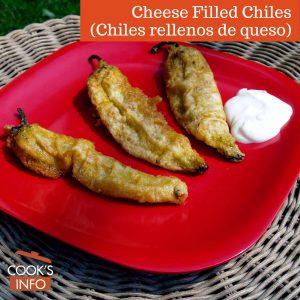 These are spicy chiles, stuffed with cheese, battered and deep-fried. Simply amazing.

Set a platter of these out at a party, and stand back.

Serve accompanied with guacamole on a bed of shredded lettuce and top the guacamole with a good dob of sour cream. Thin slices of radish and olives also dress it up. 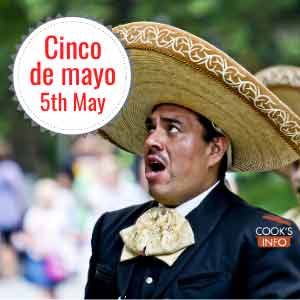 The 5th of May commemorates a Mexican victory over the French army in 1862 at the Battle of Puebla.

This is one of those free-flowing recipes; for your convenience, a few arbitrary measurements are attached, but really it’s up to how much you want to make and your tastes.

Lovely with bacon. Try these for a summer breakfast, or for an American southwestern themed lunch or light supper with a side salad.

More like a soup, it’s meant to be served in bowls. Best if made a day ahead of time then reheated for serving.

These are great nibblies.

This is dead easy, and your guests will hoover these up. And, it looks stunning.

Migas can be served for any kind of meal. Excellent with flour tortillas, sour cream, salsa, black beans, etc. 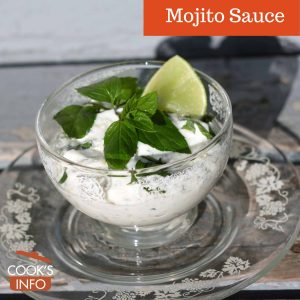 This mojito sauce has a wonderful mellow lime, mint and run flavour to it, without the mint overpowering. It’s particularly good with grilled seafood such as grilled calamari, shrimp or scallops, but also try it with other things such as grilled vegetables

Hummos on nachos? Who’da thought? But it is actually a fantastic, morish combination. 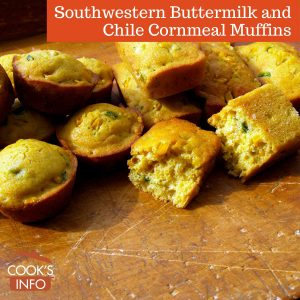 Delicious morish cornmeal muffins that are crispy on the outside, and extremely moist inside, with the corn and pepper chunks in them raising the idea of cornmeal muffins to a while new level. People can’t stop themselves from reaching for these.

This goes great with Mexican food. You can also make a warm version of this.