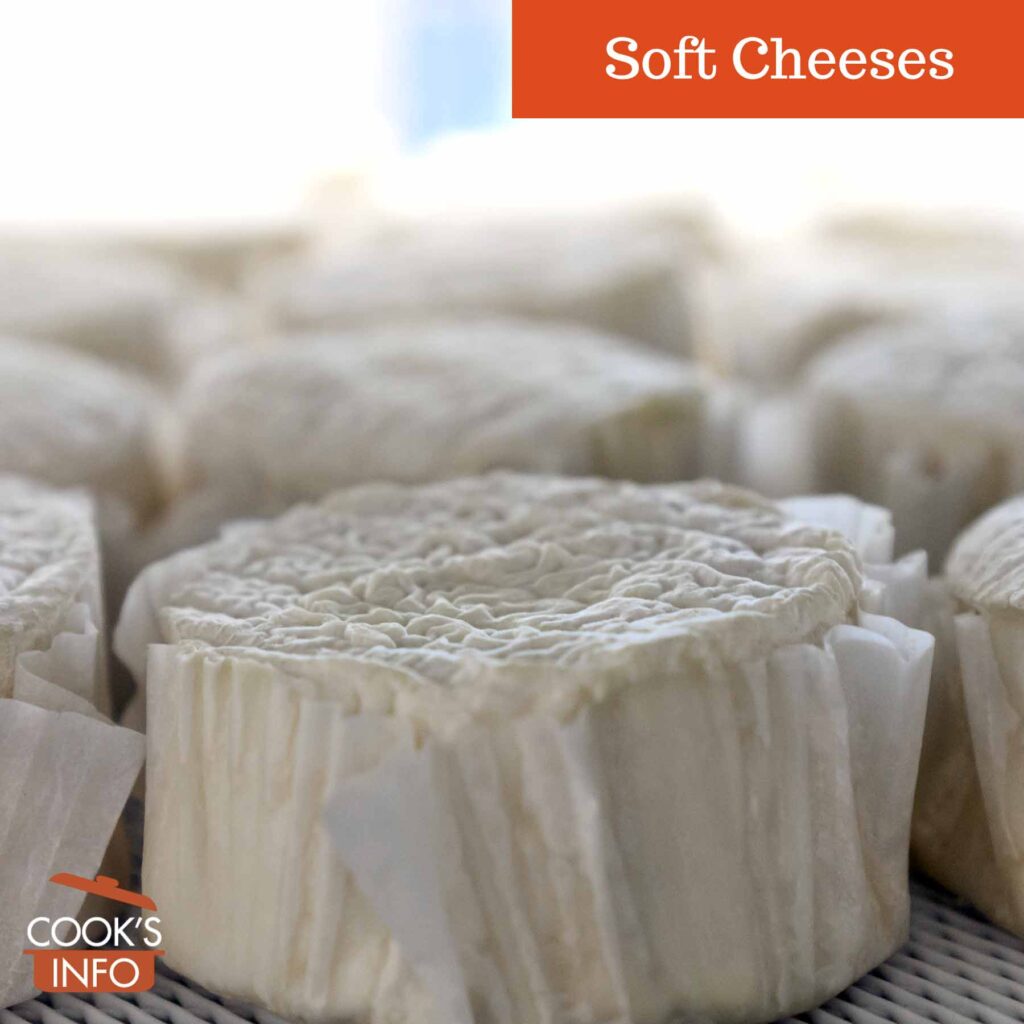 A soft cheese is a cheese with a good deal of moisture in it, keeping its texture so soft that it is usually spreadable.

The process of making soft cheeses differs from making “hard cheeses” in that the curds aren’t pressed to squeeze out the whey, as they would be for instance in making a hard cheese such as Cheddar. Consequently, they have a high moisture content, making them ideal growing places for mould. This is taken advantage of in making the ripened soft cheeses, as in Camembert or Brie, though you don’t want to see green mould growing on top of the unripened ones, such as when you open a tub of cottage cheese or quark in the morning.

The ripening is done in moist environments:

“Dry surroundings are necessary for cheeses which are to be hardened; a moist environment suits soft cheeses and promotes the growth of surface organisms.” — Davidson, Alan. The Oxford Companion to Food. Oxford, England: Oxford University Press. 2014. P. 164. Kindle Edition.

Ripened soft cheeses are mostly continental European in origin, whereas British and North American soft cheeses traditionally were more likely to be unripened.

Any kind of milk can be used in making soft cheeses, whole or skim, cow, goat or sheep. Many soft cheeses are enriched with added cream as well. The milk used to be left to sour naturally, but this won’t work with pasteurized milk, so starters have to be added instead.

The fat content of soft cheeses varies greatly from one type of cheese to the other.

Soft cheese as a recipe ingredient

This web site generates income from affiliated links and ads at no cost to you to fund continued research · Information on this site is Copyright © 2022· Feel free to cite correctly, but copying whole pages for your website is content theft and will be DCMA'd.
Tagged With: Cheese Technical Terms, Soft Cheeses